The Hand of God on America

Dan Celia
|
Posted: Jun 30, 2017 12:01 AM
Share   Tweet
The opinions expressed by columnists are their own and do not necessarily represent the views of Townhall.com. 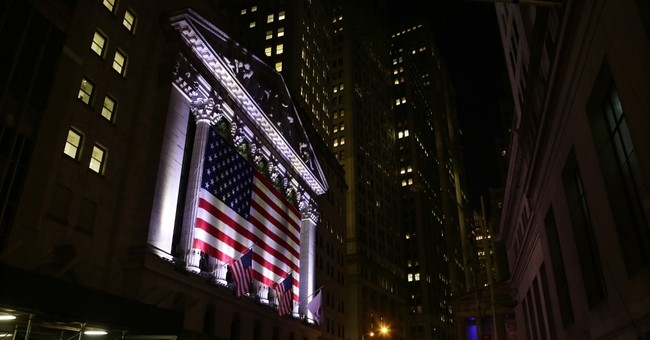 On July 2, 1776, the Second Continental Congress in Philadelphia voted to approve a “Resolution of Independence” that would legally separate the 13 colonies from Great Britain.

On that same date, founding father—and future President—John Adams wrote a letter to his wife that said, in part, “The second day of July 1776 will be the most memorable epoch in the history of America. I am apt to believe that it will be celebrated, by succeeding generations, as the great anniversary festival. It ought to be commemorated as the Day of Deliverance by solemn acts of devotion to God Almighty…”

Adams’ prediction was off by two days, but one thing was certain: our nation’s formation was surely a solemn act of God that should be held up with great devotion, even to this day. Still, I can’t help but wonder how many of us will take the time to think about the intervention of God on this Fourth of July holiday that we will observe across this great land.

Surely we can see the hand of God, not only in the writing of the Declaration of Independence, but in the Revolutionary War that followed.

One thing hasn’t changed much since that time—but hopefully is as apparent today as it was back then—the hand of God is still on this nation. We know that the Constitution of the United States and the Declaration of Independence were surely written by men submitted to God.

I don’t need a brilliant man as a leader as much as I need one brilliant enough to defer to the will of God. Our nation has weathered many storms, which has allowed us to enjoy 241 unparalleled years of freedom. This could only have taken place because of the hand of God in our midst.

Like many on-air hosts, I whined, moaned and complained to tens of thousands of people throughout the entire past presidential administration and for two years prior to that.

I find myself often doing the same about this current administration. But it’s more about the state of the union, the state of disunity among those who are in control, and what seems to be a lack of concern for doing what is right for the good of the people, the good of the nation and for future generations.

I don’t perceive any unity that we can feel good about or stand firm upon. While the founding fathers who wrote our founding documents certainly did not agree on everything, their statesmanship still shines on in the 21st century.

The art of negotiation, compromise and that unwavering unity, which came from God first and love of country second, was all that was needed to create an atmosphere of cooperation. This spirit of progress enabled the 13 colonies to develop into the greatest nation on Earth.

Although it’s sad to say in this day of political correctness, I don’t expect to see a Congress that is unified around one God. But I pray our lawmakers will follow their oath to be unified in the defense of our nation, our freedoms, our Constitution and our republic.

Maybe this Independence Day will be a time we reflect on the great courage and statesmanship of our founding fathers. Maybe it’s time we reflect on unwinnable wars that were won because of America’s unity and faith. Perhaps this Fourth of July, we can reflect on our founding, and honor our fallen heroes and those who still serve today, and remember the strengths of this great country.

On Tuesday, let’s also reflect on the greatness we have yet to see, and know it can be easily obtained. However, we must find statesmen willing to set aside their differences for the good of the greatest nation on earth, the home of the brave and land of the free. God bless America.