In War, Numbers Tell Only Part of the Story

Dakota L. Wood
|
Posted: Sep 20, 2019 3:07 PM
Share   Tweet
The opinions expressed by columnists are their own and do not necessarily represent the views of Townhall.com. 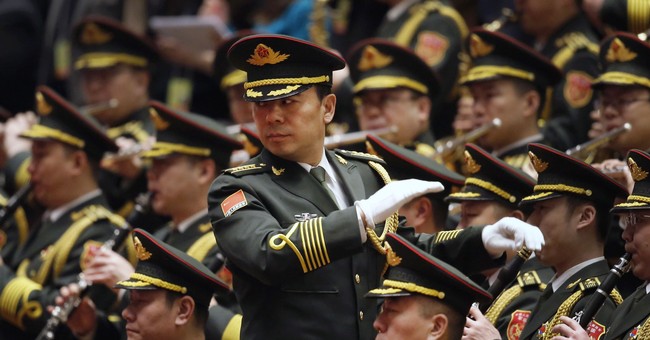 A thoughtful report on the prospects of the U.S. winning a war against China caused quite a stir in defense media circles recently — as well it should have. After all, its conclusion was that such prospects are slim indeed.

But in focusing on raw numbers, the report lacks some important context.

Yes, the size of a military, the technologies it brings to battle, and how it is positioned are key factors when assessing the prospect of victory. But such metrics do not tell the whole story, and the current spate of hand-wringing, while understandable, should not lead to fatal pessimism.

China holds many advantages when one considers sheer numbers, the geography and distances involved, and the bases and airfields in the Indo-Pacific region currently used by the U.S. military. It possesses a navy larger than the U.S., not counting its ”hidden fleet.”  On its current course, China will have upwards of 560 ships and submarines by the mid-2030s to the U.S. Navy’s projected 355.

Much has also been made of the risks posed to U.S. bases in the region by China’s investments in an assortment of missiles. So yes, on the face of it, the odds are stacked against the U.S.

But often underreported, if mentioned at all, is the importance of experience in warfighting. It is one thing to train a force for war and quite another to use it in a real battle. The last time China engaged in a war of any sort was against Vietnam in 1979, 40 years ago; it lasted barely one month, was almost exclusively land-based, was conducted across a common border, and was largely considered a loss for China. And the last time China engaged in a naval battle, it was soundly defeated by the Japanese in the Battle of the Yalu River, in 1894.

On the one hand, the Chinese are very aware of their lack of real-world experience, hence their study of U.S. operations since the end of the Cold War. But on the other, it takes such experience against a capable opponent, when operations cannot be scripted and one’s plans are being thwarted by an enemy, to learn what it really takes to prevail.

The U.S. has been conducting military operations large and small, in many settings, against many different types of opponents, with a dizzying variety of equipment and supporting systems, and at great distance from home for decades. No other country comes close to the experience accumulated by the U.S. military.

And while experience is somewhat ephemeral as individual people leave the military and are replaced by others, the accumulated experiences shape the culture of the services, inform doctrine and ‘best practices,’ and provide the basis for the types of equipment and systems and how they are used in operations. Further, they provide the intangible understanding that battle brings surprises and that the first shots of the war do not determine the final outcome.

Yes, the U.S. military is two-thirds the size it was at the end of the Cold War, is stretched to accomplish all of the tasks assigned it to address America’s security concerns globally, and is faced by mounting financial challenges that call into question whether it can effectively modernize its portfolio of equipment that has been prematurely aged by 18 years of near-constant operations since the terrorist attacks of 9/11. But if faced with a war against China, the military would globally source all of the assets and people it would need to defend core U.S. national interests, and it would leverage decades of warfighting experience and the professionalism of its people to win that fight.

The U.S. has built global distribution and support systems and an extraordinary ability to share information across service lines and with allies. It has more than a half-century of experience in combining all sorts of weapons and tools to defeat enemy efforts and to achieve military objectives. And it is populated by talented men and women who come from a society that prizes individual initiative, innovation, truly collaborative teamwork, and trust. Lastly, the U.S. has a long history of marshaling the support of friends and allies in common cause to stand against threatening, authoritarian regimes.

China has little depth or experience in any of these areas and poses the sort of threat that would rally regional states to join with the U.S. While numbers and position favor China’s hand in the current conditions of peace, conditions will change in war and it is in that cauldron that the American military would have the upper hand.

The U.S. should never be counted out before bullets start flying. Americans and our allies should take heart in this, and our competitors should take great care in assuming otherwise.