Stocks in the News: Apple IPhone Outdoes Itself with Record Sales

Welcome to John Ransom's Stocks In The News, where the headline meets the trendline. Stocks in the News is produced by Ransom Notes Radio and Goodfellow, LLC. Crista Huff manages Goodfellow LLC, a website that recommends outperforming stocks using fundamental and technical analysis.

"Apple sold 9 million iPhone 5s and 5c models, nearly doubling the sales of its best previous debut weekend. S&P says, “We see AAPL as well-positioned for the holiday shopping season.”The company is also guiding Wall Street toward the high end of its estimates on fourth quarter revenue and margins.However, earnings are still expected to fall about 10% this year, then grow slowly from there."

In other Apple news, one of the most respected hacking groups in the world has apparently successfully hacked Apple’s Touch ID fingerprint scanner, causing embarrassment to Apple.

The share price is up about $20 today, and will likely reach $505, then pull back to the high $480’s.Apple bulls should try to accumulate shares below $490. Everyone else should look for companies with double-digit earnings growth. 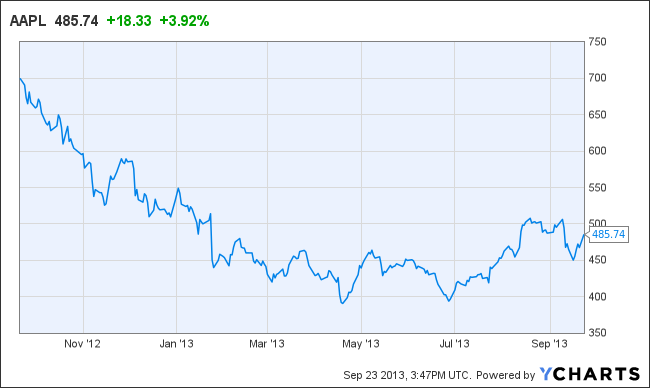 Earnings are expected to grow 6-11% per year over the next three years.The PE is high at 23."

ADT separated from former parent company Tyco International last September.The stock rose to $50, bounced around at $39 this summer, and is now rebounding.The share price seems very inflated.Lucky shareholders should sell in the mid-$40’s and move on to an undervalued growth stock. 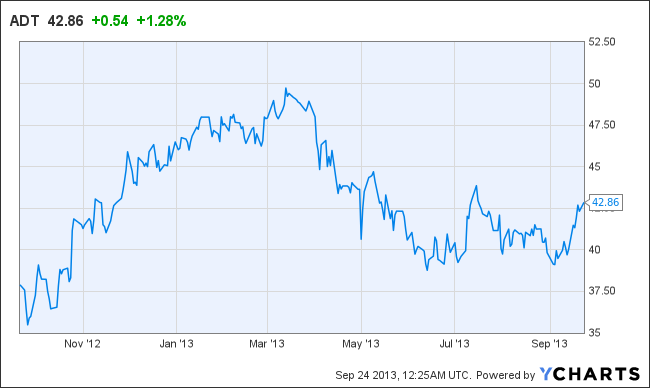 "Daily discount deal website Groupon Inc. has failed to convince a federal judge to dismiss a lawsuit, alleging that it misled investors within its ipo documents.Groupon went public in Nov. 2011, then five months later revised its fourth quarter loss downward and cited “material weakness” in its internal controls.The plaintiff might not attain class-action status, because he did not purchase his shares on the ipo."

Earnings growth prospects remain aggressive, but with a PE of 91, this stock is going to whipsaw on news reports. Expensive litigation and liability could quickly knock the bloom off this rose.

On August 8, we said to buy Groupon below $10.Shares are up 18% now.However, with serious litigation on the horizon, we would take the money and run.Bullish shareholders should decide how much profit they’re willing to lose, and then use stop-loss orders. 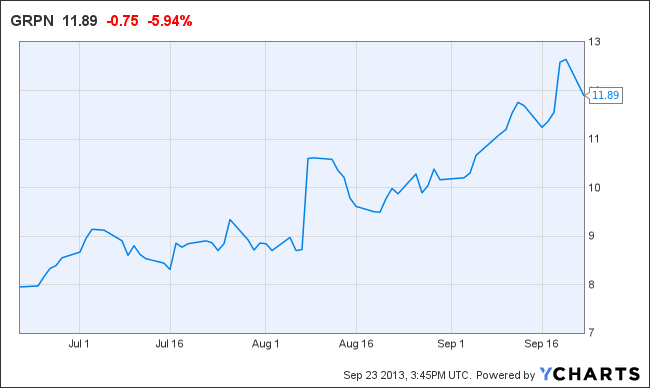