Stocks in the News: Target Stores Miss the Mark

The company expects no earnings growth, while Wall Street had expected 22% growth. The stock sold off today, losing all its gains for the year. Based on revised earnings estimates, the PE is 10.

Outerwall plans to repurchase $100 million of stock, which should help solidify share price support around $47. Despite a very low PE, without any earnings growth in sight, we would find a good exit point and move on to a growth stock.

Our Ransom Note trendline says: SELL OUTERWALL IN THE MID-$50’S. 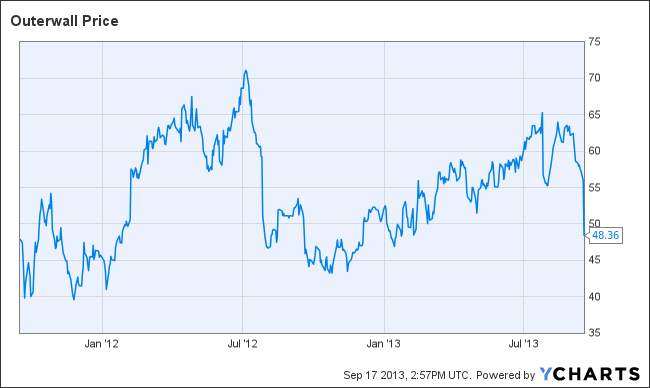 Target rolled out its new fashion collection from award-winning designer Phillip Lim on Saturday. Analysts visiting a Target location noted that almost all the Phillip Lim clothing sold immediately, and handbags completely sold out online. Mr. Lim has a celebrity following, and is now designing an exclusive line for Target.

We’ve been cautious on Target stock all year. The company has been plagued with earnings misses, now projected down 9% for the year.

After climbing steadily this year, the share price fell $10 in the summer, and seems to be finding support around $63/$64. Bargain hunters could jump in here, but we’d rather look for companies with more consistent earnings growth. 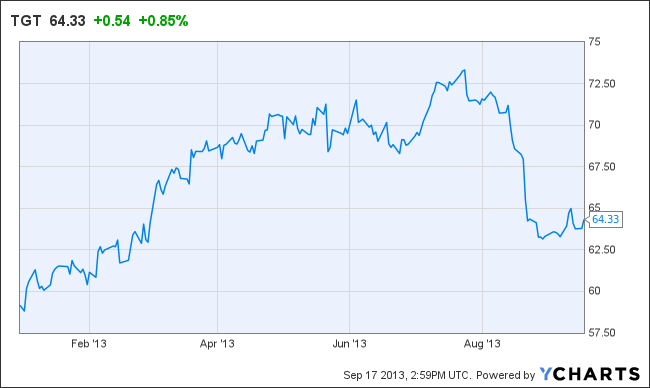 Take-Two Interactive Software Inc., maker of entertainment for gaming systems and pc’s, has released its latest video game, “Grand Theft Auto V”. S&P says, “We expect Grand Theft Auto V to break video game sales records based on the quality of the game, the number of pre-orders, and strong positive reviews.” Take-Two is expected to sell 26 million copies of the game through March 2014, and to recoup its original investment four-fold in the first month.

The stock broke out on the upside in August, and will likely trade between $16 and $21 near-term. Aggressive growth investors should take a second look at Take Two.