Dole Food Company has agreed to allow CEO David Murdock, who owns a 40% stake in Dole, to purchase all remaining Dole shares for $13.50 per share and assume all debt, thus taking the company private.  Mr. Murdock previously took the company private in 2003 and took it public again in 2009.

The deal is expected to close in the fourth quarter.  Current shareholders will likely make more money by selling into today’s rally and reinvesting in another growth opportunity, rather than letting their equity languish through the fourth quarter with no additional upside potential. 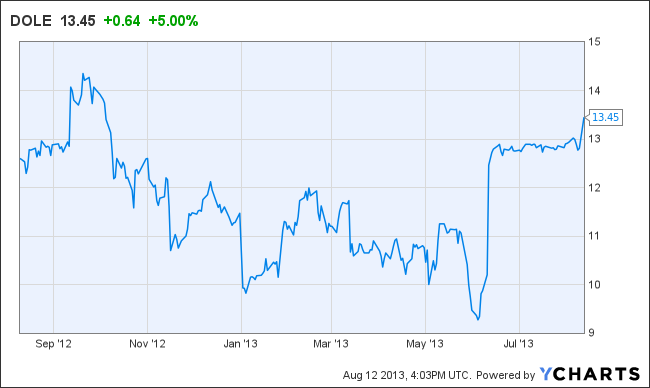 J.C. Penney Co., Inc., (SYMBOL: JCP) and the headline says: Dear Board of Directors, Time is of the Essence! – Citi Research

Shares in J.C. Penney Company are hitting ten-year lows as hedge fund manager and Board member Bill Ackman urges the company to replace its Chairman, amid revolving-door changes in the CEO position.  Ackman’s fund Pershing Square Capital Management owns nearly 20% of J.C. Penney stock, and Ackman is ironically driving the share price down with his high-profile activist agitation.  But the agitation pales in comparison to the devastation Ackman could cause by selling his shares.

The company is projected to have annual net losses for at least another three years, and cash flow problems are severe.

We told investors to sell their shares in J.C. Penney five times this year.  There is no honor in going down with this sinking ship. 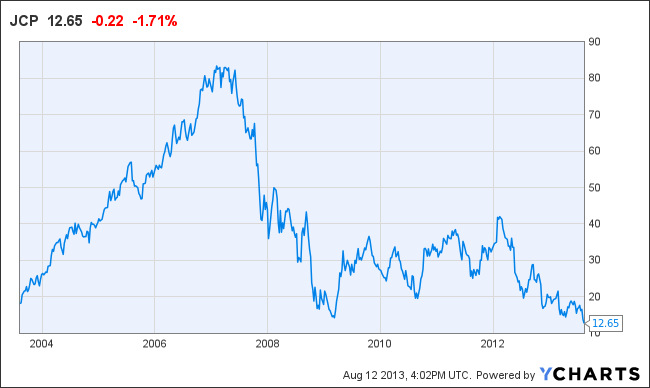 Morgan Stanley reported on a visit to Visa Inc. to discuss a District Court ruling over interchange fee provisions of the Durbin amendment to Dodd-Frank.  The ruling could impact Visa’s 2014 earnings by 11%, although Visa has mitigating  plans in place for a range of outcomes.

The market seems to have placed too much emphasis on the litigation.  Morgan Stanley commented, “The opportunity to displace cash [transactions] in emerging markets remains a meaningful opportunity, and governments have an incentive to increase electronic transactions for tax purposes.”  Government relations is Visa’s fastest growing business segment.

Despite new caps on interchange fees, Visa’s earnings projections have increased again in the last six weeks, to expected growth of 22, 17, and 17 percent over the next three years.  The stock has had a pullback and is resting at the bottom of a trading range between $176  and $195. 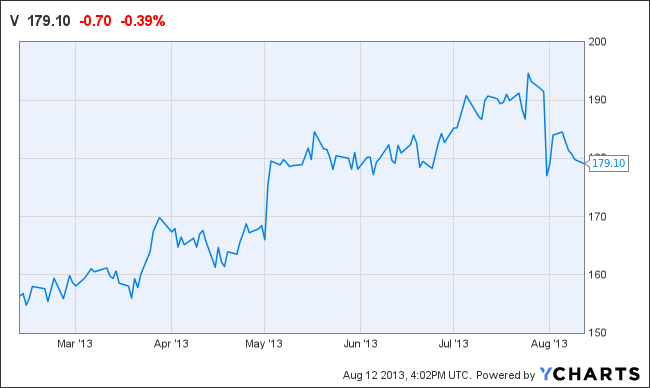