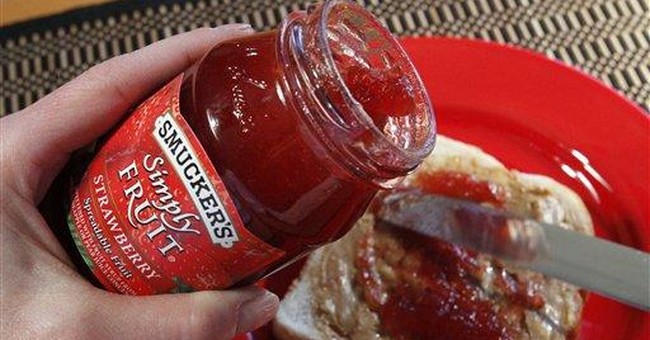 Competitors have been stealing P&G market share, with Unilever’s sales growth outpacing P&G’s four-fold in the past three years.  A $10 billion cost-cutting plan remains in effect through 2016.

On May 24, we told investors to stay on the sidelines due to the high PE, slow earnings growth, and neutral chart.  The stock’s still trading between $76 and $83. 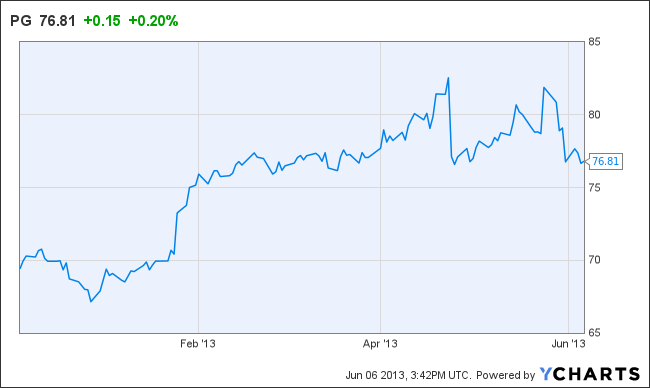 The J.M. Smucker Co., (SYMBOL: SJM) and the headline says:

J.M. Smucker Company reported fourth quarter earnings of $1.29 per share, above the consensus estimate of $1.15, led by strong coffee volume and profit growth.  Revenues were down 1% year-over-year.

Smucker stock rose steadily since last August, peaked in May, and is now establishing a new trading range between 98 and 105.  Shares appear fully valued at this time.

Our Ransom Note trendline says..... STAY ON THE SIDELINES. 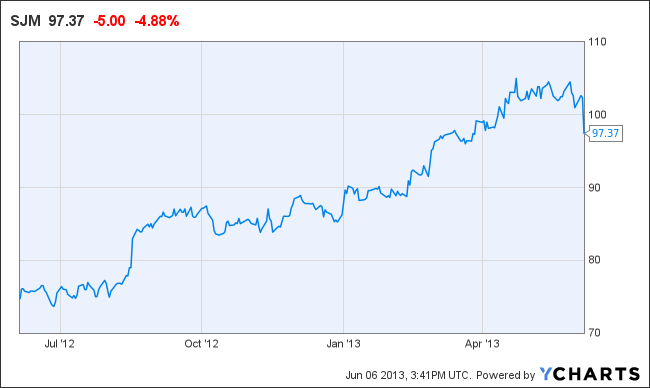 Ciena has not earned a profit since 2008, but is on track to chalk up record earnings per share in 2014 and beyond.  Caution is warranted, as the PE is 44, and the company has a very high long-term debt ratio.

The stock broke out of a trading range today.  A run-up could take the stock as high as medium-term resistance at $28.  Experienced aggressive growth investors could make money near-term. 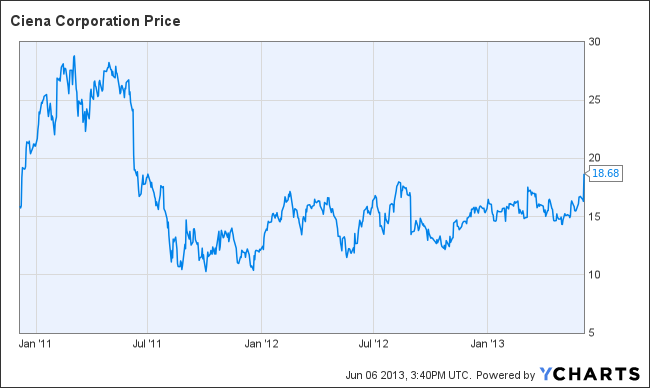