Facebook is revealing a new version of its smartphone software to analysts today, bearing similarities to Google’s operating system, with the goal of maximizing revenue through smartphone use.

Earnings projections remain steady from our last report in February, with growth expected at 8%, 37% and 33% over three years.  The PE is 46.

We said to avoid the stock when it was correcting in February.  Now it appears to be at the very bottom of a short-term price correction, but only experienced investors with an affinity for technical analysis should jump in here. 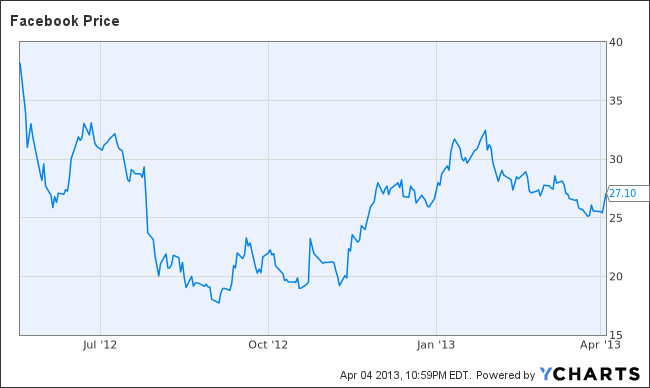 Starwood to Sell as Much as $3 Billion of Hotels (Bloomberg)

Starwood Hotels plans to sell up to $3 billion worth of hotels in order to focus on fee-based operations.  Starwood hotel brands include Sheraton, Westin and St. Regis.

Revenue from operations is expected to grow from the current 60% to a goal of 80%, making the company less susceptible to economic swings.  Earnings per share will be relatively flat in 2013, then grow 10% and 14% in the next two years.

The stock has been trading sideways for three years, and appears ready to break out and reach toward 2007 highs of $75.

Our Ransom Note trendline says: STARWOOD HOTELS IS A BUY FOR TRADERS. 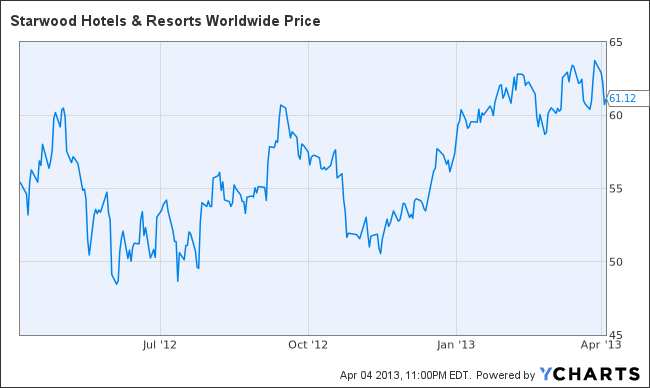 Pfizer Inc.’s epilepsy drug, Neurontin, is back in the courts.  Insurers continue to seek damages over allegations that Neurontin was illegally marketed for off-label treatment of bi-polar disorder.  The U.S. Court of Appeals in Boston has re-opened the door so that third-party payers can consider filing racketeering claims with class-action status.

Pfizer’s earnings are projected to grow at a slow 4% annual pace over the next two years.  The share price has had a big run-up, enhanced by the market’s recent enthusiasm for healthcare stocks.

Watch for price resistance at $29 to kick in near-term.  Shareholders will probably see the stock trade sideways for a while now. 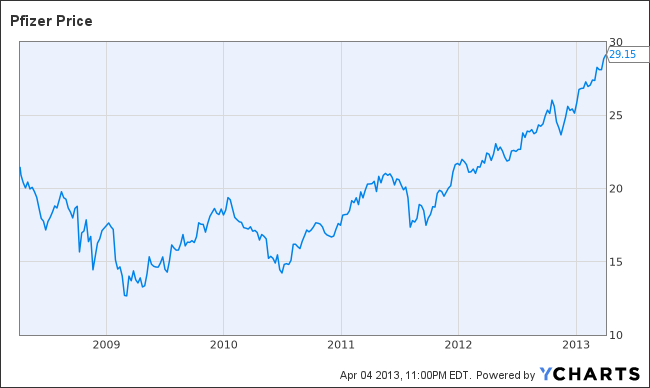