Mr. President, CO2 is not Pollution, it’s the Elixir of Life 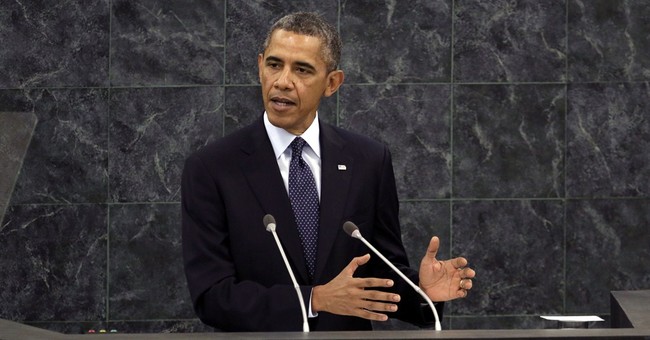 President Obama will attend a United Nations climate summit in New York this week where he will try to gather support for an international agreement to curb emissions of carbon dioxide (CO2), which he labels as carbon pollution. This could not be further from the truth. Talk with most any biologist or botanist and you will find an opposite perspective, one in which CO2 is the elixir of life.

We all learned in primary school that atmospheric CO2 is the building block of plant life, the primary raw material that they utilize during the process of photosynthesis. As demonstrated in literally thousands of laboratory and field studies, the more of that food there is, the better they grow.

In general, rising atmospheric CO2 endows plants with three major benefits, the most recognized of which is enhanced plant productivity. Typically, a 300 parts per million (ppm) increase in the air’s CO2 content (such an increase over pre-industrial values is expected to occur by the end of this century) will raise the productivity of most herbaceous plants by about one-third and most woody plants by about one-half. This is manifested by more branches, leaves, roots, flowers and fruit.

A second major benefit is increased water use efficiency. Plants exposed to elevated levels of CO2 need less water to produce the same, or an even greater mass, than they do at lower concentrations. Finally, higher levels of CO2 reduce detrimental growth effects of certain environmental stresses and resource limitations, including high and low air temperature, ozone pollution, low levels of soil fertility, and pest attacks.

These three features of rising atmospheric CO2 greatly benefit the biosphere and show that the world’s vegetation will reap a tremendous advantage in the years and decades to come. And based on a multitude of observations, the future is now! Data unequivocally show that the biosphere is experiencing a great surge in growth, likely due in large measure to the approximate 40 percent increase in atmospheric CO2 that has occurred since the beginning of the Industrial Revolution.

Observations from satellites demonstrate an increase in plant mass of 6–13 percent since the 1980s. Annual carbon uptake by plants has doubled from about 2.4 billion tons in 1960 to 5.0 billion tons in 2010. This planetary greening occurred in spite of the many assaults by both man and nature on planetary vegetation over this time period, including fires, disease, pest outbreaks, deforestation, and variability in temperature and precipitation. That the biosphere experienced any productivity improvement, let alone a doubling, is truly amazing, and it demonstrates in part the powerful impact rising CO2 is exerting on global vegetation.

Perhaps most important are the benefits of the historical and still-ongoing rise in the air’s CO2 content on past, present, and future crop yields. According to one recent study, rising CO2 concentrations enhanced the value of global crop production over the past 50 years with a staggering value of $3.2 trillion. In the future, an additional $9.8 trillion in monetary gains are likely to accrue in response to the projected upward rise in atmospheric CO2 between now and 2050.

Sadly, too little attention is paid to the proven benefits of enhanced atmospheric CO2 in lieu of too much attention focused on the rather murky matter of CO2-induced climate change. Despite climate model projections leading to popular claims of rapid warming, over the past 18 years there has been no net increase in global temperature even as the air’s CO2 content has risen by 8 percent. Coupled with slower-than-expected warming are less-than-expected negative impacts. All things considered together, it is not inconceivable, that, in net, the benefits of rising atmospheric carbon dioxide may outweigh the costs for years to come.

Contrary to misguided assertions, political correctness, and government edicts, carbon dioxide is not a pollutant. It’s a colorless, odorless, tasteless gas essential to nearly all life on earth. Our president would do well to consider this at the UN’s climate summit.

The Attacks on Amy Coney Barrett Begin; They Are as Dumb as You’d Imagine
Redstate
The latest mass shooting you probably didn’t hear about
Hotair