In Today’s Terror War, Our City Streets are the Frontlines

Congressman Michael McCaul
|
Posted: Jul 07, 2016 2:07 PM
Share   Tweet
The opinions expressed by columnists are their own and do not necessarily represent the views of Townhall.com. 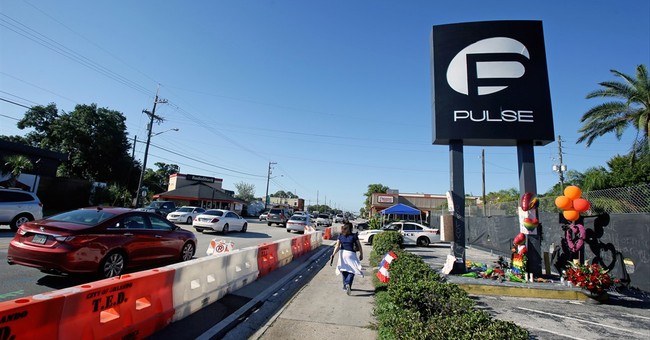 In the past month, we have seen a wave of terror sweep the globe with four major attacks in four different countries—including the deadliest in our homeland since 9/11.

What we are witnessing is unprecedented. In fact, ISIS alone has now been linked to almost 100 terrorist plots or attacks against the West since 2014, and America remains the top target. Never before have we tracked so many jihadist plots against us in such a short period of time.

There is no escaping it: we are at war, and our city streets have become the frontlines.

To protect America, we need a clear-eyed assessment of the threat and a plan to defeat terrorists at home and abroad.

Yet the White House continues to deny and downplay the danger.

Administration officials are more inclined to label terrorist attacks as “workplace violence” or “protests” than what they really are, and the President himself has said our enemies are “on the run”—brushing them off as, “fighters on the back of pickup trucks…plotting in apartments and garages.”

But they are not on the run. They are on the rise, and although our nation is shielded by two oceans, geography alone cannot protect us from this mortal threat.

That is why House Republicans—led by Speaker Paul Ryan—have proposed “A Better Way” for protecting our homeland.

Our national security strategy cuts through the suffocating political correctness and calls the threat what it really is: radical Islamist terrorism. This is important because to defeat an enemy you have to define it, just as we did with communism and fascism. We cannot hide the truth, nor can we redact it from reality.

To be clear, America is not at war with Islam. Rather, our enemies are those who have perverted it into a violent political movement with the goal of killing our people and undermining free societies everywhere.

To prevail over this kind of evil, we need real leadership and serious solutions.

Sadly, the Administration’s leading-from-behind strategy has only led us into danger. So we are taking action to turn the tide.

This week the House votes on the Homeland Safety and Security Act, a bill that forces the Administration to call the threat what it really is and to confront it accordingly.

The bill requires the Administration and the Department of Homeland Security—for the first time ever—to prioritize activities to stop Islamist terrorism, and it puts a top official in charge of combating jihadist recruitment here at home.

It also prevents known or suspected terrorists from getting their hands on guns and committing acts of violence, while protecting the Constitutional rights of law-abiding Americans.

Finally, the legislation makes it harder for jihadists to infiltrate our country by giving the Secretary of State the ability to revoke U.S. passports held by terrorists, and it requires DHS to conduct government-wide exercises to find and close security gaps that might be used by extremists to sneak into our territory.

We cannot stop there, which is why House Republicans have laid out specific policies for taking the fight to the enemy overseas and winning the wider war against Islamist terror.

Time is not on our side. Radical Islamists are working every day to get into America—online and across borders—and they are successfully recruiting new foot soldiers in our own backyards.

But this week the House will send terrorists a clear message: America will not be intimidated by your violence, we will not falter in combating it, and we will not stop until we have delivered justice.