The Problem With ‘Buy American’

Colin McNickle
|
Posted: Jan 27, 2017 10:15 AM
Share   Tweet
The opinions expressed by columnists are their own and do not necessarily represent the views of Townhall.com. 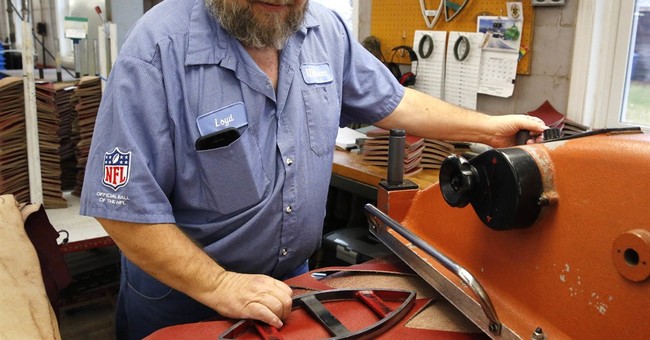 Lost in all the rah-rah-sis-boom-bah-ing of President Trump wanting to use American steel only in the Keystone XL, Dakota Access and other U.S. oil pipelines is this fundamental economic fact:

The price of that steel will be higher. In some cases, markedly so. And we all will be made poorer. Not in effect, but actually.

As Hoover Institution scholar David R. Henderson once explained it:

“Almost all economists say (‘Buy American’ is) nonsense. And the reason is: We should buy things where they’re the cheapest. That frees up more of our resources to buy other things, and other Americans get jobs producing those things.”

Continued Henderson, an economist of some repute:

Or as economic scholar Nicholas Freiling put it a few years ago:

“Many organizations advance the belief that buying American-made products help the American economy more than buying foreign-made products. They believe that by keeping American dollars ‘here at home’ they prevent jobs from going overseas, (thus keeping unemployment low), reduce the trade deficit and promote the development of American manufacturing.”

But it’s just not true.

“While it may seem that such a claim is true on the surface, a deeper investigation into just what happens when consumers pay more to ‘buy American’ shows that not only does doing so not help the economy but it actually limits economic growth.”

But, but, but foreign countries are dumping steel in the United States and that’s simply unfair, many “Buy American” proponents argue.

But as Tori K. Whiting, a trade and economics scholar at the Heritage Foundation, reminded in September:

“In response to alleged unfair trade practices, domestic steel producers are advocating for broad import restraints and immediate action by the U.S. government to protect the domestic industry. …

“The U.S. manufacturing and construction industries rely on domestic and foreign steel to create finished products. Tariffs on steel imports limit choices and increase costs for these industries. Those costs are ultimately borne by American consumers and act as a tax on everyday goods made from steel,” she reminded.

And as fellow Heritage legal scholar Alden Abbott added, “(A)nti-dumping is in fact a form of special interest cronyism that imposes high costs on Americans and thwarts beneficial competition.”

“Buy American” makes for great political rhetoric. But the reality is that most Americans would find their pocketbooks heavily pinched if the practice became pervasive and America’s overall standard of living would fall.

By all means, let’s build not just those oil pipelines but pipelines for the more efficient transport of shale natural gas, too. But let’s not charge ourselves an unnecessary, uneconomic premium with a misguided, blind form of nationalism that will do more to harm our great republic than to help it.