Colin McNickle
|
Posted: Jan 23, 2017 11:30 AM
Share   Tweet
The opinions expressed by columnists are their own and do not necessarily represent the views of Townhall.com. 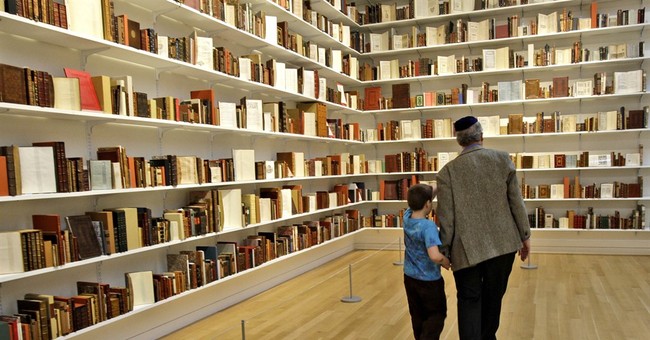 Pittsburgh Public Schools are in such academic and administrative disarray that the Pennsylvania Department of Education should consider taking control of the district, the president of the Allegheny Institute for Public Policy says.

The call for state oversight came after Jake Haulk reviewed the latest report by the Council of the Great City Schools.

Calling the results “brutally scathing,” Haulk (in Policy Brief Vol. 17, No. 4) cited the district’s “low marks in nearly every aspect of school operations, particularly in the academic performance of students where there has been no progress since the council’s previous report in 2006.”

“Indeed, the report is such a severe indictment that the Department of Education in Harrisburg should consider taking control of the district,,” Haulk said.

The report reviews all aspects of the Pittsburgh district’s operations, including instruction, finance and budgeting, research and facilities management. None was treated kindly. And Haulk says an indication of the scope of the problems found by the study is the sheer number of recommendations made by the council.

“Covering in extreme detail all aspects of the district’s shortcomings, the report contains 135 recommendations accounting for 27 pages of the 110 pages of the body of the report -- excluding appendices,” Haulk notes.

Consider the “exceptionally critical” tenor of the findings. Some examples -- “no clear direction or strategy for improving student achievement;” “achieving limited results;” “lack of research, data and evaluation capacity;” some “curriculum is voluminous but weak,” among many others.

To wit, ninth graders in Pittsburgh Public Schools have the third-highest rate of absenteeism among all the schools studied by the council. Recent data have shown absenteeism as high as 20 percent in some Pittsburgh high schools. That means these students average missing 36 days per year.

Learning problems created by absenteeism of this magnitude dwarf all other issues exposed in the council’s study, Haulk stressed.

“What good are great lesson plans, course descriptions or pedagogical skills if the students are not in class?” Haulk asks. “If students are missing large numbers of days, they probably are not paying much attention when they are in class and are likely a serious disruption for other students.”

And for all the talk regarding Pittsburgh Public Schools’ achievement gap between black and white students, Haulk cites what the council’s study did not: of the comparable cities with better black student scores than Pittsburgh, “all spend less per student and, in most cases, far less than Pittsburgh,” Haulk says.

“In other words, not only are Pittsburgh’s scores low, the district is spending well above the national average … to get those poor results,” he adds.

“This has been the case for years,” Haulk laments, “and yet the state Education Department has never seen fit to demand accountability for the disaster that is Pittsburgh’s overall academic performance.”

And the district and the commonwealth are not alone in their complicity, Haulk reminds. “Sadly, the corporate and foundation communities have been part of the problem by sponsoring or supporting programs that sound good but have done nothing positive or even made matters worse.”

In short, Haulk says the Council of the Great City Schools study “is a stunning critique of the ongoing failure of the Pittsburgh school district to make progress in its dismal academic performance despite decades of efforts that have come to naught.”

That so many people, organizations and government have helped to perpetuate this failure is a resounding indictment of the educratic establishment. It is an abject tragedy for Pittsburgh Public Schools students and taxpayers who are being forced to keep paying for it.