Colin McNickle
|
Posted: Oct 05, 2016 12:00 PM
Share   Tweet
The opinions expressed by columnists are their own and do not necessarily represent the views of Townhall.com. 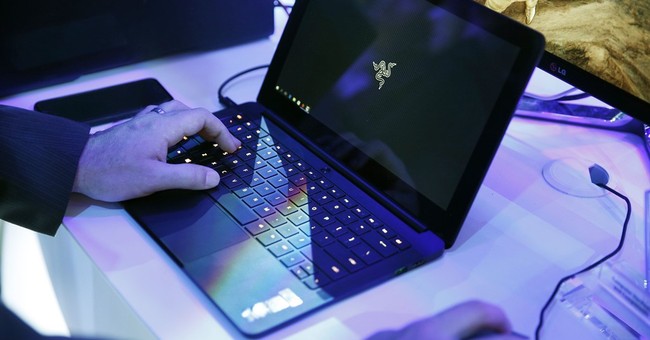 It was two decades ago that an acquaintance -- one I thought was no intellectual slouch -- approached me on a Pittsburgh street, stopped, promptly clicked his heels together and gave me a crisp Nazi salute.

“What’s that about?,” I asked, horrified at such a witless display in the public square.

“Your editorial this morning on sports stadiums,” he said. “You were arguing against public funding using Nazi economics.”

“Well, it was all about Austrian economics,” he shot back, smugly.

His ignorance was shocking. But that appears to be par for the course for more than a few generations taught that government’s role is to command markets --- by, among other things, turning taxpayers into venture capitalists, subsidizing what should be privately-borne capital costs -- instead of facilitating the marketplace by getting out of the way.

Economics scholar Richard Rahn addressed this sad phenomenon, in part, in a Washington Times column last week. He sees too many economics students spending “much of their time studying math rather than economic principles and history.”

Many economics majors graduate without knowing who Ludwig von Mises or F.A. Hayek were, noted Rahn and, thus, also know nothing of the proper role of government. (Along that same line, one must add Herbert Spencer and Frederic Bastiat, among many others, to the list).

Rahn is right, of course. For had those econ students (and all students) better studied those principles and history -- and that of political economy, too -- they quickly would have seen the folly of their illogical conclusions and perverted public policy prescriptions. In the case of my former acquaintance (ahem), he would not have exhibited such embarrassingly rank ignorance.

As Arthur Goddard wrote in the preface to the English translation of Bastiat’s seminal “Economic Sophisms”:

“Ever since the advent of representative government placed the ultimate power to direct administration of public affairs in the hands of the people, the primary instrument by which the few have managed to plunder the many has been the sophistry that persuades its victims that they are being robbed for their own benefit.”

Think of all those publicly financed sports stadiums that, as the Brookings Institution recently reaffirmed, shake down taxpayers and offer negligible public benefits (but great benefits, including skyrocketing franchise valuations, to the barons of sport).

“The public has been despoiled of a great part of its wealth and has been induced to give up more and more of its freedom of choice because it is unable to detect the error in the delusive sophism by which … proponents of government planning exploit is gullibility and its ignorance of economics.”

As the great economics journalist Henry Hazlitt reminded in an introduction to a new edition of the same book:

And therein lies America’s thought deficit. The populace these days is woefully unlearned in alternative ways to “the government way,” ways once standard and strictly adhered.

Yes, we can blame the public educratic system. But we also must blame ourselves for allowing public education to fail us -- and for not forcefully rejecting the government-peddled lie.

More importantly, we must then blame ourselves again for not, on our own, acquiring the critical thinking skills to educate ourselves on matters economic. The government counts on us to be ignorant, compliant sheeple. And that must stop.

There must be call to arms, intellectually speaking. And that means beefing up our reading list and challenging our “leaders.” Rahn offered a few sound suggestions -- from “Common Sense Economics: What Everyone Should Know About Wealth and Prosperity” by James Gwartney, to Mark Skousen’s “The Making of Modern Economics: The Lives and Ideas of the Great Thinkers.”

-- Von Mises’ “Human Action” (“Government is a guarantor of liberty and is compatible with liberty only if its range is adequately restricted to the preservation of economic freedom.”)

-- Bastiat’s “Economic Sophisms” (“Protection concentrates at a single point the good that it does, while the harm that it inflicts is diffused over a wide area. The good is apparent to the outer eye; the harm reveals itself only to the inner eye of the mind.”) Or, as he put another way, the seen versus the unseen.

-- Spencer’s “The Man Versus the State” (The proper sphere of government is “not to regulate commerce; not to educate the people; not to teach religion; not to administer charity; … but simply to defend the natural rights of man. … This is the natural, the original, office of a government. It was not intended to do less: it ought not to be allowed to do more.”)

-- Hayek’s “The Fatal Conceit” (“The curious task of economics is to demonstrate to men how little they really know about what they imagine they can design.”)

Ignorance is a voluntary misfortune. More’s the pity that we have allowed government to exploit our ignorance for so long. It’s past time to fight back -- with our brains.