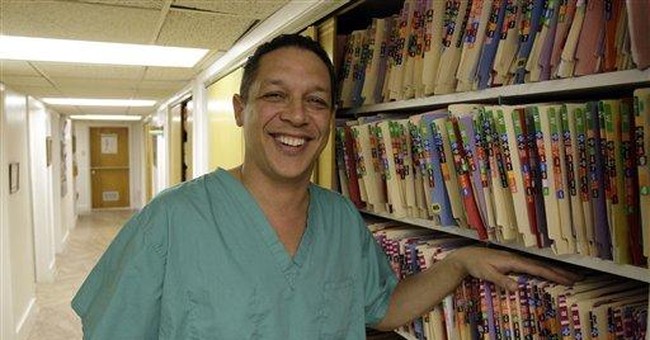 “We shouldn’t have to do that, because they should know better.”

So said President Obama in explaining why the Treasury—quite rightly—forced Citigroup to cancel the purchase of a $50 million corporate jet after the banking firm accepted tens of billions in federal bailout dollars. But he could well have been talking about his Democratic colleagues in Congress, who seem perfectly willing to give the former executives of these firms generous federal health benefits—even though they too should know better.

Consider the case of Henry Waxman, a Democrat who has represented Beverly Hills in Congress for over 30 years. Last fall, as Chairman of the Oversight and Government Reform Committee, he led hearings on the financial crisis, and criticized companies for taking “massive risk. When the bottom fell out, senior management walked away with millions of dollars, while shareholders and taxpayers lost billions.”

Fast forward to this year and a new Congress, where Mr. Waxman assumed the Chairmanship of the Energy and Commerce Committee, on which I sit. As Chairman, Waxman wrote major health-related sections of the economic “stimulus” legislation which Congress is currently considering. The proposal Mr. Waxman presented to the Committee spent more than $100 billion on various health spending projects, and created two new federal entitlements—one expanding Medicaid to individuals receiving unemployment compensation, and the second providing subsidies to individuals who choose continuation coverage from their former employers.

But for the new entitlements, there was a massive loophole. Because the bill explicitly prohibited income or asset tests from being applied to people receiving the new health care entitlements, anyone who recently lost their job—including the former CEOs who Mr. Waxman said last fall “walked away with millions”—could receive free or subsidized health care courtesy of federal taxpayers. At a time when all Americans are struggling to make ends meet, I viewed these uncapped subsidies as a poor use of taxpayers’ hard-earned money—and an unnecessary expansion of government to boot.

So when our Committee met to consider the “stimulus” legislation, I offered an amendment to the legislation to make sure that individuals with income over $1 million who elected continuation coverage from their former employers would not receive federal subsidies to pay for that coverage. Chairman Waxman accepted my amendment, and said he would “try to find a way to structure” the subsidies so that wealthy executives wouldn’t be eligible for subsidies they really shouldn’t need.

But several days later, when Democrat leaders introduced the version of the “stimulus” legislation that the House was actually going to vote on, my amendment was stricken from the bill. The omission wasn’t because a cap on the federal health subsidies was unworkable—Congressional tax advisers told a Senate committee an income-based cap was feasible to implement. No one was able to give me a straight answer as to why my amendment wasn’t included in the final bill—Speaker Pelosi actually put out a press release saying my amendment had been accepted as part of the “bipartisan” debate, when in reality my amendment and those of two of my other Republican colleagues had been unceremoniously dumped behind closed doors.

This incident raises a couple of key questions—one procedural, the other political. First, how bipartisan is it to accept an amendment one week, only to remove it without explanation or cause the next? Second, now that they control Congress and the White House, are Democrats so insistent on expanding the federal government’s role in health care that they want to provide subsidized coverage to the same fired executives they have so recently blamed for causing our current economic crisis?

In the end, the final “stimulus” product included an income cap so that taxpayers’ funds won’t be to subsidize the health insurance of Bernie Madoff and other similar characters. But it begs the same point President Obama raised when talking about Citigroup’s desire for a new corporate jet: We shouldn’t have to tell Democrats not to give federal health benefits to millionaires—because they should know better.