Robert Mueller—Befuddled Old Man or Sly as a Fox

Cliff Nichols
|
Posted: Jul 30, 2019 12:01 AM
Share   Tweet
The opinions expressed by columnists are their own and do not necessarily represent the views of Townhall.com. 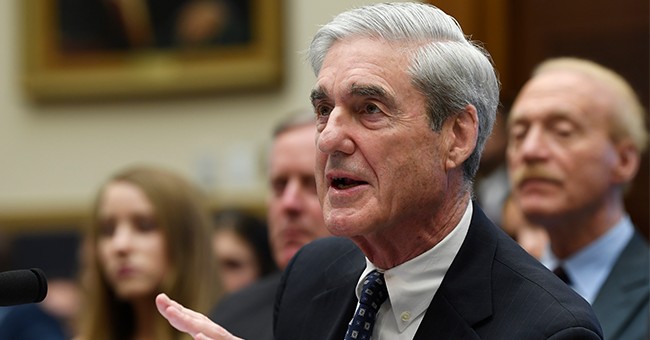 Robert Mueller’s less-than-stellar performance last week before the House Judiciary and Intelligence Committees seems to have left just about everybody trying to explain it. Descriptions on both the left and the right sides of the aisle included words like “ineffective,” “confused,” “struggling,” and “frail.”

“As I said when Mueller gave [his] speech in May, he is feeble. I say that not as a personal attack but as a rational observation. It's on display today during this hearing. This underscores that the person who influenced this investigation most was Andrew Weissman, his top lieutenant.”

In other words, from Mueller’s testimony, some have concluded that:

·Mueller’s sole role in the entire Special Counsel investigation—i.e., witch hunt—was really only that of a figurehead;

·Since he obviously doesn’t even know what is in his own report, it could only mean he wasn’t involved in the investigation’s day-to-day operations; and

·Even if all this is ultimately shown not to be entirely accurate, we should not be so indelicate as to ignore the obvious—that he is slipping into something approaching old-age.

Before leaving it here, however, there remains another explanation that should be considered.

It is quite possible Mueller was intentionally constructing a new public image in an attempt to shield himself from being indicted for his participation in possible criminal conduct he knows is currently being investigated by the Department of Justice.  For instance, like whether or not Mueller personally broke any laws when:

·As Director of the FBI, he allegedly facilitated the furtherance of an illegal pay-for-play kickback scheme that involved the sale of 20% of America’s uranium supply to Russia;

·As Director of the FBI, he allegedly signed off on an extremely lenient plea deal involving Jeffrey Epstein in 2008 that today some believe was intended to help conceal, and possibly protect, the continued existence of Epstein’s alleged global sex-trafficking/extortion operations; and

·As Special Counsel, he allegedly facilitated an unlawful conspiracy to remove from office a duly elected President of the United States—i.e., a coup d'état.

If his indictment for participating in any of these alleged possibilities is foreseeable to Mueller, no one would know better than he that laying the groundwork for his legal defense now, rather than later, is imperative. And if that is what he is doing, it certainly puts his testimony last week in a different light.

At minimum, it would explain:

·Why in the hearings he appeared focused upon consistently distancing himself from any personal involvement in the day-to-day operations of his investigation;

·Why he amazingly attempted to disengage himself from any personal knowledge of Glenn Simpson, Christopher Steele, and even Fusion GPS; and

·Why he avoided any discussion of his personal knowledge of their cooperation with the Clinton campaign and the DNC to initiate and foment the Russian collusion delusion that started this whole mess in the first place.

Quite simply, throughout his testimony, he was committed to distancing himself personally from any of the crimes any of these people may have committed by pretending to know little, if anything, about any of them.

In short, he said such things were beyond his “purview.”

Of course, he and his “advisors” no doubt have anticipated the single most significant defect in this strategy. How in the long run will he be able to continue to profess his ignorance of these players? Especially, because they are the very people whose efforts created the single most important document upon which his entire two-and-a-half-year fraudulent investigation was predicated—the Steele Dossier.

Thus, just in case he is unable to pull off denying his participation in the most egregious fraudulent hoax ever perpetrated on the President and the American public in U.S. history, he also used his highly publicized appearance before Congress last week to avail himself to a Plan B—i.e., present to the public the image of a befuddled old man who decency would dictate should be left alone. His hope there, of course, being to use this newly created doddering image of himself at some point in the future to enlist the court of public opinion to come to his defense, if and when it ever becomes necessary.

A feeble, yet honorable, old man coming to the end of a life dedicated to serving his country, as he would have us believe? Or, is he, in reality, a guilty man on the run who is as sly as a fox?

At present, there is only one thing we can know for sure.

He can’t be both.

Clifford C. Nichols is an attorney licensed to practice in California and New Mexico. Follow him on Twitter at @cnicholslaw. Please direct any comments or questions regarding any of his editorials to cliff@cnicholslaw.com.