How Much Ruin Is There In A Nation?

Cliff May
|
Posted: May 04, 2016 9:45 AM
Share   Tweet
The opinions expressed by columnists are their own and do not necessarily represent the views of Townhall.com. 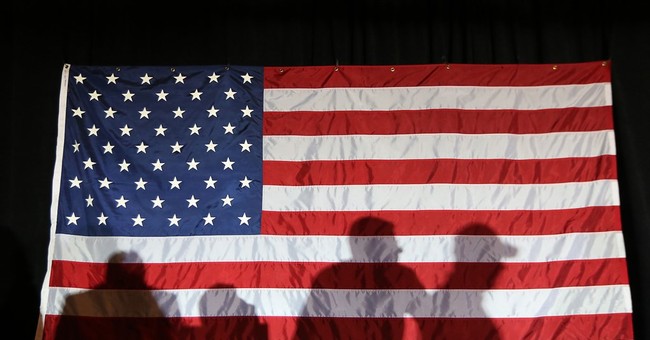 People think early European immigrants to America were seeking religious freedom. In fact, they sought escape from religious persecution. Not quite the same thing.

The policy not to molest or hinder those practicing even what were seen as false religions took time to crystallize. Gradually, however, tolerance came to seem sensible -- or at least preferable to other options. And, eventually, the children of the Enlightenment who designed the American system of government proclaimed freedom of religion a right – a right endowed not by those wielding political power but by the Creator. This was a revolutionary idea. In most of the world, it’s still a revolutionary idea.

People think the founders were idealists. In fact, they were realists. They recognized that the citizens of the new nation they were establishing would have as much dividing as uniting them. They didn’t expect that to change. So they built a structure within which Americans might live and work most successfully. Conflicts would be managed. A utopia in which conflicts would be abolished was not envisioned.

They understood that successful conflict-management would require the rule of law, including a written constitution. The US Constitution, essentially a contract between those governing and those granting permission to govern, could be amended -- but it was not meant to be substantively altered under the guise of “interpretation.”

Federalism, separation of powers, checks and balances and strict limitations on elected officeholders and bureaucrats -- these were meant to impede the formation of a tyranny of the majority or, as it’s sometimes euphemistically called, “illiberal democracy.” More than 20 years ago, the political writer James Bovard explained this concept about as vividly as anyone can: “Democracy must be something more than two wolves and a sheep voting on what to have for dinner.”

People think slavery was a sin peculiar to America. But since time immemorial, slavery existed in virtually all corners of the world. That slavery is sinful was a distinctly Western and Christian innovation, one that was not readily accepted in parts of the Middle East and Africa. Groups such as the Islamic State, based on their fundamentalist reading of Islamic scripture, continue to reject it.

As for the allegation that Americans are unusually racist: Where has there not been suspicion of and hostility towards “others”? Have we learned nothing from Rwanda, Darfur, Syria, Iraq and Pakistan? And who has ever worked harder than Americans to eradicate racism?

People think economic development is a natural process. They call poor countries “underdeveloped,” implying a deviation from the norm, a condition they believe can be corrected with sufficient inputs of foreign aid and counsel by World Bank experts.

But Deirdre N. McCloskey, in her new book, “Bourgeois Equality: How Ideas, Not Capital or Institutions, Enriched the World,” persuasively establishes that there was nothing inevitable about the “Great Enrichment,” the 10,000 percent leap in living standards that occurred in the West starting around 1800. “Our riches,” she argues, “were made not by piling brick on brick, bank balance on bank balance, but by piling idea on idea.” The ideas she has in mind – about free markets and the dignity of labor and entrepreneurship – seem to hold little appeal for most of today’s voters.

People think that the world’s many nations, though diverse, nevertheless share a desire for peace and a willingness to make serious compromises to avoid wars. Not a shred of evidence supports this belief. But multiculturalism, a kind of secular religion, paints the world in rosy hues so all societies appear as exotic versions of our own, albeit with differing “lifestyles,” fashions and cuisines.

I don’t mean to suggest that there are no people in other parts of the world – and particularly from other parts of the world – who hold values and views akin to yours and mine, however Western yours and mine may be. But such people wield power in few foreign capitals. Those who bet on them coming to power any time soon are likely to be disappointed. The Arab Spring was the most recent and dramatic cautionary tale.

Which brings us to Western values and views. They are changing. There is no basis for the assumption that change brings improvement – or should inspire hope. A new national poll of America’s 18- to 29-year-olds by Harvard’s Institute of Politics (IOP), found that 62 percent do not identify as “patriots.” Perhaps these young people are so ignorant as to not understand the meaning of that word. If they do, however, they are saying they do not love their country and are not prepared to defend it

Less than 15 years after 9/11/01, at a time when a proliferating number of groups – and one or two nation-states – are openly and rather fanatically committed to America’s destruction, that should be setting off alarms.

To strike an optimistic note: Adam Smith observed, “there is a lot of ruin in a nation.” He meant to convey that the road from decline to fall can take many years to travel. But it does seem pretty obvious that we are on that road. I think most Americans know that and would like to turn off. The problem is they don’t quite know how we got here, which way leads to a better destination or who’s qualified to drive an increasingly dilapidated bus.