What if Mother Mary Had Obamacare? 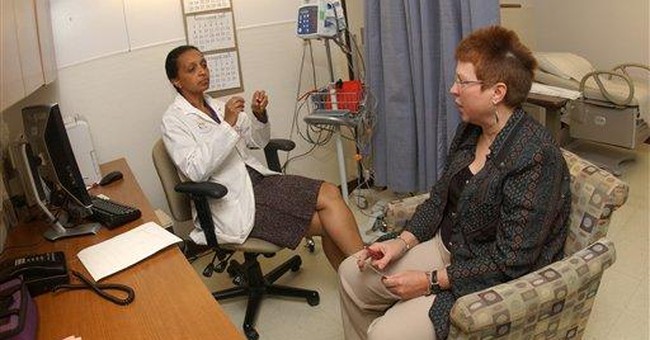 Washington is up to its old political shell game again, this time in an unprecedented way.

While Americans are focused upon the Christmas season and the mainstream media on health care and President Barack Obama's two trips to Europe (last week to Oslo and this week to Copenhagen), the Democrats in Congress have slipped major pro-abortion legislation under the radar.

Then, on Thursday, the House of Representatives rushed the clandestine approval of an overinflated $1 trillion omnibus bill, which includes 5,224 earmarks -- costing about $3.9 billion -- and an underhanded provision that would overturn a long-standing budget ban in the District of Columbia (whose budget is overseen by Congress) for federally funding abortions.

Then, after the Democratic-controlled Senate cleared a procedural vote on Saturday needed to end a Republican filibuster, in yet another near-secret Sunday afternoon session, the Senate passed the omnibus bill and the provision for Washington, D.C. Tragically, the bill also would appropriate $648.5 million for "international family planning" funding (an increase of $103 million over 2009) and would give funding for Planned Parenthood and the United Nations Population Fund, both of which have pro-abortion agendas.

In short, while President Obama was accepting the Nobel Peace Prize, the Democrats in Congress drove a sword through the womb of the unborn.

Congress' latest pro-abortion strategy is a radical divergence from -- and sheer contradiction of -- Obama's Sept. 9 promise that under Democrats' health care reform plan, "no federal dollars will be used to fund abortions."

But the big question and bottom line, as Hatch asked, is: "Why should people of conscience be forced to participate in any aspect of abortion?"

Washington certainly has reached a new low by forcing American citizens who oppose abortion to pay for abortions via their taxes in this massively comprehensive way. Is it intentionally trying to spark the next Boston Tea Party? When our greatest values are thrown under the omnibus, how do they expect us to respond? (Washington's wild spending and abandonment of traditional values and our Founders' vision is what prompted me to add a 64-page expansion to the new paperback version of my New York Times best-seller "Black Belt Patriotism," being released in January through Fidelis Books. See the new Web site at BlackBeltPatriotism.com.)

Now is the critical time for action. If you haven't done so, contact your representative and senators at 202-224-3121 or through House.gov and Senate.gov, and then the White House at 202-456-2111 or WhiteHouse.gov/contact.

Tell your representative and senators to quit fast-tracking these momentous bills without periods for debate and during secret sessions on weekends, when America is least attentive.

Tell your representative and senators of your extreme disappointment in their approving the outrageous omnibus spending bill, spending frivolously under America's recession and adding more to our national debt.

Tell your representative and senators to support the Stupak-Pitts amendment and the Nelson-Hatch amendment in the House and Senate health care bills, thus preventing the federal funding of abortion via Obamacare.

Call or write the White House and demand that President Obama veto the outrageous omnibus bill (with pro-abortion provisions and more than 5,200 earmarks).

Join the 300,000 people who have signed The Manhattan Declaration to fight for the unborn (see here).

Share this column with your pro-life clergyman, family and friends, and encourage them to mobilize the troops on these pieces of legislation.

Get involved with a local pro-life organization, like my wife, Gena, who supports the Dallas Council for Life and the Dallas Pregnancy Resource Center.

Lastly, as we near the eve of another Christmas, I wonder: What would have happened if Mother Mary had been covered by Obamacare? What if that young, poor and uninsured teenage woman had been provided the federal funds (via Obamacare) and facilities (via Planned Parenthood, etc.) to avoid the ridicule, ostracizing, persecution and possible stoning because of her out-of-wedlock pregnancy? Imagine all the great souls who could have been erased from history and the influence of mankind if their parents had been as progressive as Washington's wise men and women! Will Obamacare morph into Herodcare for the unborn?

America doesn't need to turn the page on culture wars, such as the one on abortion. It needs to reopen the pages of its history to our Founders' elevated views of and rights for all human beings (including those in the womb), as documented in the Declaration of Independence and our Constitution. We need to revive and re-instill their value of humanity back into society, our children and our children's children.

And most of all, Washington needs to run our government as Thomas Jefferson outlined in an 1809 letter: "The care of human life and happiness, and not their destruction, is the first and only legitimate object of good government."

(Don't miss my Christmas column next week, titled "Away With the Manger," about how the feds are whitewashing America's Judeo-Christian heritage via a progressive, politically correct and pro-Muslim platform.)