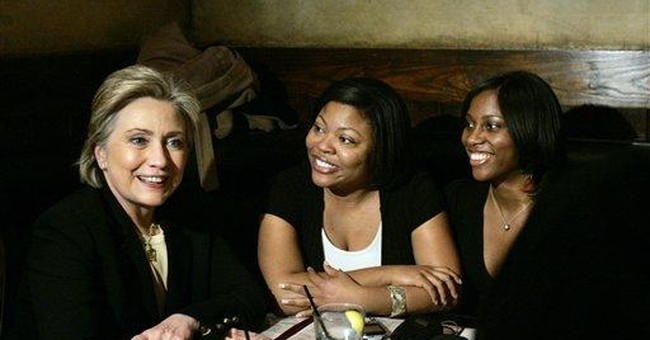 Sitting at another full-throttle World Combat League event in San Antonio, Texas, on Friday night, I caught myself momentarily reflecting back upon the previous two days of campaigning with GOP front-runner Mike Huckabee. As the contestants combated in the WCL ring, I thought to myself, "The fight of the century would be Hillary vs. Huckabee in the presidential ring."

Unless Barack Obama's surge shatters everyone's expectations or he manages some strategic alignment with John Edwards as a dynamic duo, it seems Hillary will win the nomination. And the question that continues to loom on everyone's mind will remain: Who can beat Hillary? Which GOP candidate has the background, experience and savvy to wage war against the Clinton machine?

I know unequivocally who that man is. It is Mike Huckabee. I'll tell you why.

I've trained fighters for nearly four decades now. I was a six-time world champion. I pretty much know what it takes to create a winner. And I believe there is a similarity between making winners in the fighting ring and the presidential one: Only the strong survive.

Right now the Clinton machine (which Huckabee calls "the sausage grinder") is planning how to slice and dice each of the GOP candidates if they win the nomination.

Ron Paul would battle Hillary with substance, but I believe he ultimately would bow to her shrewdness. Her prowess would prey upon his constitutional cries. He simply lacks the finesse to handle her fortitude.

Fred Thompson is a good man with a fairly conservative record. However, I believe the Clinton-malevolent marketers would aim at his lack of personality and passion, and they would score a direct hit with the public.

John McCain would put on a strong battle against Hillary, though I fear he would be crippled simply because of the age factor. (He'll be 72 in August.) If being president ages a person three times faster than normal, one term could advance McCain into his 80s.

Rudy Giuliani, if he survives this strategy to jump-start his campaign in Florida, would be sized up and found wanting as the "New York senator vs. the New York mayor" battle began. Trumping his Sept. 11 apprenticeship through trite compliments, Hillary will accuse him of being more Democrat than he is Republican and undervaluing Middle America by ignoring the initial primary states.

Mitt Romney might be able to match Hillary's advertisement monies, but the Clinton character assassins will shoot at the series of flip-flops in his platform. And who better to understand how to attack a waffler than one married to Bill Clinton!

The person the Clinton sausage grinder fears most is Mike Huckabee. Why? Because …

— He has the longest and largest executive experience running government among GOP candidates — three years as lieutenant governor and 11 years as governor of the state of Arkansas — more experience than even Bill took into office.

— Hillary can't belittle Huck's origins because they are the Clintons' origins, too — Bill and Mike both governors, both from Hope, Ark.

— Mike has far more passion and personality than Hillary, and he is the only one who can persuasively outlast, outplay and outwit her in any debating ring or campaign arena.

— Mike has a record she can't punch. She can't even swing at the false allegations against Mike on immigration, taxes or pardons, primarily because the Clinton legacy has a record of condoning illegals, raising taxes, and releasing criminals!

Though I'm sure Bill is now regretting the compliment he offered Huckabee when Mike was nowhere near the top tier of candidates, let me remind the world. Bill said Mike was the "only dark horse that's got any kind of chance. … He's the best speaker they've got."

The fact is Mike is the best opponent to fight Hillary because most of all, as he has reminded us on many occasions, "I already have taken on the Clinton machine, and I've beaten it twice."

The only resource Clinton has that could combat Mike is more money, and in this ring, we all know the muscle in that fist. But we can prevent that, and we must do it by financially joining Mike's army before it's too late.

So can a man who was raised in a poor background from Hope, Ark., become governor then president? As Mike says, "Our country has already proven that!" What I would ask is: Give Hope another chance! This time they want to send in the real cavalry.

Keep Hope alive! Join my wife Gena and me in electing Mike Huckabee!