Thirty-Five Years in the Light 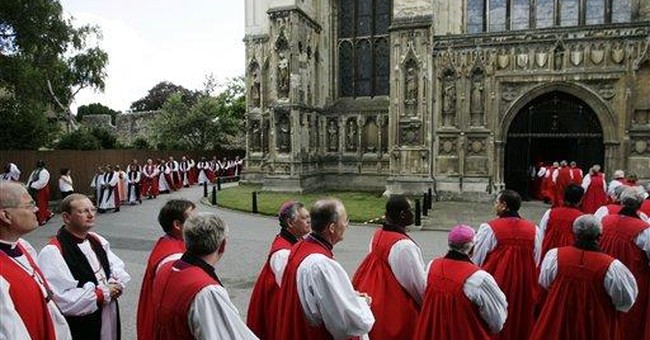 A lot of people have asked me what I think about when I remember back to that hot, humid August night in 1973 when Tom Phillips, then the president of the Raytheon Company, witnessed to me in his home. I left his house that night shaken by the words he had read from C. S. Lewis’s Mere Christianity about pride. It felt as if Lewis were writing about me, former Marine captain, Special Counsel to the President of the United States, now in the midst of the Watergate scandal. I had an overwhelming sense that I was unclean.

After talking to Tom, I found that when I got to the automobile to drive away, I couldn’t. I was crying too hard—and I was not one to ever cry. I spent an hour calling out to God. I did not even know the right words. I simply knew that I wanted Him. And I knew for certain that the God who created the universe heard my cry.

From the next morning to this day, I have never looked back. I can honestly say that the worst day of the last 35 years has been better than the best days of the 41 years that preceded it. That’s a pretty bold statement, given my time in prison, three major surgeries, and two kids with cancer at the same time, but it is absolutely true.

That’s because, for the last 35 years—whether in pain, suffering, joy, or jubilation, it makes no difference—I have known there was a purpose. I have known that I belong to Christ and that I am here on earth to advance His kingdom.

Would I have ever known that if Tom had not witnessed to me?

The reason I visited Tom that fateful night was that I was coming back to his company as counsel. But before he met with me, Tom prayed about how he should treat me. After all, here was his lawyer, mixed up in the Watergate affair. Tom later told me that God spoke to him: “Tell Chuck Colson about me, because he needs a friend.” God was certainly right! I was as desperate and lonely as a man could be.

But get this: Never before in Tom Phillips’s life had God told him to share the Gospel. Never before had he done so.

But in total obedience, Tom followed God’s lead, and the result? A ministry that now spreads all around the world to 114 countries, tens of thousands of men and women coming out of prison being redeemed by the blood of Christ, and then finding their place in community; and the whole Church being sensitized to the needs of the least of these in our midst.

I also wonder what might have happened to me, personally, had I not encountered the living God that night or some other time. I do not really think I would be alive today. Before my conversion I drank, partied, and smoked heavily. I do not think I would be seeing my 77th birthday, which I will this October.

And if I managed somehow to survive the high-powered party life in Washington among the rich, famous, and powerful, I would have been so miserable I don’t think I could have lived with myself. If I did not know for sure that the God who created us sent His Son to die on a cross that my sins might be forgiven, I would have long ago suffocated in the stench of my own sin.

So how do you celebrate 35 years as a Christian? By recommitting yourself to use every available moment, every ounce of energy, in service of the King. For what He has done for me, how could I ever do less?