Pray for the Liberators 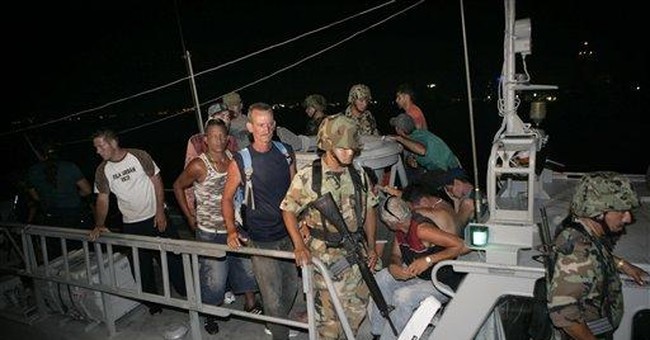 It is easy to grow weary over the wars in Iraq and Afghanistan. As for me, a former Marine, I ache for the families of the men and women who have paid the ultimate price. But I also know why our military personnel are doing what they are doing. They enlisted, as I did many years ago, to defend our nation and to defend liberty. And in Iraq and Afghanistan, they truly do see themselves as liberators.

And while the reasons for service are the same, there is no doubt the times are different. Instead of waves of North Korean soldiers and Chinese tanks (as I was trained to confront), our service men and women must deal with roadside bombs and 14-year-old suicide bombers.

“We are currently locked in an insurgent war, one that’s likely to go on for a very long while,” writes Dick Couch, author of Chosen Soldier: The Making of a Special Forces Warrior. Today, the enemy is woven into the civilian communities where our soldiers fight. So to root them out, our military must gain the trust of the people.

“Simply stated, if we lose or fail to gain the popular support of the people, we lose it all,” writes Couch. “Our initial victories in Afghanistan and Iraq will have been for nothing.”

According to Robert Kaplan, author of the book Imperial Grunts, “[T]he next few decades will see a blending of the . . . rudimentary techniques of counterinsurgency and unconventional warfare (in which language skills could trump technology) with the use of heavy bombers and other conventional assets.”

In Chosen Soldier, Couch describes the critical need for Army special forces in this war—that is, the Green Berets. These soldiers not only battle physically—but intellectually. They infiltrate the culture, win over the locals, and gather critical information about embedded terrorists.

For example, do you recall that deck of cards depicting Saddam Hussein’s Baathist loyalists? “Thirty-nine of the forty-six rogues in that deck,” writes Couch, “were captured by, or taken into custody as a result of intelligence developed by Army Special Forces.” It is that kind of on-the-ground intelligence that will one day snare bin Laden.

The Green Beret is not looking to see how many insurgents he can kill, but rather how many he can “get [the local citizenry] to kill—or to expose or expel from their village.” The Green Beret works to change the culture he is in: from fear to freedom. As such, the Green Beret not only is a warrior, but a teacher.

The motto of the Green Berets is “De Oppresso Liber,” or “To Liberate the Oppressed.” Having liberated the people of Iraq from Saddam and the people of Afghanistan from the choking grip of the Taliban, our Green Berets—and all of our men and women in uniform—risk their lives every day to help the Iraqis and Afghans rule themselves in peace, free from totalitarianism and terrorism.

Sure, we all want these wars to be over. But while they last, so long as our fighting men and women are in harm’s way, they deserve our full support: from the President, to the Congress, to the media, to the people in the pews.

I hope you will join me today on this 4th of July, the birthday of American independence and freedom, in praying for the safety of the members of our armed forces who are in harm’s way. They deserve no less, and much, much more.