Christina Herrin
|
Posted: Aug 27, 2019 11:19 AM
Share   Tweet
The opinions expressed by columnists are their own and do not necessarily represent the views of Townhall.com. 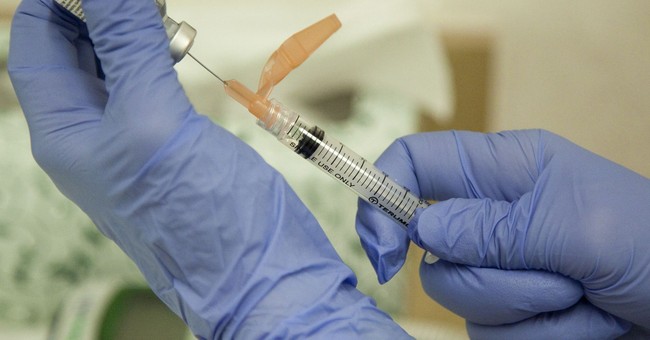 Every year, millions of Americans needlessly suffer from debilitating diseases because the process of bringing new drugs to patients is hopelessly outdated and convoluted. Fortunately, federal legislation known as Right to Try (RTT) was passed into law in 2017. In essence, RTT allows terminally ill patients access to some unapproved therapies. As RTT was a successful step toward patient freedom there are still improvements to be made to expedite the U.S. Food and Drug Administration’s (FDA) drug approval process. RTT effectively started the discussion around the shortfalls of the current FDA drug approval process and drew attention to the need for reform.

As the North Carolina Legislature concluded its 2019 legislative session, Republicans and Democrats came together in support of patient freedom and further reform by passing House Bill 934, which was signed into law in July by Gov. Roy Cooper (D).

H.B. 934 expands the scope of the Tar Heel State’s previous Right to Try law. Specifically, it allows patients with debilitating diseases access to certain stem cell treatments that were not available to them before. The legislation casts a wider net to include not just “terminal” patients, but those who suffer from chronic illness as well. The legislation also implements protections for physicians who prescribe said treatments to patients. Thankfully, this legislation, which will go into effect December 1, 2019, moves the dial in the direction of patient freedom and puts health care back into the hands of patients and their doctors, not the government.

North Carolina isn’t the only state leading the way. For example, during the last legislative session, Texas made similar efforts to allow patients and their doctors to have more freedom to make crucial health care decisions, instead of government bureaucrats. Similarly, Texas House Bill 805 would allow patients with chronic illness access to unapproved therapies. Hopefully, other states will soon be encouraged to also adopt this commonsense approach. States are often called the “laboratories of democracy” for good reason.

Although RTT is a good first step, it does not go far enough as many disease categories are left out and there is a lack of market incentive within the policy. At the federal level, the need for reform of the FDA drug approval process could not be more pressing. Currently, it takes on average 12 years and $2.9 billion to bring a drug from lab to patients. This costly and extremely time-consuming process makes it nearly impossible for patients with debilitating diseases the opportunity to access potentially life-saving treatments.

Fortunately, The Heartland Institute has a solution that would reform FDA’s draconian drug approval leviathan: Free to Choose Medicine (FTCM). Similar to RTT, FTCM is a free-market solution to a significant problem in our country’s health care system. FTCM would increase patient freedom immensely by allowing patients and doctors, not FDA officials, to make health care decisions. FTCM would allow patients to access potentially life-saving medicine after safety trials and at least one efficacy test. The focus of all future reforms ought to be getting better drugs, sooner, and at a lower cost to patients.

Similar to the reform passed in North Carolina, FTCM provides an alternative for patients fighting for their lives, and it would lower the cost of developing drugs and expedite the approval process.

FTCM applies a free-market incentive for drug manufacturers to utilize a “parallel track” option, which would be available as an alternative to the current archaic clinical trial process. The use of a “parallel track” offers an option to drug manufacturers to market potentially life-saving drugs sooner, and was successfully used in 1992 to save the lives of 12,000 AIDS patients.  The Free to Choose Medicine Track similarly would allow patients to access therapies that could alleviate their pain and suffering and even save lives.

All states, and the federal government, should make it possible for patients with debilitating diseases to access drugs that could vastly improve their lives.

Although Right to Try-type legislation is a step in the right direction, Free to Choose Medicine is the ultimate solution to overcome the mighty barriers of FDA’s out-of-date drug approval process.