Chris Stigall
|
Posted: Oct 23, 2019 10:37 AM
Share   Tweet
The opinions expressed by columnists are their own and do not necessarily represent the views of Townhall.com. 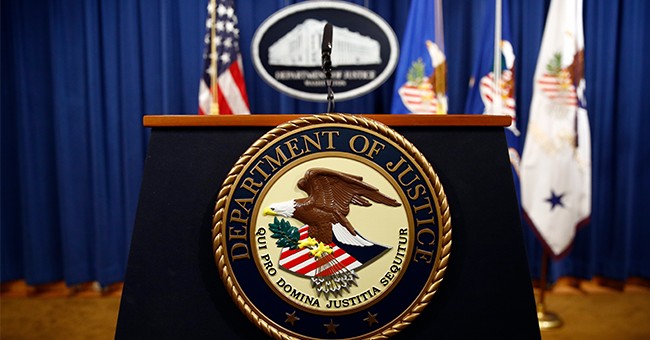 Listen, I hate to be Debbie Downer here but the anticipation surrounding this report is rooted in the hope and sincere belief that its pages contain such shocking detail of government abuses and corruption within our intelligence agencies the nation will roil as one with cries for justice and vindication for Donald Trump!

Sorry.  It’s not going to happen.  Of course there were flagrant abuses.  There’s already ample evidence the 2016 Clinton campaign was guilty of foreign collusion and our FBI used the outcome of that collusion to knowingly mislead a FISA court to obtain warrants.  We know those warrants were then used to spy on American citizens within the Trump campaign.  This was followed by well-documented leaking to the press, lying, internal political collusion and the setting of perjury traps by Barack Obama’s CIA and DOJ.

But again, we already know these things occurred.  Will we learn of even worse abuse?  Perhaps.  Will anything change?  Nope.  Not just because Democrats and the media will ignore it.  Sadly, so will the Republicans.

Attorney General Bill Barr, whom I consider the most important public servant next to Donald Trump in a generation, is being viewed skeptically by many Trump backers because of his lack of media air time and that we’ve not heard details of any heads rolling inside DOJ.  I’ve heard it said by many skeptical MAGA voters that Barr’s no different than the rest of the deep state if there aren’t indictments.  Lock them up or else!

Barr is a thorough, patient, methodical guy.  He’s not going to rush this because we want him to.  He’s not thinking about the next election.  I have no doubt he’s trying to clean up the DOJ and expose the craven behavior of those in the highest ranks of the organization.  But even if he exposes criminality, it’s not going to sway a single Democrat currently in the process of gas lighting the country over Ukraine.

President Trump is right when he says Democrats fight dirty.  Their two biggest attributes are “they’re vicious and they stick together.  They don’t have Mitt Romney in their midst,” Trump said Monday during his cabinet meeting.

He’s referring to the pathetic story of former Republican presidential candidate and now Utah Senator Mitt Romney’s admission that he uses a fake Twitter account to monitor his favorite personalities, such as squish, RINO-types who write for the Washington Post.  He apparently likes to bravely tweet correct-the-record comments to those critical of him without being seen.  Some kind of petty, personal therapy session, I suppose.  A real profile in courage.

He also loves to be seen on cable TV as 2019’s version of McCain attacking President Trump whenever invited.  Much like his late predecessor, he couldn’t win a presidential election so he decided to build a career attacking those who could - especially if the winners are in his own party.

In Romney’s case, much like McCain’s before him, the addiction to being in the spotlight and being viewed as the Republican his Democratic colleagues and mainstream media would respect was always far more important than whether or not the electorate respected him.

The other question beginning to percolate in many conservative circles is “What’s Lindsey Graham up to?”  The powerful chair of the Senate Judiciary Committee has been threatening for months to haul this character or that character up to the Hill to testify.  There’s only one problem.  He’s never called anyone to testify and doesn’t appear ready to do so any time soon.

Former chair of the committee and long-serving Republican Senator Chuck Grassley tweeted this week, “All of the delays and excuses why the Horowitz IG report isn’t public yet after several months of anticipation of its issues leads me to the suspicion it’s going to be “deep six” by the deep state.”

Well, what are you and your colleagues doing about it over there in Judiciary, senator? You don’t need to wait for the report to begin hearings with the suspected players in this sordid tale of government abuses.  But you’re not acting either.  Why?

Former D.C. bureau chief for Investor’s Business Daily, Paul Sperry, tweeted his theory of the inaction. “Perhaps the reason Graham won’t hold hearings to get to the bottom of the origins of #Spygate and the political espionage conducted against Trump is because we might learn he was working with his bosom buddy McCain to push the dossier to smear Trump.”

I hate how correct I fear Mr. Sperry may be.  And I really hate how likely it is Graham isn’t the only Republican of whom we should be suspicious.

A new Rasmussen poll released this week finds just over half of voters still believe in the likelihood of an illegal, high-level effort to stop the Trump presidency, but not nearly as many expect anyone to be punished for it.

Those likely voters are correct.  It did happen.  But nothing will happen to the guilty parties - except next year’s election.  That’s voters’ only recourse.  Donald Trump came to drain the swamp and there’s plenty more work to be done.  Unfortunately, his party swims in the very same swamp.

It’s up to voters to help the president drain it.  We’ll drown in it waiting for the GOP.