The Debate That Shouldn’t Be Ignored 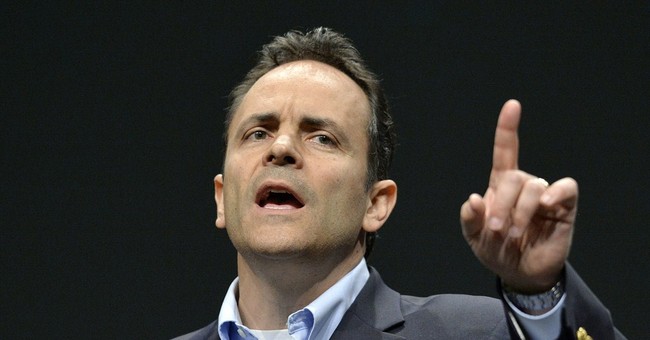 Last week a political debate was held and how the results of that debate are interpreted by voters could have significant impact on their quality of life. Who voters select as the winner of that debate, and the election which follows in just forty-one more days, could be a significant indicator of the mood of the nation. I’m talking about Kentucky’s gubernatorial election and as I predicted in this space in May, it should be a wonderfully accurate bellwether of national elections to come.

That’s because this Kentucky election has all the stark contrasts in policy views, proposed remedies, and voter metrics that we’ve become familiar with in the Presidential race. The contrasts were on display in the debate.

Economy- When asked about the current democratic governor’s expansion of Medicaid, Conway’s answer was a typical kick the can down the road solution of revisiting whether or not the state could pay for the increased entitlement in 2021. Bevin met the issue head on. Though some voters will likely balk at losing their new benefits, Bevin vowed to end the program and use those funds to find a more efficient (and likely privatized) method to insure as many of the current beneficiaries as possible. When asked repeatedly about other budgetary shortfalls, Conway’s answer was either to ride out the bad times and hope they get better, or raise taxes. Bevin emphasized the importance of removing as many obtrusive regulations on job creators as possible (Bevin supports “right to work” which contrary to accusations, has proven very beneficial for both union and non-union workers) and thus expand the tax base via employing more Kentuckians

Energy- File this one under “credit where credit is due.” As Kentucky Attorney General, Conway did join a couple of lawsuits against the EPA as a counter to that agencies very real “war on coal”. However, Conway made certain to tout the need for “environmentally responsible” energy generation. Read that as a nod to one of his significant campaign contributors, the Sierra Club (two large donors having recently given this same Sierra Club 105 million dollars to help them wage that war on coal). Bevin recognized the essential role that coal must play as the lowest cost provider of electricity in this nation, and said Kentucky must not allow the EPA and its allies to run roughshod over Kentucky’s coal industry.

Education-There was significant disagreement on this topic, with Bevin favoring less funding for Universities and colleges (that that this author would purport have become more and more indoctrination centers for liberal political views) and maybe a little more for trade schools that train students to enter the one segment of the economy that seems to be adding jobs, tradesmen. At the same time, Bevin stated that the new governor needs to find better ways to spend existing tax dollars, as opposed to seeking higher taxes, so that those funds can be poured blindly down an education rabbit hole. Conway called Bevin mean and anti-education and made the classic democratic tie-in between spending more money on education and actually achieving superior educations for students. History over the last three decades has proven that a false premise. Conway went on to assert that once Kentucky students receive this superior education, fueled by tax dollars, and I suppose common core indoctrination, great jobs will supposedly follow. This answer is likely why the teachers union bused in legions of Conway supporters at the recent political rally at Fancy Farm.

Social Issues- Obviously the recent incident that thrust Kentucky into the national spotlight was discussed at length. In case you don’t know, it was the Kentucky Constitutional Amendment upholding traditional marriage, which Attorney General Conway refused to defend before the Supreme Court, which came before the US Supreme Court in the Obergfell decision this past June. At the time Conway stated that he wanted to save the taxpayers the money it would cost to appeal, but he also stated that he personally found the amendment discriminatory. He hasn’t said if he thinks 75% of Kentuckians who voted for the amendment are discriminatory.

As to metrics, Kentucky has trended towards red statehood in national elections but has been firmly blue when it comes to selecting governors. If Kentucky is willing to buck this trend and elect Matt Bevin, it should bode well for the 2016 elections.