Trump vs Cruz: Birds of a Feather? 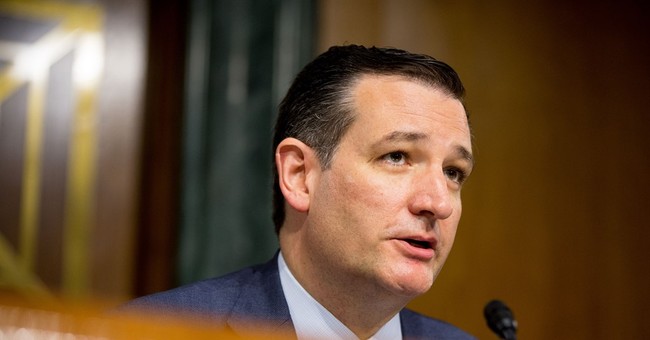 As a conservative I gave up long ago on balanced television news coverage. But even this jaded viewer has been disappointed by what I consider unfair and inadequate news coverage of Presidential Candidate Ted Cruz. When Cruz first entered the race for a Texas senate seat he instantly became a favorite of tea party crowds. That’s not because Cruz was some fringe lunatic or right wing radical. Its because he instantly displayed world class communication skills that he used masterfully to articulate conservatism. Though it may sound like heresy to some, I would posit that Cruz is better at communicating conservative principles than even…yes I’m going to say it…Ronald Reagan.

However, I have watched many, even in conservative media treat Cruz like either a fringe right winger or an intellectual who doesn’t understand how Washington works. This criticism has gone on since Cruz first came into the Senate but hit a higher gear when he supposedly “shut down the government” in his attempt to defund Obamacare. At that time Cruz was roundly criticized by the aforementioned commentators and accused of everything from showboating to dereliction of duty. In fact Cruz was merely staying true to his promise to actually “do” something about Obamacare. Had he received energetic support from his own leadership, he might have succeeded.

Which leads us to coverage I saw on Monday night. After Cruz stood courageously on the floor of the Senate last Friday against his own Majority Leader for what Cruz says was a breach of trust within the caucus, some media brought out the long knives. Cruz was now accused of rank hypocrisy. This charge was based on Cruz’s promise to avoid Republican on Republican violence. But I had always taken Cruz’s statement to be in regard to criticism of other GOP Presidential Candidates. At last tally, Mitch McConnell had not entered the Presidential race. Conversely, the Senate is supposed to be a deliberative body. So how is Cruz a hypocrite for doing his job as a Senator?

Finally, there is the maddening tendency of media to lump Cruz in with Donald Trump. Some pundits seem to relish the theory that both men are unserious candidates, equally temporary flashes in the pan. The consensus, a mantra repeated in various ways by various media personalities, seems to be that both Trump and Cruz are merely a temporary salve for the disaffected. The pundits have repeatedly set up a false equivalency wherein both men are depicted as unenlightened as to the DC ways, rude, insincere in their motives, and to be taken with an equally tiny grain of salt. In reality, though the two may be friends and may share similar positions on a few issues, they are miles apart when it comes to substance.

While I have gotten as big a kick out of Trump as the next voter, I am not a supporter of his candidacy. Trump specializes in platitudes and generalizations which, while temporarily refreshing in our current political culture, display a lack of depth and reflect a lightweight approach to the root causes of national problems as well as their solutions. Ted Cruz on the other hand, a magna cum laude graduate of Harvard Law, has repeatedly demonstrated world class debating skills, an ability to make a strong, specifics-filled, case for conservative principles on virtually any topic, and the aforementioned communication skills to teach conservatism to the nation. Cruz rarely raises his voice when dispatching an opponent whether in a committee hearing or last week in his articulate take down of the Majority Leader.

For my entire adult life Americans have been crying out for a true statesman cut from a fabric similar to our founders. There are more than a couple of men in the Republican field of candidates that may fit that mold, none more perfectly than Cruz. Though some pundits can’t discern a significant difference in the depth and thoughtfulness between Cruz and Trump, let’s hope the voters can. If Cruz gets adequate time in front of the microphone at this first debate, something tells me he will make that difference clear.