2022 Is Off to a Bad Start, Courtesy of the Court of Criminal Appeals

Chris Salcedo
|
Posted: Jan 17, 2022 12:01 AM
Share   Tweet
The opinions expressed by columnists are their own and do not necessarily represent the views of Townhall.com. 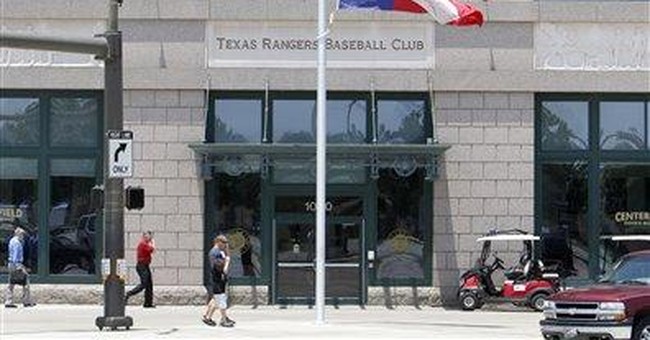 This division of labor is supposed to get Texans better legal results. Civil lawyers take the bench on the Supreme Court and handle civil matters while criminal lawyers take the bench on the CCA and handle criminal matters. But a recent decision coming out of the CCA has exposed what many have been shy to say out loud—That’s where I, your Liberty Loving Latino, come in.  The word “shy” and Salcedo are rarely used in the same sentence. The CCA judges are mostly B-team players whose sole audience is the overwhelmingly liberal criminal law bar. Alarmingly, as reflected in recent headlines, it seems these judges are not committed to delivering justice to, “we the people.” Instead, these agendized jurists consistently render judgments designed to shore up the power of their friends and colleagues in district and county attorney offices around Texas.

A few weeks ago, the CCA handed down an 8-to-1 decision in State v. Stephens declaring unconstitutional a statute giving the Texas Attorney General authority to “prosecute a criminal offense prescribed by the election laws of this state.” That statute—section 273.021 of the Texas Election Code—which has been around for several decades— has allowed Texas Attorneys General to doggedly pursue election integrity. It's why Texas elections have been more secure than any other state in the union. And it’s also why committed leftists find that statute to be such a pain in the rear. Enter the CCA’s rather obvious and boneheaded decision.

First, CCA’s decision is illogical. The Court says that because county and district attorneys are created under an article called “Judicial Department,” their role in prosecuting crimes is a judicial rather than an executive function. At the same time, because the Attorney General is created under the “Executive Department” article, he cannot prosecute crimes because that’d be “judicial” and thus an impermissible encroachment on a “judicial” function by an executive. You read that right! The court has laughingly proclaimed that a Texas Attorney General cannot prosecute crime. That would come as a shock to…well…just about anyone with a brain.  I was going to reference Wikipedia; you know how left-wingers love Wikipedia? But I thought I’d give the eight judges on the CCA a remedial lesson in the Attorney General’s duties, courtesy of Ballotpedia.

“The Attorney General of Texas is the chief lawyer and legal officer for the state of Texas. According to the Texas Constitution, the attorney general defends the laws and the constitution of the state of Texas, represents the state in litigation, and approves public bond issues."

Did you catch the part where the AG is supposed to defend the laws? Who would the Texas AG be necessarily defending those laws from? People who would BREAK those laws, perhaps? Here’s another remedial lesson for the Judges on the “Criminal” Court of appeals. Those who break laws are referred to, in the common vernacular, as “criminals.” Odd that judges on the “Criminal” court don’t seem to grasp the word “criminal.” There’s no excuse, really. Isn’t the word “criminal” on every business card for each of these so-called judges for crying out loud?

Secondly, the CCA’s decision sweeps away over a century of precedent. If taken to its final conclusions, the Court’s sophomoric separation-of-powers analysis would strip the Texas Attorney General of power to litigate—an apparently “judicial” function—any civil case in state court, and even throws into question the authority of the Attorney General to litigate in federal court as well, since that duty is not expressly assigned to any agency in the Constitution. This can’t be right. And, of course, it isn’t—not under 120 years of Texas Supreme Court common law. But the CCA, that you’ll remember, doesn’t know the basics of what a criminal is, seems to think they are there to deliver this power grab for the leftist criminal law bar. And they are willing to say, “to hell with 120 years of that pesky precedent,” to do it.

Thirdly, the CCA’s decision thwarts the will of the People of Texas as expressed through the Legislature. The Texas Constitution directs the Attorney General to “perform such other duties as may be required by law.” In enacting section 273.021 of the Election Code, the Legislature several decades ago gave another “such duty” to the Attorney General: “prosecute…criminal offense[s] prescribed by the election laws of this state.” But the activist CCA shoves the People and their representatives, improperly legislating from the bench, by striking that Constitutional provision from the books. How is it that these mental midgets in the CCA dare to lecture our people on the separation-of-powers, when their very actions denote they couldn’t care less about that?

Finally, worst of all, the CCA’s decision is dangerous. By stripping the Attorney General of his rightful power to criminally prosecute violations of Texas’s election laws, the Court instead vests that authority exclusively with county and district attorneys. Said another way: Deep blue government attorneys in deep blue cities and counties now have all the power to ignore our election laws, as some of them did in the 2020 election, using the China-virus as an excuse. No checks. No balances. Just Socialist-Democrats allowing election law violations to run rampant in their jurisdictions, courtesy of the alleged Criminal Court of Appeals, a court that, like their left-wing colleagues in other states, seems hellbent on not punishing criminals who violate our laws.

In that same vein, this ruling also jeopardizes the Election Integrity Protection Act of 2021, which relies heavily on the Attorney General’s involvement in pursuing fraud cases. Because of the CCA, the strength of this signature piece of legislation is now severely handicapped, which appears to be the CCA’s actual goal.

Incidentally, these brave and fearless left-wing extremists on the CCA, made their craven decision two days after the election filing period ended, ensuring their primary races wouldn’t be affected by their political decision.

Supporters of the decision will be quick to point out that the CCA is comprised entirely of Republicans. But as any political watcher knows, it’s hard for anyone with a “D” in front of their name to get elected in Texas. Stealth left-wingers have been running in Texas elections for years. Don’t forget it was a Republican appointee, Chief Justice John Roberts, who re-wrote Obamacare from the bench, declaring it to be a tax, even after Obama lawyers spent two years in court saying that it wasn’t a tax. “Republican,” is no longer synonymous with “conservative” or “originalist.” We, in the conservative movement, have learned that lesson the hard way.

If the CCA’s decision isn’t overturned, the 2022 elections will be primed for fraud, mischief, and irregularities, the only hopes Democrats have at staving off a forecasted “red wave.” Thankfully, the Attorney General recently filed a motion for rehearing. Texans everywhere should contact their legislator and demand a constitutional amendment re-empowering the Attorney General with prosecutorial authority over election law violations. And Governor Abbott should call a special session making this one of his priorities.

Democrats stand to lose by wide margins in 2022. But the CCA just gave them their only chance at turning Texas blue: through fraud and illegal voting. Texans should demand a fix, now. As for the eight judges who put partisan politics above doing the duty they swore an oath to do, immediate consideration should be given to impeachment proceedings to clean up an obviously corrupt CCA.

Chris Salcedo, is a nationally recognized radio talk show host heard on WBAP is Dallas TX and KSEV in Houston TX and hosts The Chris Salcedo Show daily on NewsmaxTV. He is the author of the book Liberty Rises, and the Executive Director of The Conservative Hispanic Society.

Could This Be the Reason Why Police Reportedly Didn’t Enter Texas School to Confront the Shooter?
Townhall
Bill Melugin wants to know where the Uvalde shooter got the money to buy those rifles and ammo
Twitchy
Bill Melugin Asks Great Question About How Uvalde Shooter Was Able to Buy Guns and Ammo
Redstate
EXPOSED: Amber Heard's Terrible, Awful, No Good Day in Court That Revealed 5 More Lies
PJ Media