Joe Biden Launched a Culture War on America’s Daughters. How Will Conservatives Respond?

Chris Madden
|
Posted: Feb 06, 2021 12:01 AM
Share   Tweet
The opinions expressed by columnists are their own and do not necessarily represent the views of Townhall.com. 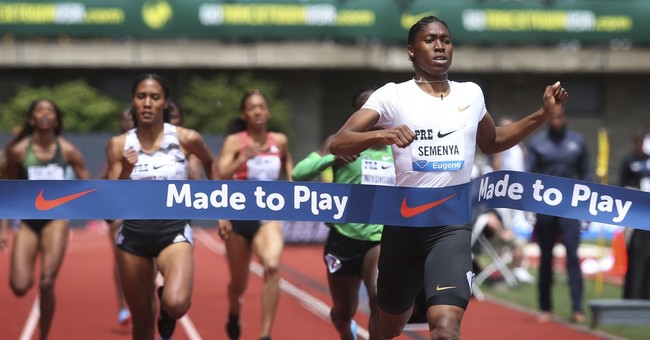 Editor's Note: This piece was coauthored by Chandler Madden.

On Day One of his presidency, Joe Biden sought to undo almost half a century of advances for women with the single stroke of a pen.

With the signing of President Biden’s executive order on “gender identity,” schools were put on notice they may soon have to accept whatever a student identifies as -- in the classroom, on the field of competition, in locker rooms, and in restrooms – or else risk losing federal funding. On a day when the media was busy celebrating Kamala Harris for breaking glass ceilings, their silence was deafening on the future of women’s sports.

Fortunately, at least some leaders are stepping forward to fight back. This week, Sen. Mike Lee (R-UT), along with 13 cosponsors, introduced the Protecting Women and Girls in Sports Act, a bill which would reinforce Title IX to protect those it was always meant to: female athletes.

Since 1972, the Department of Education’s Office of Civil Rights has utilized Title IX as the cornerstone for ensuring women’s equality within federally funded programs and activities, most notably collegiate athletics.

But with this latest executive order, it isn’t just collegiate women athletes who are at risk from seeing their records overrun, representations destroyed, and hard-fought dreams reduced to nothing, but our daughters in K-12 sports too.

Consider the case of Chelsea Mitchell, a high school student in Connecticut who excelled at track and field and had dreams of competing collegiately. In fact, she was ranked as the fastest girl in the state in the 55-meter dash. But then two biological males entered the race, ultimately costing her four state championships as well as other awards and missed scholarship opportunities.

Alongside several other female athletes, Mitchell filed a lawsuit last February against the Connecticut Interscholastic Athletic Conference, and while the case has not yet been decided, its outcome will likely set an important precedent that could serve to either strengthen or destroy Title IX protections forever.

With just shy of 20 states allowing athletes to compete under whatever gender they identify as, and with Joe Biden and radical leftists now at the helm in Washington, conservatives must continue to address this issue on a local, state, and federal level.

Thankfully, Sen. Lee and his fellow cosponsors are doing just that in Congress, as are lawmakers in many state legislatures. In Georgia, for example, State Rep. Philip Singleton this week introduced a bill that would ensure women’s sports in state schools are limited to biological females. Legislators in Idaho passed a similar bill last year, and bills protecting opportunities for female athletes are being considered this year in Montana and several other states.

Moreover, parents across the nation are also beginning to wake up to the reality that this culture war is taking special aim at their families, and in particular their daughters. The once safe harbor of youth sports, where children learned the values of effort and teamwork, is becoming the new battleground of the Left’s identity politics war.

The American family sits at a crossroads: Do we embrace these anti-science policies which attack the biological reality of gender, or do we stand firm against this warped ideology being allowed to shape our children's reality?

Concerned parents and citizens must not stand idly by any longer. Call on your representatives to support legislation which will preserve opportunities for female athletes and protect our children from this radical agenda, and support those leaders who have stepped forward to do so, despite the attacks from the Left.

The family is America’s most important institution. For the sake of our country’s daughters (and sons), we cannot afford to remain silent.

Chris Madden is the Deputy Director of Development for American Principles Project. Chandler Madden is a NCAA Division II Softball Coach. They live in Greenville, SC, with their daughter Carter.

Americans Notice a Very Problematic Part About Those 'Free' Covid Tests the Government Is Sending Out
Townhall
Sadly, this new campaign ad from Ron DeSantis does not meet with Joe Scarborough's approval. How will the Florida governor ever recover?
Twitchy
The Capitol Police Are Spying on Members of Congress, and the Details Are Incredibly Disturbing
Redstate
Military Whistleblowers May Blow Up the COVID Vaccine Narrative
PJ Media