A Tale of Two Substances 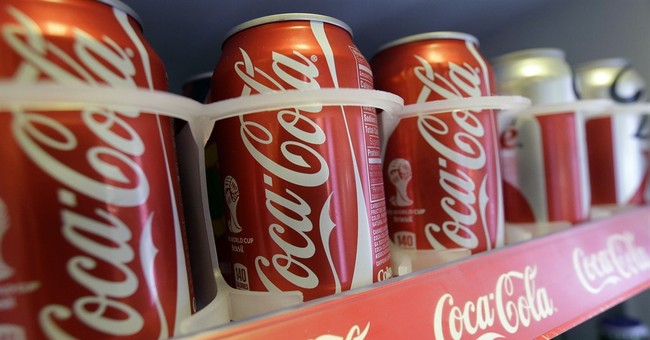 When the city of Berkeley earlier this month passed a one-cent an ounce tax on sugary drinks, Politico hailed the vote as historic because it authorized the “first real sin tax on soda in the United States.”

Drinking soda is a sin? Gulp. The soft drink industry is the latest American business to be vilified. Think of the sector as liquid Wal-Mart or Golden Arches in a bottle, the latest addition to the Nanny State hit list.

While San Francisco’s similar ballot measure for a two-cent tax on sugary drinks failed, Berkeley’s Measure D garnered more than three-fourths of votes cast (only a majority was necessary), after a campaign that evoked enthusiasm (and money) from the great and the good.

Former New York Mayor Michael Bloomberg, who succeeded in banning the sales of sugar-sweetened drinks sixteen ounces and larger in New York before a court overturned the measure, poured $657,000 into the passage of the tax. Bloomberg’s money paid for ads supporting Measure D that ran during the World Series.

Celebrity chef Alice Waters of the famous Chez Panisse restaurant, foodie activist Michael Pollan, the Berkeley NAACP, the YMCA in Berkeley, the Latino Coalition for Healthy Families, and the African American Tobacco Control Leadership Council were among those who lined up behind the soft-drink tax.

“Fifty years ago this month, Berkeley was the epicenter of the Free Speech Movement. Now, Berkeley is moving against Big Soda,” Robert Reich, former Clinton administration Labor secretary and now a professor at UC-Berkeley, wrote in the Huffington Post.

Meanwhile, a website devoted to passing Measure D proclaimed, “We face a serious health crisis: 40% of kids will get diabetes in their lifetimes unless we do something about it. The link between sugary drinks and diseases like diabetes is undeniable. Measure D is a strong policy that addresses this crisis by taxing the companies that distribute sugary drinks in Berkeley, like soda, energy drinks, and sugary coffee syrups.”

Need I point out that the thinking here is—uh—imprecise. How much of the diabetes in the country can be laid to sugar-sweetened drinks and how much to, say, cupcakes? Wait—cupcakes are considered very cool right now. So leave these trendy little concoctions out of it (for the time being). But note the language: 40 percent of kids will get diabetes in their lifetimes. Kids—like fifty-year-old kids?

This implies that if you are fifty and get diabetes you’re still just a kid—unable to control what you put into your mouth. It also leaves out the idea of personal responsibility. If you are a real kid, your parents are responsible for teaching you proper eating habits, if that’s not such an onerous burden that the state should do it by proxy. And, as an adult, you should not be helpless before Big Soda. If you are, there are plenty of shrinks and nutritionists who can help you without forcing Nanny State rules on the rest of us.

Berkeley, not surprisingly, is a trail blazer in going after Big Soda—just the name is sinister, no?—through legal methods, but other states and municipalities can’t be far behind. Brooklyn, New York Assemblyman Karim Camara, for example, is proposing that soft drinks be required to carry a warning label much like the labels on alcohol and cigarettes. The label would say that soft drinks contribute to “obesity, diabetes and tooth decay.’’ No joke, if you’re spending your day imbibing soft drinks. But get a grip…

This idea of our supposed helplessness in the face of Big Soda’s blandishments was for me most memorably captured by an episode of Law & Order: SVU (Confession: Law & Order is my addiction—I endure sugary PC lectures for the plot twists) a few years back. It was my first brush with the demonization of soda pop, which, as somebody who grew up in the Deep South where “Coke parties” were all the rage in junior high, I take personally. Just for the record: We young ladies would no more have imbibed sixteen ounces of Coke than we would have crammed an unseemly number of open-faced tomato sandwiches into our mouths, tempting though they were.

Apparently, the young people depicted on Law & Order episode, in which the words “Big Soda” were tossed about with an intonation that implied depths of corruption, have our iron discipline. The plot revolved around the murder of a woman who had been involved in a shady occupation: she was a public relations executive at a company manufacturing—you guessed it—sugar-sweetened drinks. As such, she had many enemies, including a mother who held her responsible for her son’s death. The segment featured this exchange between the mother and the always earnestly PC Detective Olivia Benson (I am indebted to Breitbart for preserving the dialogue):

Davy’s Mom: Davy was 12 when he took his life. I tried to make him stop with the cola. But he was addicted to it. ?

Det. Benson [slowly, with furrowed brow]: Soda made him kill himself. ?

Davy's Mother: I collected all the research. High-fructose corn syrup can make you obese. And obesity can make you depressed. ?

Det. Benson: And depression can lead to suicide.

And in the modern world, drinking too much soda can lead to taxes, ordinances, and warning labels—and Law & Order episodes. Despite a Tax Foundation study (“Overreaching on Obesidy: Governments Consider New Taxes on Soda and Candy”) indicating that such taxes have little impact on consumption, progressives are full speed ahead.

I can’t help but note that in Berkeley, where soda is vilified, another substance—pot—is considered practically a right. The city council voted unanimously that medical marijuana dispensaries in Berkeley must earmark 2 percent of their business to make available medical marijuana to low-income residents for free, beginning next summer.

So soda is sin and pot is a right? Even as somebody generally favorably disposed towards legalization, I must ask: What is going on here? It’s simple. The cool people think marijuana is cool but that fizzling soda is not cool. Today, progressives may be going after Big Soda, but, when they finish off that industry, they will set their sights elsewhere. Cupcake bakers, beware.