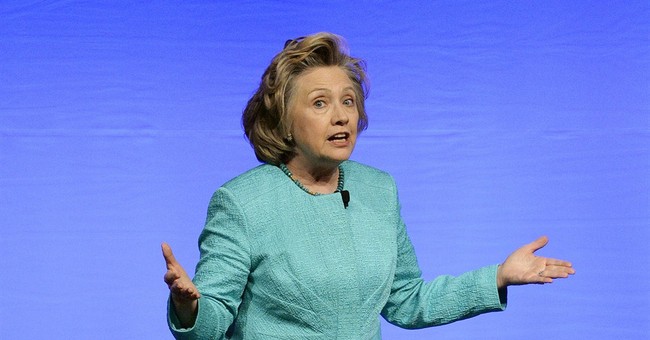 When the feminist movement got into high gear in the 1970s, it was supposedly going to be good for women—all women.

Whatever feminism has done for ordinary women (more thoughts on this in a minute), it has been a boon to a particular sort of woman: the hard-as-nails elite woman, who knows how to advance her cause, often disingenuously, using feminism as her weapon.

Recently-dismissed New York Times executive editor Jill Abramson is the epitome of this. Abramson is a talented woman, and one of her talents is playing the feminist fiddle.

Abramson had barely closed the door on the way home before Ken Auletta of the New Yorker was reporting in a blog that the deposed Times editor had suffered from gender-based pay discrimination while at helm of the great liberal institution. Her subsequent efforts to right the wrong, it was implied, led to her abrupt dismissal.

The Grey Lady--a bastion of political correctness and a constant cheerleader for "equal pay" legislation--was suddenly reduced to publicly badmouthing its former executive editor, in statements and a Vanity Fair interview by embattled publisher Arthur Sulzberger—who is known as Pinch—in order to defend itself from charges of sexism. What’s not to like?

Based on her brilliant PR campaign against the hapless Pinch Sulzberger in the wake of her firing, Abramson’s roughly half million a year compensation was nothing compared to what she could earn as a public relations mastermind. She deployed feminist rhetoric and surrogates, including her daughter who famously tweeted a picture of an undefeated “Mom” in boxing gear that made the front page of the New York Post. The not-for-attribution interview that Abramson or somebody with suspiciously intimate knowledge of her granted Auletta was key. Auletta wrote:

"As with any such upheaval, there’s a history behind it. Several weeks ago, I’m told, Abramson discovered that her pay and her pension benefits as both executive editor and, before that, as managing editor were considerably less than the pay and pension benefits of Bill Keller, the male editor whom she replaced in both jobs.

“She confronted the top brass,” one close associate said, and this may have fed into the management’s narrative that she was “pushy,” a characterization that, for many, has an inescapably gendered aspect."

Feminists quickly jumped on characterizations of Abramson’s management style, claiming that the notoriously arrogant Abe Rosenthal was also a difficult as a boss. Let’s just say that Rosenthal, whatever his disposition, was one of the great editors of the New York Times and leave it at that. But what about the alleged pay discrepancy?

It is difficult, if not impossible, for outsiders to judge the internal calculation an employer uses to arrive at the right compensation for a particular employee. (That’s one reason "equal pay" legislation would be a bonanza for the torte law bar.) But let’s hazard some guesses on the Jill's compensation.

Maybe the Times considered the number of years Keller had been at the company—while Keller was a Times lifer, Abramson had a career at the Wall Street Journal before joining the Times. We might also consider that newspapers, the Times included, aren't as prosperous as they once were. Or maybe it was job performance?

After all, the dismissed editor reportedly had some poor job performance reviews under her belt when she was let go. Indeed, by this week, Auletta was backing off on the matter of pay discrepancy as the root of Abramson's firing and indicating that her management style was more important. Auletta told Charlie Rose that the reason Phil Taubman was paid more than Abramson as Washington bureau chief was that he had been on the Times Editorial Board and the pay carried over into the subsequent position.

Since the Times has covered "equal pay" legislation so sympathetically, it is pertinent to ask: Can you imagine how intrusive an “equal pay” law would have to be to take into account situations such as Jill Abramson’s? Still, it is amusing to see the liberal Times being forced to take cover behind the kinds of arguments about compensation other employers use when the issue is raised. (When the White House was caught paying women less, it put forth an argument about the choices women make. These are arguments that other employers in more ordinary environments make. Sulzberger has claimed that at the time of her departure Abramson's total compensation package was up there with Keller's.

Meanwhile, Auletta and others may be revising the theory that a sexist pay discrepancy caused Jill Abramson's firing, but I’m willing to bet that she’ll get a fabulous settlement from a stunned Times management. And Jill is now even more of a certified feminist icon than when she took over the top job. I have to confess to a sneaking admiration for her sagacity and pugnacity in handling what many of us would regard as a defeat: by knowing how to play the feminist fiddle, Abramson has turned humiliation into glory. She had brought the management of the newspaper whose power the writer Gay Talese once described in biblical terms to its knees.

Jill’s husband Henry Griggs didn’t have to pop up to save the day for his wife the way former President Bill Clinton does whenever Hillary gets in hot water. But despite having ridden a man’s coattails, Clinton uses feminism just as adroitly as Abramson—and she wants something bigger than being editor of the New York Times!

Feminism is Hillary Clinton’s sword and shield. Feminism provides the rationale for a Hillary Clinton presidency and it is the defense against any criticism. If the age issue, which bedeviled Ronald Reagan, Bob Dole, and John McCain, is raised, cries of sexism follow. Mrs. Clinton, you see, is not an older candidate; she is a female candidate. So please hush up.

If Mrs. Clinton is elected, all criticism will be met with the accusation of sexism. It will be quite similar to the way legitimate criticism of President Obama is deflected by a charge of racism. So potentially, we will have eight more years of having a chief executive who can’t be criticized. Just being a woman is Mrs. Clinton’s most important “achievement.”

Gallup has found that the most attractive thing about Mrs. Clinton is her possible role as the first female president. Americans do love broken glass ceilings and the underdog, even when the perceived underdog comes from the highest echelons of the ruling class. Like Abramson, Mrs. Clinton is well-served by feminism. Yet what has such symbolism gained America?

When it comes to feminism, it's clear that the ordinary women haven't fared as well as the Clintons and Abramsons.

Single mothers, who are struggling to raise their children, may look wistfully at the old-fashioned family unit that feminism described as oppressive and patriarchal. They're the ones who have suffered from the downfall of marriage and the family, even self-proclaimed educated, elite feminists like Ms. Clinton and Ms. Abramson know it remains best for them and their children. College girls grappling with the hook-up culture—still regarded as a step forward by most feminists—may wonder how exactly this “liberation” is benefiting them. Women with husbands and sons under-employed or out of work are unlikely to be celebrating the decline of men as a female triumph, or care about abstractions like the pay gap. They want fulfilling work available for both sexes, which seems an increasingly far-off fantasy in the new economy.

Mrs. Clinton admitted in a recent speech before the New America Foundation that many woman are now worse off than in the past. “American women, with the least education, less than high school education, and the lowest incomes are actually living shorter lives today than their mothers did,” she said. “Shorter lives than women in any other major industrialized country. The only other place where we have seen such a reversal in life expectancy was among Russian men after the collapse of the Soviet Union. There is no single explanation as to why life expectancy is declining. But it correlates with unemployment and economic stress.”

Mrs. Clinton as president would likely continue the Obama policies that have let to high unemployment and economic stress (unless a guy named Bill persuaded her to do otherwise). But no doubt her reign would be proclaimed as a feminist triumph, regardless of how actual women fare. That's because feminism is not really for the betterment of women generally: It is for Jill and Hill and the others who know how to wield feminism as a weapon.