The Destruction of Our Culture of Self-Reliance and Civic Society 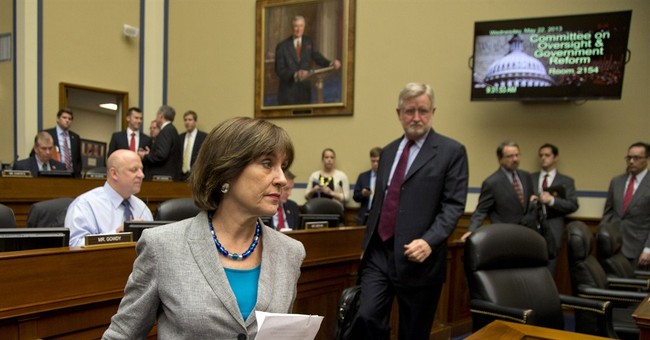 On the night Barack Obama was re-elected, I came home and heard fireworks in my neighborhood. It felt like a hinge of history. A few months later, the Capitol is seeing fireworks of another kind as scandal bursts from every direction.

But conservatives mustn’t gloat too soon.

We don’t know which way the door on the hinge will swing. Will these scandals cause Americans to reassess support for big government politicians so we can return to a republic of rugged, self-reliant citizens—as envisioned by our Founders? Or will Americans yawn so that the Left feels even more invincible in continuing to build the liberal edifice with more and more progressive bricks?

One would hope that Americans would recognize that we are on the edge of a precipice.

We should be very worried when we learn that the Internal Revenue Service, the most feared and powerful of all federal agencies, spies on and harasses conservative organizations with the obvious intention of shutting down their funding so that they can’t speak out against an ever-encroaching federal government.

This isn’t the first time in American history that the IRS has been abusive. Not by a long shot. But the large-scale intimidation of organizations hostile to big government was nothing short of an attempt by a federal agency to inhibit free speech. Reporting on this administration may even get your mom and dad’s phone records seized, as happened when Fox's James Rosen's reporting ran afoul of the administration.

Obamacare—which takes up one-sixth of the U.S. economy—appeared to be the liberal dream come true. It is turning out to be everybody’s worst nightmare, likely to topple of its own weight. But what then? Will we use the opportunity to institute genuine reforms—or will there be a stampede, led by prideful Democrats, to a single-payer system? But don’t worry—the IRS, yes, them again, will be monitoring our compliance with Obamacare.

Whatever happened to American prosperity? We have an economy that on its best days only sputters along, in part because of unnecessary and expensive regulations. Slight improvement is hailed as a new golden age by Democrats. Whereas families once came to America to work hard and—often tempered by hardship—build a new life, Congress is now considering passing an immigration bill that has the supposedly draconian provision that new arrivals can’t receive public assistance for the first 13 years. But after that…

Recently we encountered the phenomenon of a terrorist family with EBT cards and living in Section 8 housing! There is now a record 23 million households in the U.S. receiving food stamps. Only they aren’t called food stamps anymore. In the District of Columbia, where I live, for example, the food stamp program is called DC Hunger Solutions. Let me be clear—I don’t begrudge the genuinely poor or disabled receiving government help with the staples of life, but in the past the usual “hunger solution” was hard work. Of course, it is harder to find a job in our current economy. Social Security disability is one of our few growth industries. People who don’t fight to feed their own children are to be pitied. But it is possible that government programs encourage many to abdicate their responsibilities?

What we are witnessing is the failure of the power-grabbing federal government that began its expansion beyond constitutional limits in the 1930s. Progressive ideas have led us to near ruin. But the overt failure of these ideas isn’t enough to turn things around. You need voters. You need to win national elections. In short, you need the White House. With low-information voters, many of whom have been tricked into government dependency—the government actually looks for new food stamp recipients!—it is not at all certain that we can save ourselves.

In a nation in which a growing number of people that have lost the will to take responsibility for themselves and their families, we are in deep trouble. We have a large number of citizens for whom striving to make it against the odds, prevailing over difficulties, and living without government assistance are alien notions. This is a nation in which self-reliance and liberty are under attack.

Not only is government destroying our culture of self-reliance, but it's killing our civic society. More government simply crowds out the churches, neighborhoods, and non-profits that should be helping those who really are in need. Especially now.