Will Young People Really Be Pulling the Obamacare Cart? 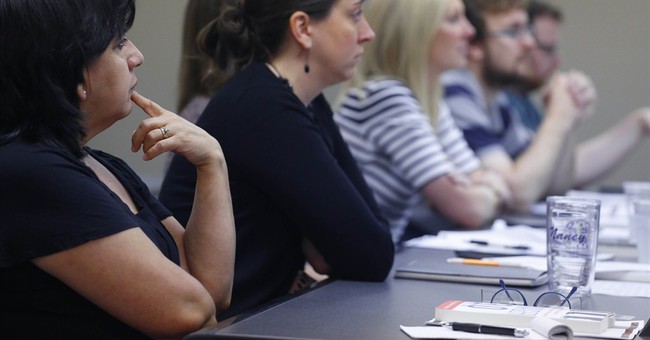 In order for the Affordable Healthcare Plan to "work," millions of healthy young people need to enroll in the exchanges in order to defray the cost of older less healthy people. If younger Americans do not become paying contributors into the health exchanges, we will enter what many call "the death spiral" with skyrocketing premiums. As the health insurance companies are not able to defray the higher costs of caring for the old onto the "young invincibles," history will be left with another failed attempt at socialized medicine.

Are young people going to sign up and pay double the current rates to become paying contributors into this system? Most critics point out that young people are not likely to sign up because of increased costs. What is the incentive to pay into a system that would accept them if they have an accident or get sick since there are no longer pre-existing condition roadblocks? One ironic and unintended consequence now coming to light is many young people are discovering that they don't have to pay into the system at all but can get free or heavily subsidized insurance via Medicaid.

For example, a friend of mine in Colorado, a 27-year-old healthy young married man, was forced onto the exchanges when the Obamacare portal opened. He began shopping for plans and was stunned to see the minimum plan premiums have tripled from the previous plan he was on. Earning about $21,000 a year, he is not able to afford even the most basic plan. As he scrolled down to the bottom of the screen and entered his income, he was shocked to discover that he was now eligible for Medicaid. That's right, a strong healthy 27 year old male is now eligible under the new law for government subsidized health insurance. He could not resist a free offer for health care and is now enrolled in Medicaid. He was previously a content customer paying for a private health care plan but now has been "forced" into a free plan which raises the question where is the money coming from to subsidize his "free" plan? Furthermore, will he find a primary care doctor who is able to see him on short notice?

It's ironic that the young healthy people Obamacare needs to enroll could actually make the structure weaker instead of stronger since many young people in their 20's and 30's who are married with kids are earning wages that are low enough to qualify for Medicaid. As more people go onto Medicaid, it will be harder and harder to find doctors who will accept Medicaid patients due to low reimbursements. Socialized medicine is well known for the long waits to see doctors. These patients who cannot find primary care doctors will simply go emergency rooms for their care just like the pre-Obamacare system. Thus, another irony is revealed as we could end up back to square one with overloaded emergency rooms filled with non-paying patients.

Indeed, early results are showing this is exactly what individual states are reporting. Most states are showing that 65-90% of all new enrollees are going into Medicaid. Who is going to pay for all this? Are we just kicking more cans down the road for my generation to deal with? Eventually, these cans are going to pile up in my generation's backyard due to the careless policies of big government politicians who are focused on just getting re-elected instead of trying to leave the next generation better off. My Colorado friend and millions like him would rather pay into the best medical care system in the world rather than get "free" health care from an inferior socialized based system of medicine involving long waits to see doctors and bureaucrats in Washington making health care decisions "for the greater good."

Whether or not the Obamacare system can remain solvent with so many new enrollees into Medicaid is just one problem. The longer term problem behind this massive disaster of Medicaid expansion is that we are now "hooking" our youth onto continued government assistance. My Colorado friend never asked for "free" health insurance but now as he and millions like him will soon be forced into Medicaid, they are more likely to grow dependent on the government. Our country cannot afford a generation that expects to have their healthcare, education, and lifestyle subsidized by the government. Obamacare only accelerates and bankrolls this entitlement culture amongst our nation's youth as the younger generation becomes both fiscally and psychologically more dependent on its nanny government to take care of them.

Some conservative analysts think this dependency is the ultimate purpose of Obamacare. Perhaps all this upheaval is not about health care but rather political power; namely, increasing the power of the liberal politicians responsible for these big government entitlement programs. As more people come to depend on the generosity of big government, these dependent voters will feel compelled to vote to keep their "nannies" in power. Obamacare is manufacturing voters who will be "voting for a living" reflecting the old adage that "once a hand is extended it's not likely to be pulled back again."

Modern democracy cannot function if we have more people in the cart than pulling the cart. Unfortunately, Obamacare only strengthens the entitlement state and forces the creation of a powerful voting block of "cart occupants" instead of "cart pullers." Eventually, the weight of debt being piled up into an increasingly socialized health care system will stop this cart dead in its tracks leaving both cart pullers and occupants without the superior health care system we've grown accustomed to and can no longer take for granted. Already, we are seeing the unintended consequences of big government interference in the marketplace. The rollout of the exchanges has been a disaster and the reality is that millions more people are now losing their health insurance than gaining new insurance, thus defeating the purpose of Obamacare. Trying to help the 15% of the population of uninsured gain affordable insurance was a worthy goal, but does it make sense to ruin the health care system of the 85% to try and get insurance to those 15%? Free market concepts such as allowing insurance companies to compete across state lines would have brought health insurance rates down and brought quality of care up due to increased competition.

The ultimate irony of the unintended consequences of big government is now becoming apparent as the young people needed to sustain Obamacare could actually hasten its demise. In the end, Obamacare is just another reason why the tombstone of liberalism will read, "Here lie the good intentions that could not be translated into good public policy."