Big Tech Hate Is Not a Reason to Harm Constituents

Charles Sauer
|
Posted: Sep 14, 2021 12:01 AM
Share   Tweet
The opinions expressed by columnists are their own and do not necessarily represent the views of Townhall.com. 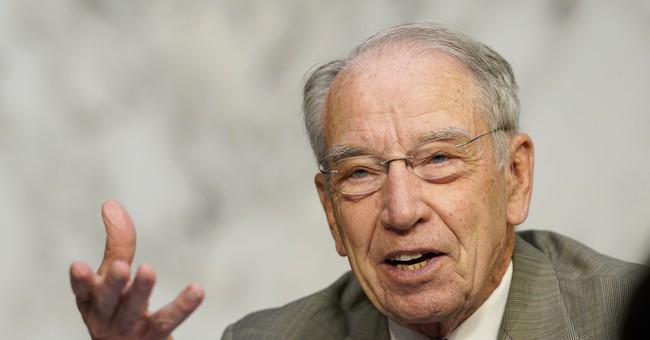 Sometimes people forget that politics is not like math or science – at least this is something that I am often guilty of. In Math a number, theorem, or proof mean something specific and reproducible. However, in politics the meaning of things is both malleable and blurry. For instance, Sen. Grassley, a Republican from Iowa, is currently participating in policy negotiations around legislation that Sen. Bernie Sanders D-VT (Someone who is left of most Democrats) is excited about. The negotiations are over antitrust bills, and while it sounds like Grassley is only in talks surrounding one of the bills – all of the bills in the House of Representatives would take the power away from entrepreneurs and give it to the government.

So, while the political definition of conservative includes a drive toward a smaller government – it is obvious that Grassley doesn’t use that same definition.

In fact, it is the Iowa part of Grassley’s strategy that is hardest to understand when it comes to any support he might have for antitrust legislation. Conservatives have consistently been opposed to the use of antitrust laws over the years – most notably when supporting Bork for the Supreme Court – but former President Trump recently supported using antitrust, Sen. Josh Hawley (R-MO) has threatened antitrust laws, and a few other Republicans have joined into this new policy trend. So, politically, although the wrong conclusion, it could be argued that a new definition of “Conservative” is emerging. However, when it comes to Iowa the policy proposals that are public are more about punishing a few big tech companies for policies that the politicians do not agree with or maybe just fail to understand. But, at the end of the day these new policies would mean less access to networking and online marketplaces which seems like a bad move for Iowans in general and rural Iowa even more dramatically.

Outside of the politics of antitrust legislation the math is pretty simple. Everyone loses when antitrust laws are abused. Choices are limited, the biggest innovators are hamstrung, more regulations are added making it even harder to start-up competitors, and investors are turned away. Meaning, fewer products, higher prices, and less innovation. A lose, lose, lose policy decision.

It just doesn’t appear to be going that direction. On the contrary it seems like a bunch of old Senators are mad about the modern world and are pushing back on it. And, it is easy to understand not liking the policies of a big business. It is a bummer that McDonald’s doesn’t always have the McRib, but that doesn’t mean that we need legislation. The right political answer is to drop out of politics and start a compressed meat sandwich company.

Grassley is a good Senator – he has represented Iowa well over his long career. Hopefully he realizes that what is best for Iowans is to make the most space possible for entrepreneurs and innovators, and if he feels that big tech, or any big business, is doing something that he doesn’t necessarily support he should use his soap box instead of his legislative legacy. Grassley should try to make it so that the next Facebook, Google, or Amazon is started in an Iowa garage – or barn.