Charles Payne
|
Posted: Jun 10, 2020 1:04 PM
Share   Tweet
The opinions expressed by columnists are their own and do not necessarily represent the views of Townhall.com. 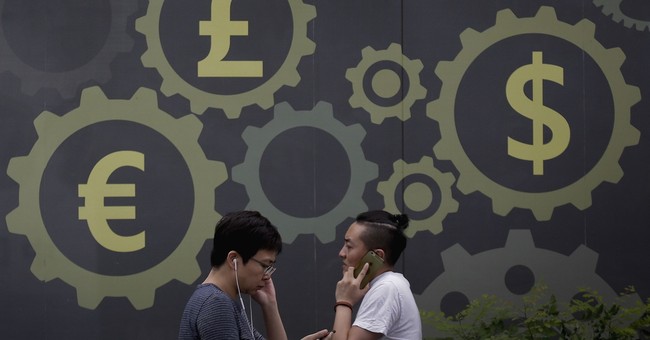 I am not sure they were ever gone, but the titans of the market, also known as FAANG, rocketed higher yesterday. Investors have determined these are the names to be ‘long’ when there is some doubt about the broader market. I have said it before, but these are the new de facto havens. Monster growth, market share, and constant upgrades limited downside moves, creating a sense of comfort:

Yesterday, there were only 618 advancers on the NYSE against 2,350 decliners. It was a rare session with much underlying bearishness. The overwhelming bullishness has seen the Advance-Decline (A/D) Line break out with the NYSE mirroring the move. As more names participate, the greater the underlying support is.

The United States dollar (DXY) has been mired in a slump that has seen nine straight days of declines. I am not from the school of thought that the “Greenback” has to have ‘Herculean’ strength. There are advantages of a dollar that’s not too strong and not too weak.

Admittedly, I don’t know the magic point that allows multinational businesses to compete, but it also gives the American consumer purchasing power. It hasn’t hurt the market thus far.

Powell & Co. Back in the Spotlight

The Federal Reserve wraps up its two-day meeting. While it’s unlikely there will be new action, there will be a serious effort to convince the public that the Fed’s still ready, willing, and able to prime the pump.

When the Great Recession hit, the Fed moved into action and did what a few folks believed was possible. Many thought it would be suicidal. They simply turned the spigots on and did not stop. And they are not done this time around:

We continuing to focus on protecting huge gains even though it means taking them from the model portfolio sooner than anticipated.

It’s all about the Fed, which probably won’t be any action. Powell will have to be clearer on the next move(s).