U.S. Needs To Wake Up From Its Slumber And Win Trade Battle

Charles Payne
|
Posted: Dec 10, 2019 12:16 PM
Share   Tweet
The opinions expressed by columnists are their own and do not necessarily represent the views of Townhall.com. 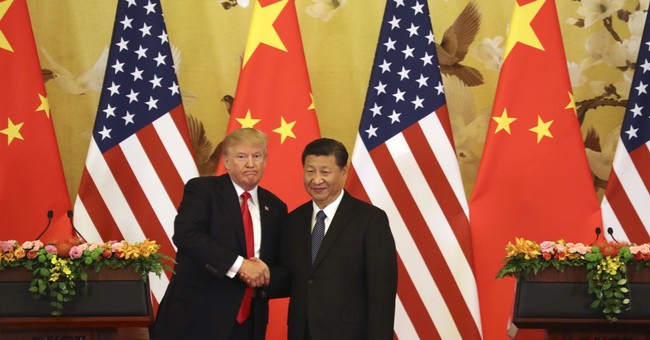 I don’t take a lot of time off. I work almost every day of any given year, but I am chilling in Italy this week. It’s been very eventful, as we had a tremor last night that swayed the room, which is on the top floor of the hotel. The scariest part was the loud rumbling.

No one on the hotel staff mentioned the tremor, so I guess talking about earthquakes isn’t good for business.

Yesterday, the market swayed a little to tremors ahead of two seminal events:

Couple these things I mentioned above with a remarkable year for the stock market, and it’s easy to see where sellers may gain an upper hand. It should all be short-lived...very short-lived.

A Johnson victory and more tariffs would indeed push the market lower. At some point, the impetus would be underlying fundamentals and economic momentum. By the same token, a Johnson win is expected, and those pesky establishment elites have an endless well of roadblocks (it’s what happens when you’ve ruled for a couple of centuries).

Today, I’ll be taking in some of the ruins of one of the greatest empires ever and checking out a part of the rebirth of Europe from the Dark Ages. It’s breathtaking stuff with many great cautionary tales.

America needs to awaken from its slumber and have a great sense of urgency to remain preeminent, which means winning the trade battle and pushing back on the elites.

The market breadth didn’t reflect the weakness of the major indices closing at the lows of the session.  On the NYSE, Advancers and the up volume were slightly better than decliners, and the down volume; there were 106 new highs to 18 new lows.

Sifting Through the Ashes

Once again, 2019 stocks continued to rock, as investors continue to find anything that hasn’t worked regardless of risk. Of course, any stock can stage a comeback, and even the worst companies can have oversold shares. After the Close

Strong earnings and guidance from Stitch Fix (SFIX) and Chewy (CHWY). However, it was the earnings results from Toll Brothers (TOL) that bolstered my 2020 investment thesis:

Improved household formation is everything for the long-term economy, and it’s a trend that needs to swim pick up steam.

Management pointed to October housing starts data, which came in at the highest level since July 2007, in  offering guidance of up to 1,850 deliveries in the first quarter. The Street’s was looking for 1,595 deliveries.

The market sentiment this morning is being driven by tariff/trade talks.  The futures were firmly in the red till the headline came out around 835 ET that the U.S. and China are in talks to push back the December 15 tariffs. The futures have down a complete reversal and now all the major indices are pointing to a positive open but off the highs.

Cooper has been on the rise of late, and yesterday, it posted strong gains.  Chinese data showed a 12.1% increase in copper imports for November from October, and it was the highest level in over a year.  Manufacturing is driving the demand up, which is good news for the markets.  This morning, Cooper is flat, trading at $2.7585.

Also on the trade front, on Monday, Mexican President Lopez Obrador “respectfully request” Nancy Pelosi to sign the deal that was agreed upon over a year ago and held up by the House.  Apparently, U.S. and Canada officials have arrived in Mexico to allegedly sign the new U.S-Mexico-Canada (USMCA) trade agreement that replaces NAFTA (North America Free Trade Agreement). We will see.

Speaking of the House, the Democrats are holding a news conference outlining the two Articles of Impeachment against the President that they will vote on; 1. Abuse of Power and  2. Obstruction of Congress.