Let's Be Honest About Death Counseling 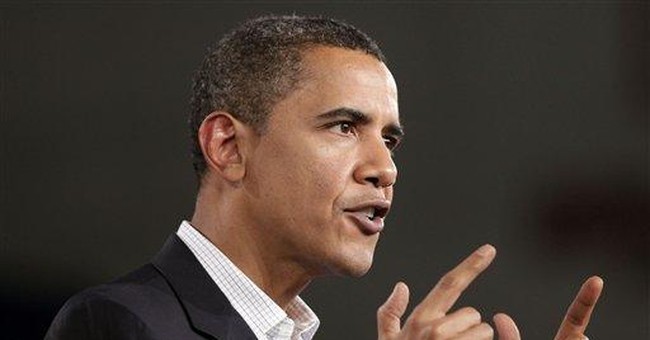 WASHINGTON -- Let's see if we can have a reasoned discussion about end-of-life counseling.

We might start by asking Sarah Palin to leave the room. I've got nothing against her. She's a remarkable political talent. But there are no "death panels" in the Democratic health care bills, and to say that there are is to debase the debate.

We also have to tell the defenders of the notorious Section 1233 of H.R. 3200 that it is not quite as benign as they pretend. To offer government reimbursement to any doctor who gives end-of-life counseling -- whether or not the patient asked for it -- is to create an incentive for such a chat.

What do you think such a chat would be like? Do you think the doctor will go on and on about the fantastic new million-dollar high-tech gizmo that can prolong the patient's otherwise hopeless condition for another six months? Or do you think he's going to talk about -- as the bill specifically spells out -- hospice care and palliative care and other ways of letting go of life?

No, say the defenders. It's just that we want the doctors to talk to you about putting in place a living will and other such instruments. Really? Then consider the actual efficacy of a living will. When you are old, infirm and lying in the ICU with pseudomonas pneumonia and deciding whether to (a) go through the long antibiotic treatment or (b) allow what used to be called "the old man's friend" to take you away, the doctor will ask you at that time what you want for yourself -- no matter what piece of paper you signed five years ago.

You are told constantly how very important it is to write your living will years in advance. But the relevant question is what you desire at the end -- when facing death -- not what you felt sometime in the past when you were hale and hearty and sitting in your lawyer's office barely able to contemplate a life of pain and diminishment.

Well, as pain and diminishment enter your life as you age, your calculations change and your tolerance for suffering increases. In the ICU, you might have a new way of looking at things.

My own living will, which I have always considered more a literary than legal document, basically says: "I've had some good innings, thank you. If I have anything so much as a hangnail, pull the plug." I've never taken it terribly seriously because unless I'm comatose or demented, they're going to ask me at the time whether or not I want to be resuscitated if I go into cardiac arrest. The paper I signed years ago will mean nothing.

And if I'm totally out of it, my family will decide, with little or no reference to my living will. Why? I'll give you an example. When my father was dying, my mother and brother and I had to decide how much treatment to pursue. What was a better way to ascertain my father's wishes: What he checked off on a form one fine summer's day years before being stricken; or what we, who had known him intimately for decades, thought he would want? The answer is obvious.

Except for the demented orphan, the living will is quite beside the point. The one time it really is essential is if you think your fractious family will be only too happy to hasten your demise to get your money. That's what the law is good at -- protecting you from murder and theft. But that is a far cry from assuring a peaceful and willed death, which is what most people imagine living wills are about.

So why get Medicare to pay the doctor to do the counseling? Because we know that if this white-coated authority whose chosen vocation is curing and healing is the one opening your mind to hospice and palliative care, we've nudged you ever so slightly toward letting go.

It's not an outrage. It's surely not a death panel. But it is subtle pressure applied by society through your doctor. And when you include it in a health care reform whose major objective is to bend the cost curve downward, you have to be a fool or a knave to deny that it's intended to gently point you in a certain direction, toward the corner of the sick room where stands a ghostly figure, scythe in hand, offering release.