Chad Savage
|
Posted: Dec 27, 2018 12:01 AM
Share   Tweet
The opinions expressed by columnists are their own and do not necessarily represent the views of Townhall.com. 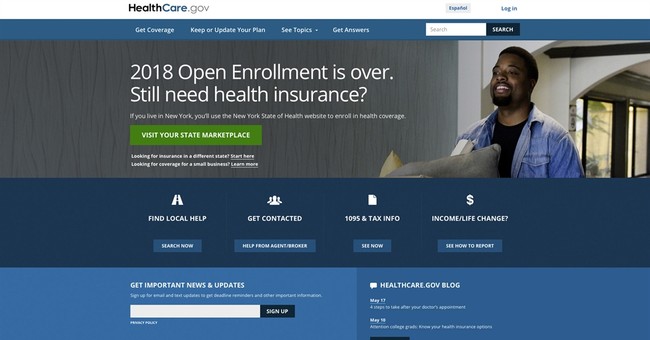 During a Swedish bank robbery in 1973, police were baffled when the hostages became so irrationally attached to their captors that one of the hostages recounted to a reporter for The New Yorker, “How kind I thought he was for saying it was just my leg he would shoot.” This condition of inappropriate attachment to one’s captor subsequently became known as “Stockholm syndrome.”

With all the abuse heaped onto U.S. consumers in the current health care system, reasonable people might wonder: Are American health care consumers also suffering from this bizarre condition?

Most people recognize much of the current health care system is broken, unnecessarily complex, and wildly inefficient. There are long waits to see doctor, followed by short office visits, and conflicts of interest permeate the market. All these issues take a toll on tens of millions of people every year, both physically and financially. At an average cost of $10,739 per person, the U.S. health care system costs more than twice the average spent by other comparable countries.

With a system this dysfunctional, it’s strange more people aren’t clamoring for an entirely new, better model. Instead, similar to the hostility the Swedish hostages expressed toward the police who were trying to rescue them 45 years ago, many American health care consumers are extremely skeptical of any market-based changes to the current system—even ones that have repeatedly been proven to yield impressive results.

“What kind of scam are you pulling?” is a common refrain espoused by many disbelieving people when first they learn of much more cost-effective and patient-friendly options such as direct primary care (DPC) and health sharing organizations. DPC offers dramatically improved access to care, same-day accessibility, and telemedicine at incredibly affordable rates. How? By allowing doctors to contract directly with patients, thereby avoiding costly and intrusive health insurance middlemen. Think about it: You wouldn’t use your car insurance to pay for a new tire or oil change. Why? Because it’s much cheaper to pay for these services out of pocket than it would be to have large insurers work with your local mechanic. The same logic applies with primary care doctors.

Similarly, healthshares offer much more affordable coverage options to patients while allowing them to retain greater control over their own health care. Healthshares are basically a really simple form of insurance: Large numbers of people gather together and agree to cover each other’s health care expenses. Because these arrangements are not subject to many of the regulations and bureaucratic elements commonly found in the traditional health insurance market, people are able to receive coverage for much less—often thousands of dollars less—in a healthshare than they can when purchasing insurance in an Obamacare exchange.

Both DPCs and healthshares have been proven to save huge amounts of money for consumers, all while encouraging health care saving and discouraging the waste commonly found throughout much of our current system. Why, then, haven’t these ideas caught on? The biggest reason is that whole generations of Americans have been raised knowing nothing other than using traditional insurance to cover even the most common medical expenses, including things like flu shots.

The brainwashing has penetrated so deep into the minds of many consumers that “insurance” is nearly always conflated with the actual provision of care whenever health care reforms are discussed. However, insurance is not the same thing as “health care,” in the same way car insurance is not the same as car maintenance. In order to fix our current system and break the long cycle of abuse that has existed for decades, we need to focus on reducing health care costs, not merely on finding ways to provide people with health insurance.

As many patients with $10,000 deductibles will quickly tell you, an insurance policy with a large deductible is really nothing more than a financial tool to prevent catastrophic financial losses. All the other features of modern health insurance plans that are touted by policymakers as wonderful “benefits” provided by insurance companies—including primary care visits and vaccinations—are actually terrible deals for consumers, because people are paying far more for these relatively inexpensive services than they would if they were to simply buy them directly without insurance middlemen driving up the costs.

Health insurance will always be necessary, of course, because at some point, almost everyone will need an extremely expensive health care treatment—especially as people get older. But insurance’s role should be limited to life’s catastrophic events. If we keep using health insurance to pay for all health care expenses, costs will continue to rise much faster than they should.

Instead of defending our abusive health care system, Americans should recognize our system for what it is: our captor. Far better options than feeding and funding our captor exist. The only question is, will Americans open their minds to those possibilities?