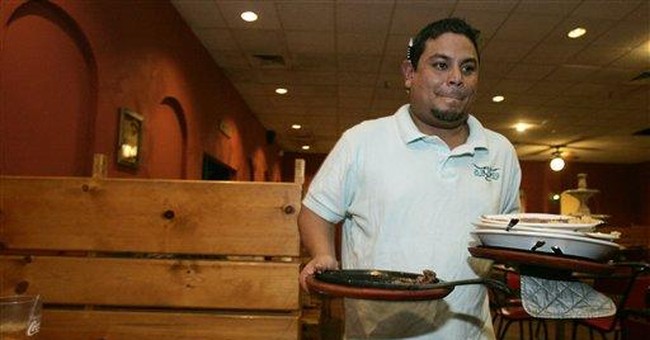 Editors' Note: This article is co-written by Stuart Anderson.

Employment-based immigrants contribute greatly to America, although you would not know it from the way current U.S. policy treats them. Due to low quotas, a typical skilled immigrant sponsored by an American company now waits 6 to 10 years for a green card (permanent residence). The House Judiciary Committee marks up legislation this week to change that, representing likely the only measure Congress may take in the remaining weeks to aid innovation, the economy and the competitiveness of U.S. companies.

H.R. 5882, authored by Rep. Zoe Lofgren (D-CA) and Rep. Jim Sensenbrenner (R-WI), would reduce wait times for green cards and help retain talented people in the United States. It would do this by providing green cards that had been allotted in previous years but went unused, primarily due to bureaucratic obstacles.

“A developed country’s competitiveness now comes primarily from its capacity to innovate — the ability to create the new products and services that people want,” according to Curtis Carlson of the Silicon Valley research firm SRI International. Skilled immigrants are a vital source of America’s capacity to innovate.

The National Venture Capital Association reports that 1 in 4 publicly-trade companies that began with venture capital since 1990 had at least one immigrant founder. While the vast majority of employees at U.S. firms are Americans, when U.S. employers recruit on college campuses they find foreign nationals represent a high proportion of the graduates in key fields. In 2006, 73% of new electrical engineering Ph.D.s in the U.S. were granted to international students, according to the National Science Foundation, while in 2005, foreign nationals received 55 percent of electrical engineering master’s degrees and 42 percent of computer science master’s degrees.

H-1B temporary visas, which have been exhausted each of the past 5 fiscal years, only allow individuals to stay on a temporary basis, so an employment-based green card is necessary to stay here permanently. The separate quota for green cards for skilled immigrants is set at 140,000 a year (including dependents of the skilled immigrant). That quota has also been insufficient to meet demand, creating waits of 6 to 10 years for a green card.

The great uncertainty these waits create lead some to give up and leave the United States and others to not even begin the process. The current long waits “cause a reverse brain drain affecting American competitiveness and innovation,” according to Aman Kapoor, executive director of the group Immigration Voice. “At the same time, these green card backlogs create severe quality of life issues for the applicants and their families.”

Those who understand markets realize that there is no such thing as a fixed number of jobs, as critics of high skill immigration maintain. A 2008 National Foundation for American Policy (NFAP) study found that for every skilled foreign national requested (for H-1B visas) with the Department of Labor, U.S. technology companies increase their employment by 5 workers. Many U.S. executives confirm this experience at their firms. Looking to America’s next generation of scientists and engineers, a 2004 NFAP study found more than half of the finalists for the Intel Science Talent Search, the leading contest for top U.S. high school science students, were the children of skilled immigrants.

In addition to the reduced waiting times for green cards from H.R. 5882, Congress can take other steps. It can fix the labor certification process for skilled immigrants under which the U.S. Department of Labor (DOL) requires companies to engage in expensive and time-consuming advertisements to show no qualified Americans are available for certain jobs. Neither the law nor the original DOL regulations required such advertisements. Yet DOL is using its questionable authority to, among other things, audit thousands of green card cases from the nation’s largest immigration law firm, Fragomen, Del Rey, Bernsen & Loewy. The Fragomen firm has filed a lawsuit in U.S. District Court alleging DOL has exceeded its authority. Congressional oversight is warranted.

Congress can also eliminate the per country limit for skilled immigrants, which pushes back wait times for Indian and Chinese professionals, exempt from green card quotas those who earn a master’s degree or higher, and increase the quotas for H-1B temporary visas.

While H.R. 5882 will not solve all our immigration problems, it represents an important effort to retain talented individuals in America so they can help create jobs and innovation in the United States.

Stuart Anderson is a former Staff Director of the Senate Immigration Subcommittee and now Executive Director of the National Foundation for American Policy, a nonpartisan policy research group based in Arlington, Va.

Guess Who Will be Fundraising for Liz Cheney?
Townhall
Blue-checks are afraid of life getting back to normal. Really. They are tweeting this to their followers right now.
Twitchy
Candace Owens Just Lied to Conservatives About Black Culture Again
Redstate
Newsom COVID 'Equity' Plan: Vaccinate 2 Million Latinos or California Won't Reopen. This Should Work Out Well.
PJ Media