Deceit in the Boy Scouts 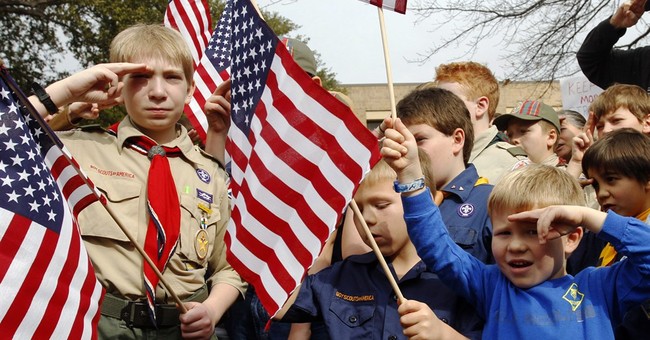 There is deception in the ranks of the Boy Scouts of America.

A faction in the national leadership of the BSA wants to get rid of the longstanding membership policy against “open and avowed” homosexuality. But the way it’s going about it is not worthy of the Boy Scouts.

The BSA Executive Committee recently released a resolution which will be presented to the National Council for a vote on May 23. To the surprise of many, the resolution addresses only “youth membership,” leaving in place the prohibition on open homosexuality on the part of leaders.

It has been widely characterized as a “compromise,” but no Boy Scout should be fooled. The tension this incoherent policy would create would make it practically and legally unsustainable, and those pushing the resolution surely know that.

Under the policy, open homosexuality would be officially consistent with the Scouting code throughout a Scout’s career until the moment he turns 18, when it suddenly becomes inconsistent with the code. And then what? No troop leader would want to put himself in the position of enforcing such an irrational rule, and likely few would. A de facto change in leadership rules would occur almost immediately.

But it won’t stop there. This move could forfeit the legal victory the Scouts won at the Supreme Court over a decade ago. When the organization was sued for unlawful discrimination, the Court ruled in Boy Scouts of America v. Dale that the BSA has the right to maintain its membership policy under its First Amendment speech and association rights. But if the Scouts’ new “speech” is incoherent – open homosexuality is consistent with the Scouting code except when it isn’t – there may be no legal basis left for courts to uphold one part of the code over another. It will be a lawsuit nightmare for the Scouts.

Last year the results of an in-depth, two-year study of Boy Scout families showed overwhelming support for the long-standing membership policy. This was a frustration to those in the Executive Committee who want to change the policy, so they conducted another survey in February.

The February survey can fairly be called a “push poll,” a device used by political campaigns to try to influence the views of respondents under the guise of conducting a poll.

The lead scenario in the February survey describes a boy who joins as a tot and dutifully fulfills all requirements over the years until, at the moment he stands before the review board to receive his Eagle Scout Award, “he reveals that he is gay.” Is it acceptable for the board to deny him his Eagle Scout award?

In an obvious slip, the survey instructions were made public along with the survey questions. They tell survey-takers to present this scenario first every time, while rotating others involving boys sharing tents and “gay male troop leaders” who “follow the youth protection guidelines” on camping trips.

But even the results of this survey went wrong for those gunning for a change: Sixty-one percent of parents and Scout leaders favor keeping the current policy, while only 34 percent favor changing it. News agencies aren’t reporting it that way, though, because the official media statement released by the BSA executives includes nothing of the actual survey results but only this very calculated and utterly misleading claim: “While perspectives and opinions vary significantly, parents, adults in the Scouting community and teens alike tend to agree that youth should not be denied the benefits of Scouting.”

The “Executive Summary” of the survey is also crafted to deceive, leading with vague and disingenuous claims that suggest parents support the membership policy change while burying in a heap of diversionary words at the bottom of page 2 the real numbers that show parents overwhelmingly oppose it.

If the survey was slanted, the official documents released to the public and the press about its results are sheer treachery. How un-Boy Scout of them.

There will be a showdown in Grapevine, Texas, on May 23rd. But will it be a fair fight? Sources inside the Boy Scouts are hearing troubling reports about hundreds or even thousands of additional delegates arriving in Grapevine to cast a vote, anonymously, on the membership policy resolution. Their identities have not been revealed. Voting members of the National Council who support the current policy are in discussion with legal counsel and taking steps to preserve their right to a full and fair vote, an unfortunate step to take in a fraternal organization like the Boy Scouts, but obviously a necessary one.

The first tenet of Boy Scout law is to be Trustworthy. Even those at the top of the organization should not count themselves above it.