Republicans Need to Get to Know Their Enemies on Income Inequality 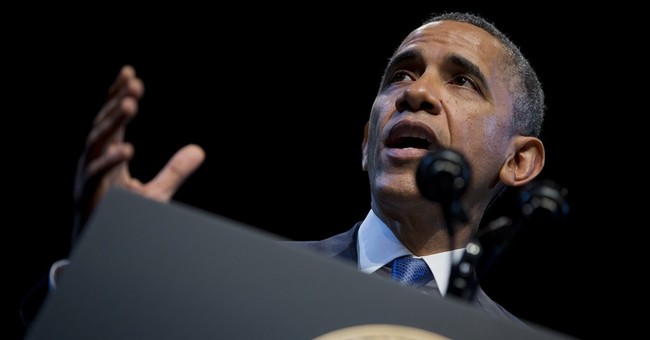 “Know thine enemy.” Uttered most famously a millennia and a half ago by famed warrior/philosopher Sun Tzu, the advice holds up well, even, and especially, when the battles are ideological. So what is the thinking behind the right’s utter refusal to actually engage with the left’s actual position on inequality?

The Federalist’s Ben Domenech wants us to know that in reality, inequality doesn’t matter. Of course what “matters” is entirely subjective. It would make more sense for Ben to try to persuade those who think it does why they shouldn’t. But that would require that Ben understood why inequality matters to people.

Here’s his summation of his opponent’s view:

The left continues to operate on an a priori assumption that income inequality/wealth concentration is a bad thing, because of those riches backstroking through their money. But that’s just a jealousy trope.

In fact, Googleing “income inequality” brings up a host of non-jealousy related reasons to care about it. One reason is that it hurts economic growth when the rich see their incomes rise but the poor don’t. The reason? The poor spend their extra wages, unlike the wealthy. Another reason is that income inequality hurts class mobility by making it more difficult for kids to go to college.

It may be that saving and investing are just as good, if not better, for economic growth than spending. And I tend to believe that college is generally extremely overrated as a tool for mobility.

But to dismiss concerns as simple class warfare is unhelpful.

According to Pew Research, “Americans in the upper fifth of the income distribution earn 16.7 times as much as those in the lowest fifth — by far the widest such gap among the 10 advanced countries in the Pew Research Center’s 2013 global attitudes survey.”

This matters to Democrats, but not Republicans. Pew again:

Here’s where the Republican messaging machine could go Sun Tzu on the Democrats and win converts. Forty-five percent of Republicans and the vast majority of Democrats and independents said the economic system “favors the wealthy.” This is true! From licensure requirements to tax breaks to onerous regulations to the incredibly regressive payroll tax, which takes a huge chunk out of your first dollar earned and actually has a cap, like it or not, government economic policies shape our economy and many of these policies absolutely favor the wealthy.

Republicans get trapped into thinking that because some level of inequality is a feature of capitalism, we shouldn’t care about it. And I sympathize with the view that a rising tide lifts all boats, so the focus should be on growing the pie, not making sure it’s divided evenly.

But it’s no disavowal of capitalism to admit that the current levels of inequality aren’t right, fair, or the result of the free-market at work. For example, if creative destruction weren’t thwarted by bailouts, we’d probably wouldn’t see CEOs paid many multiples of worker compensation to preside over failing firms.

It’s the defense the free market deserves to point this stuff out, instead of misrepresenting why people care about it in the first place. Maybe, in a truly free market, inequality wouldn’t matter to most people. We’re not in one. Admitting that fact is the first step to getting on the same page.