When Government Gets Science Wrong 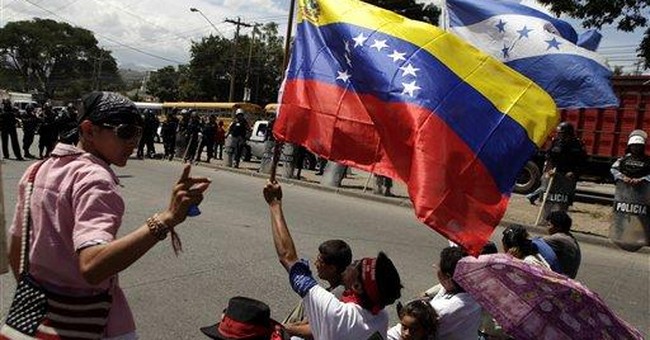 Advocates of greater government involvement in the health care system are asking the public to put a lot of faith in bureaucrats' ability to decide what "science" tells us is the best way to treat our personal medical problem. Yet the public should be warned: the government doesn't always know best when it comes to making us healthy and sometimes society pays a price for their errors.

Consider what government has done with dietary recommendations related to tuna fish. Mothers who have been pregnant in recent years know that among the list of pregnancy no-no's is eating too much of certain fish. For example, the official guidance for our health department has been that pregnant women should eat no more than six ounces of albacore tuna fish per week. Many women (myself included) assumed that meant that, like with alcohol or nicotine, it's safest to eliminate tuna, and fish more generally, from our diets. After all, why take a chance?

Indeed, according to one national poll, nearly nine in ten pregnant women were concerned about mercury in canned tuna. Almost half of all audiences agreed with the statement that "With all the uncertainty about mercury in fish, it's best for pregnant women and nursing mothers to avoid it all together to ensure the safety of their child."

Yet it turns out those of us who were trying to play it safe were actually creating new risks for our developing babies. Fish is the most naturally-rich source of essential omega-3 fatty acids, which aid in the development of the fetal brain and eyes. That's why doctors now actively encourage pregnant women to eat seafood twice a week, but that doesn't make the same impact as the anti-fish alarmism. A peer-reviewed FDA report issued last year warned that 95 percent of American women eat less than the recommended amount of fish. Increasingly independent scientists and government officials are recognizing that the government's guidance to limit seafood to avoid trace amounts of mercury has backfired on this generation of children.

Government also can over-react as a result of fear of dangerous substances. The Consumer Product Safety Improvement Act of 2008, for example, created onerous new restrictions on the types of toys that can be made available. As the Manhattan Institute's Walter Olson, detailed in City Journal

Should we really trust the government to apply their logic to determine what medical procedures are most efficient and should be made available to the public? A recent report from the United Kingdom provides a window of what we can expect from such a process. The UK's National Institute of Health and Clinical Excellence (NICE) is seeking to limit the use of steroid injections to treat chronic lower back pain, and will instead encourage suffers to try alternative treatments, such as acupuncture.

It's not surprising, really-that's the way that government's "control" health care costs. But what's noteworthy is that some specialists feel politics was behind the decision As the British newspaper, the Telegraph, reports: "specialists are furious that while the group included practitioners of alternative therapies, there was no one with expertise in conventional pain relief medicine to argue against a decision to significantly restrict its use." In other words, because acupuncture reps were on the panel making the decision, they decided to slash the availability of traditional treatment and encourage more people to try "alternative" treatments.

It's not science at its best; it's politics as usual, and it's our future if we allow government to take-over health care.