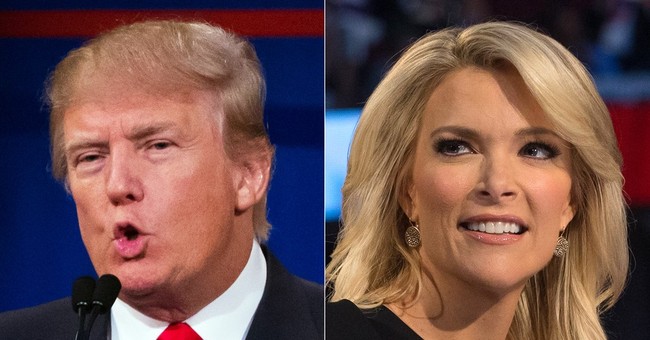 If you're planning to vote for Donald Trump in the GOP primary you may be a Republican, but you're no conservative! Likewise, if you were expecting to find out more about your candidate's view on substantive matters such as the economy and jobs, Obamacare, the VA, the IRS and tax policy, The IRS scandal, Iran and Jihad, race relations, and amnesty, I'm sorry you were let down by the Fox News debate.

I'm under no illusion that Donald Trump has been extremely beneficial to the GOP brand by harnessing the frustration of conservatives like myself that are sick and tired of Washington's political class that continue ignore the Constitution and their constituents. He comes across as genuine, a straight talker, he's a successful businessman, and he has common sense. However, pointing out a problem isn't solving one.

Additionally, Trump has flip flopped on so many political and social issues over the years it's hard to know where his convictions truly lie. America can't afford another Barack Obama. If the right questions aren't asked to our candidates we're destined to get one. I don't believe that Megyn Kelly totally missed the ball as many do. Frankly, she reminded me of Candy Crawley in Mitt Romney's debate with President Obama. Our candidates have to be ready for that. Having said that, I expected more questions on the bigger issues of the day; questions that would allow our candidates to rise or fall to the occasion of such a massive responsibility.

What the GOP doesn’t realize is that attacking Trump only emboldens his status in the eyes of his supporters. He becomes their Incredible Hulk when he's pissed off, crushing every liberal in his wake.

My colleagues, The American Adversaries, heard on Salem Orlando's late afternoon drive time radio show, put it best by comparing Donald Trump to Moby Dick, and the GOP and "gotcha" media to Ahab. Like Ahab they're using questions and scandal hoping to harpoon "The Donald," --expose his weaknesses -- but they're making no progress. He's getting stronger. Eventually Ahab has to choose between capturing the whale or saving his crew. Legitimate questioning by the media could save America's crew -- us! Vying for accolades from your colleagues in the media is troubling to say the least. It has no place in true journalism, particularly when America as a superpower is at stake.

We've brought the Trump phenomenon upon ourselves by focusing on personality over policy. Had Rick Perry focused on his campaign rather than Donald Trump's he might rate higher in the polls. Had Megyn Kelly focused on female unemployment numbers instead of Rosie O'Donnell we might not be talking about her menstrual cycle today. In short, had the Fox News debate focused on solutions to our nation's problems Trump would be well on his way to "loserville."

-Donald Trump is unable to effectively defend his policies, therefore he resorts to petty personal and character attacks of his opposition.

The one thing Trump has going for him that the other candidates don't is his willingness to build a wall on our borders. I don't want to minimize this. It's huge! Particularly because all of our candidates have flirted with amnesty. Americans are rightfully frustrated with our feckless Congress and a near tyrannical president. Trump supporters are looking for a champion that speaks their language -- someone that can relate to their grievances. Trump is that person!

Unfortunately, those same supporters don't realize that we've already seen a president in the White House that shares some of Trump's ideological beliefs and narcissism. His name? Barack Obama.