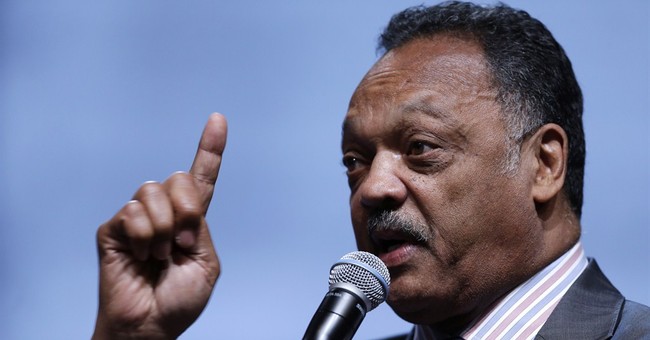 Editor's note: This column is Part II in a series. Click here for Part I.

The information technology industry long has been one of Jesse Jackson’s targets. Well over a decade ago Rainbow/PUSH established its Silicon Valley Project office. There is enormous money to be extracted on behalf of minority groups ostensibly “excluded” from tech industry employment. Whether such concessions benefit a particular company is immaterial.

Jesse Jackson took his moral theater this past month to three titans of Silicon Valley. First stop: eBay. The online auction and shopping website, held its convention in

It’s worth quoting at length from his Facebook statement because it encapsulates the essence of his tour:

I speak to you today representing the Rainbow/PUSH Coalition, about the need to open up a new era of growth and inclusion of African-Americans, Latinos and other people of color in

Facebook is uniquely positioned to lead this new era. We won’t know how good Silicon Valley can be until everyone can participate.

All we ask is that everyone plays by one set of rules, and that there is an even playing field for all. It’s the moral imperative.

We want mutually beneficial, two-way trade. We share consumer patterns together; pay taxes together; we serve in the military together to keep our nation secure. We should share in

African-Americans and people of color comprise a huge and growing part of your customer base. In a short period of time, minorities will comprise the new majority population of Technology is supposed to be about inclusion, but sadly, patterns of exclusion remain the order of the day. Let me state some facts:

ZERO blacks on boards and in the C-suites.

In the C-suites, Facebook, like Twitter, Apple and far too many other Silicon Valley and technology firms have ZERO African-Americans or Latinos on their senior executive leadership teams.

Just as women leaders are now making some headway – like Sheryl (Sandberg) and Marissa Mayer at Yahoo – companies like Facebook must build a pipeline wherein African-Americans and people of color to lean in and move up, too. The “we can’t find them” syndrome is a thing of the past. Who is looking? And where are “they” looking? We can find them, if we look in the right places. Facebook and other tech firms can find us when it comes to consumers of technology. You can find us – we are CEOs and CFOs and engineers and lawyers and ad agencies and investment bankers, too. Rainbow/PUSH stands ready to search with you to find qualified candidates.

The responses by these information technology leaders could have been predicted. Management at eBay had nothing to say – at least nothing that was reported. That amounted to tacit agreement. More telling was the response by Google, whose Chief Legal Officer David Drummond promised to release the numbers – and already has. On May 29, the company issued a report on workforce diversity showing about 60 percent of Google employees are white and 30 percent are Asian (apparently not all racial minorities arouse Jackson’s sympathies). Laszlo Bock, Google’s senior vice president for public relations, also wrote in a blog: “Simply put, Google is not where we want to be when it comes to diversity, and it’s hard to address these kinds of challenges if you’re not prepared to discuss them openly, and with the facts.”

Facebook also gave in, adopting a feckless “we’re really, really trying” line. Chief Operating Officer Sheryl Sandberg explained in writing: “We have built a number of great partnerships, groups like the National Society of Black Engineers, the Hispanic Alumni of Georgia Tech, Grace Hopper Celebration of Women in Computing, and Management Leadership of Tomorrow. And these partnerships have been great because they are really helping us get great candidates and reach out.”

It’s important to keep in mind that though major U.S. employers are not required to make employee demographic data public, they must furnish such data to the U.S. Equal Employment Opportunity Commission. And the numbers eventually can be used in a federal lawsuit against any company for its “disparate impact” upon minorities. In other words, even if a tech firm hasn’t willfully discriminated against minorities in any of its practices, it can be sued anyway because its actions had the effect of keeping minority representation below an ostensibly proper level. One can be sure that

All of this is depressing. Jesse Jackson’s targets in his latest campaign are among the largest and fastest-growing firms in the business world. If these corporations can’t summon the cojones to stand up to

Fortunately, there is one person in

Tech firms, whether their specialty is hardware, software, e-commerce or social media, don’t owe any reparations to a given class of “underrepresented” people. They are in business to provide customers with quality products and service. They should have the right to hire anyone who can help them fulfill this mission. Theirs is a ferociously competitive world in which even moving forward “too slowly” can mean obsolescence. One must be an innovation and marketing leader or risk being left in the dust.

If black, Hispanic and other minority-group tech entrepreneurs think they can succeed in that world then let them have a go of it. Nobody is holding them down. But it’s not the job of Google, Facebook or any other established firm to make amends for nonexistent wrongdoing on their part. They should tell Jesse Jackson to take a hike.