Yes, Climate Change Is Real—and Skepticism about Its Magnitude is Good Science

Calvin Beisner
|
Posted: Dec 02, 2016 12:01 AM
Share   Tweet
The opinions expressed by columnists are their own and do not necessarily represent the views of Townhall.com. 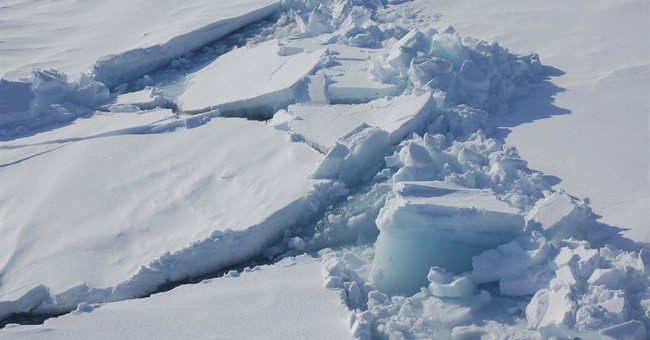 In “Meteorologist Tells Christians: Climate Change Is Real,” Opposing Views columnist Michael Allen misrepresents The Cornwall Alliance for the Stewardship of Creation, of which I’m founder and national spokesman.

He writes that we have “encouraged evangelical leaders to deny man-made climate change” and co-sponsored a “climate change denial conference.” On the contrary, our “Open Letter on Climate Change to the People … of the United States of America” (signed by hundreds of scientists and other experts) begins, “Human-induced climate change, also known as anthropogenic global warming (AGW), is real.”

As even a cursory reading of our many major papers and articles on the subject reveals, we explicitly affirm that human activity influences climate change at local and regional (land-use changes, water use, etc.) and global (CO2 and other greenhouse gas emissions) scales. We believe human emissions of CO2 make the atmosphere warmer than it otherwise would be.

We argue, however, on the basis of empirical observation, that CO2’s warming effect is smaller than that asserted by people like Paul Douglas and Mitch Hescox, publication of whose book Caring for Creation: An Evangelical’s Guide to Climate Change and a Healthy Environment was the occasion for Allen’s article. Although there is much more to it, our argument can be summed up thus:

Nobel Prize-winning physicist Richard Feynman famously said that the “key to science” is comparing predictions based on your theory with experimental and real-world observations. If the theory disagrees with observation, it’s wrong. The contradiction between observations and model predictions invalidates the models, which means they provide no rational basis for any predictions of future temperature or any policies predicated on them.

Allen implicitly charges the Cornwall Alliance and me with conflict of interest by saying that the Cornwall Alliance “co-sponsored a climate change denial conference in 2009 with the Heartland Institute” and that I am “on the board of Committee for a Constructive Tomorrow,” “an adjunct fellow of the Acton Institute,” and “an adviser to the Atlas Economic Research Foundation,” all organizations that he says are (present tense) funded by ExxonMobil, the Koch brothers, and the oil-wealthy Scaife family. Presumably these connections mean my and the Cornwall Alliance’s views on climate change are bought off.

To begin with, neither the Heartland Institute nor the Cornwall Alliance nor any of the other sponsors of the 2009 International Conference on Climate Change, nor any of the speakers for it, denies climate change or even human contribution to it. All would agree that global average temperature has risen by about 0.8–1.0°C since the mid-19th century and that human emissions of CO2 have contributed to that warming at least since about 1950. So using “climate change denial” to describe the conference is blatant misrepresentation.

In addition, far from being paid for it, the Cornwall Alliance had to pay to be a co-sponsor of conference. I have never received a penny from Heartland, CFACT, Acton, or Atlas for my advisory roles, and they have not funded the Cornwall Alliance (which is a 501(c)3 non-profit religious, educational, and charitable organization supported by private donations). ExxonMobil’s contributions to those organizations never amounted to more than a few percent of their annual budgets and ended over a decade ago, and roughly the same is true regarding the Koch brothers and the Scaife family. As for the Cornwall Alliance, it is supported overwhelmingly by small donations from individuals, has never received donations from fossil fuel corporations, and its network scholars serve pro bono.

Allen also writes with a double standard. While implying conflict of interest on the part of those who question the magnitude of human contribution to global warming and have received some funding from the fossil fuel industry, he ignores the fact that climate alarmists have received many times as much from Leftwing foundations and renewable energy interests, not to mention governments.

For instance, Allen doesn’t mention that as of 2014, Mitch Hescox’s Evangelical Environmental Network had received $225,000 from Tom Steyer’s Energy Foundation (which supports renewable energy against fossil fuels), $600,000 from the Marisla Foundation, and $700,000 from the Rockefeller Brothers Fund.

Neither does Allen mention that Right Wing Watch, his source for the false and misleading information about Cornwall Alliance and me, is a project of People for the American Way, to which George Soros’s Open Society Institute, a major proponent of global warming alarmism and renewable energy, is a major donor.

In the end, what’s important is the evidence and reasoning behind someone’s views. That’s why the Cornwall Alliance lays those out in our major papers, by properly credentialed experts, such as A Call to Truth, Prudence, and Protection of the Poor 2014: The Case against Harmful Climate Policies Gets Stronger, by climatologist Dr. David Legates and environmental economist Dr. G. Cornelis van Kooten, and The Cost of Good Intentions: The Ethics and Economics of the War on Conventional Energy, by environmental regulatory economist Timothy Terrell. It’s why we make the case through interviews with over 30 world-class scholars in our video documentary Where the Grass Is Greener: Biblical Stewardship vs. Climate Alarmism. We invite open-minded people to read and view and judge for themselves.