Take Me Out of the Ballgame

Cal Thomas
|
Posted: Apr 06, 2021 12:01 AM
Share   Tweet
The opinions expressed by columnists are their own and do not necessarily represent the views of Townhall.com. 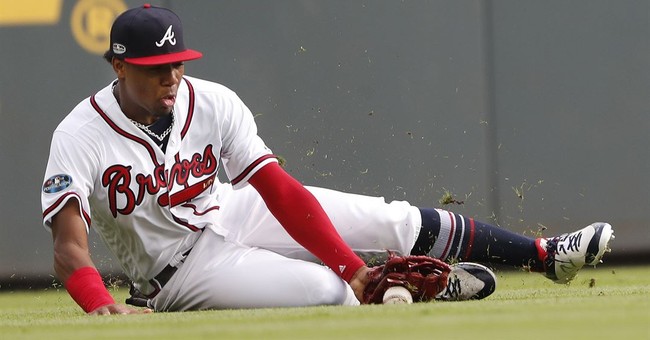 When the NFL decided not to punish players who kneeled during the pre-game national anthem, some fans reacted by refusing to attend games, buy league merchandise, or watch games on TV.

It took several years for the NFL to win fans back and some -- like me -- broke the habit and never returned, in person, or on TV.

Last season, some Major League Baseball (MLB) players also took a knee, but it did not appear to me to be as regular an occurrence as with the NFL. Perhaps it had something to do with the difference in the number of games each sport plays? Apparently, though, MLB is now trying to play catch-up.

The commissioner announced last week it is moving the 2021 All Star Game from Atlanta to a yet-to-be-determined location. The stated reason is because the league believes a new Georgia law has made it more difficult for African Americans to vote. The charge has been denied by Gov. Brian Kemp, who has demonstrated he has a backbone by refusing to back down in his support of the law, the purpose of which he claims is to boost voter confidence in the integrity of elections. Those who have reportedly read the law say it doesn't say what critics claim.

Delta Airlines and the Coca-Cola Company, both headquartered in Atlanta and caught between Democrats and Republicans, have appeared to bow to considerable pressure to oppose the voting legislation for fear of bad publicity and widespread boycotts.

Bullies can only be encouraged by these responses. Where are the CEOs and others who have the nerve to stand their ground and oppose people with nothing better to do with their time than to demand the removal of Confederate statues, change the names of highways dedicated to those who held viewpoints they disagree with, and engage in other unproductive behavior, like moving an All-Star game? Why don't we hear them say "buzz off," or use even stronger language?

MLB must know there will be financial consequences to their decision. Atlanta employs many African Americans in front offices, at concession stands, restaurants, hotels, and other businesses, many of which rely on baseball, especially an All-Star game. Atlanta's economy will take a hit at a time when the pandemic has hurt many businesses.

A statement by the Atlanta Braves said the organization is "...deeply disappointed by the decision. ... This was neither our decision, nor our recommendation and we are saddened that fans will not be able to see this event in our city. ... Our city has always been known as a uniter in divided times and we will miss the opportunity to address issues that are important to our community. Unfortunately, businesses, employees and fans in Georgia are the victims of this decision."

Baseball fans will think they are being taken for granted, as did fans of the NFL. They pay top prices for tickets and contribute to advertising dollars by watching sports broadcasts. They don't want political correctness forced upon them. Sports are supposed to be an oasis where people can escape from the issues and politicians they have to endure elsewhere.

I have been a baseball fan since I was a child. I fondly remember games my Dad took me to when the Washington baseball team was known as the Senators. I have taken my kids and grandchildren to Nationals games in recent years.

This move by Major League Baseball may prove counterproductive to the brand and potentially harm the fan base. Just as I have found other things to do during football season, I can do likewise when it comes to baseball, as painful as that will be.

Washington baseball fans were forced to exist without a team for 33 years. I suspect the District of Columbia and fans of other teams can do without it if MLB doesn't reverse course. If not, fans won't be singing "Take Me Out to the Ballgame," but "Take Me Out OF the Ballgame."