Cal Thomas
|
Posted: Mar 19, 2019 12:00 AM
Share   Tweet
The opinions expressed by columnists are their own and do not necessarily represent the views of Townhall.com. 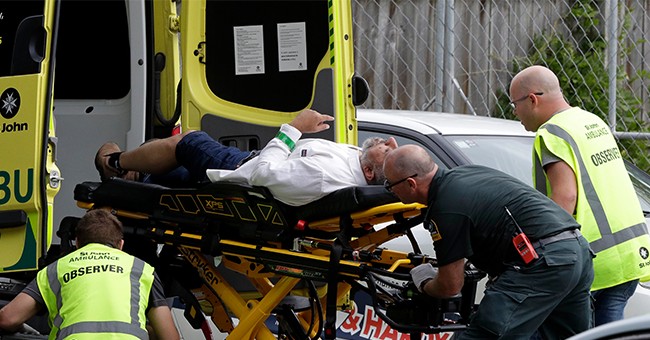 There are at least three condemnations that should result from the massacre.

The first condemnation is for the act itself. The callous slaughter of people at prayer is part of an age that has devalued life, from unrestricted abortions, to street shootings and other terrorist attacks. That some of these assaults are motivated by twisted views of religion, or in this case, a white supremacist opposed to immigration, is all part of the same piece. Murder and hate should not be categorized.

The second condemnation goes to politicians and special interest groups who blame President Trump and the NRA, seeking to make political hay out of an action that had nothing to do with either. That the shooter mentioned the president as "a symbol of white supremacy" does not make him one. Critics will use anything in an attempt to discredit and weaken Trump's appeal before next year's election. Shame on them.

Did no one see it? If someone did, why didn't they call police? If they did call, why did the police not pay him a visit? Social media is often quick to take down "inappropriate" postings. How did the gunman manage to escape censors for a heinous act far worse than offensive speech? Press reports say the shooter had also planned a terror attack on Muslims last December. Did no one hear about that? If they did, why weren't police contacted? Again, if they were, why didn't they visit the man's home?

New Zealand Prime Minister Jacinda Ardern promised to strengthen her country's gun laws. Would stronger laws have deterred a man intent on mass murder? The police mainly determine who is qualified to own a gun. The New York Times reported, "While New Zealand's laws governing the purchase of semiautomatic rifles are more restrictive than those in the United States, the country is much freer with firearms than Australia is, allowing most guns to be purchased without requiring them to be tracked." The prime minister can start there.

Investigators will find how the shooter, who is a gun club member, obtained his weapons and whether he was licensed to possess them.

Meanwhile, houses of worship are finding it necessary to employ armed guards, which is a judgment on our increasingly anti-life culture. More guards will likely be hired in the aftermath of the mosque shootings.

New Zealand is the popular location for film companies. Perhaps the most famous film series produced there is "Lord of the Rings," based on the books by J.R.R. Tolkien. In "The Fellowship of the Ring," there is this quote: "Many that live deserve death. And some that die deserve life. Can you give it to them? Then do not be too eager to deal out death in judgement."

The shooter dealt death in his judgment. New Zealand no longer imposes capital punishment. If ever there was a person who deserves the death penalty it is this shooter, and not just because it might deter others. More importantly, capital punishment imposed on this monster would exact justice for those innocent people who were killed or wounded and for their families.