The Coarsening of Political Language

Cal Thomas
|
Posted: May 17, 2018 12:01 AM
Share   Tweet
The opinions expressed by columnists are their own and do not necessarily represent the views of Townhall.com. 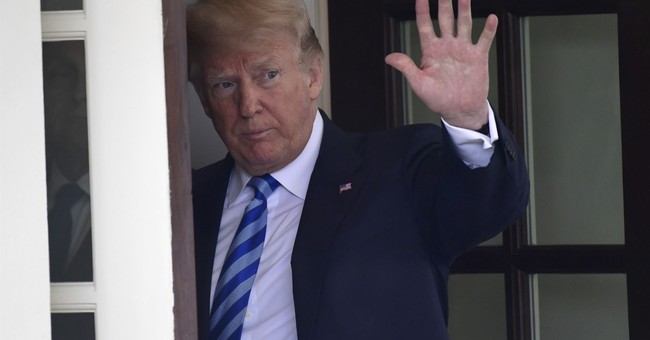 CANBERRA, Australia -- Here in Australia, "Question Time" has long been one of my favorite exercises of parliamentary democracy. The prime minister and government ministers appear before other elected members in support of their policies, while the opposition asks pointed and sometimes funny questions in an effort to belittle those policies.

At Westminster in London, "Question Time" is great political entertainment. It sometimes airs in the U.S. on C-SPAN. Last week, here in Canberra, Australia's capital, the performance I watched from the visitors' gallery, however, was quite the opposite.

One government minister referred to an opposition member as "corrupt" and "shifty" before he then called him a liar. That this labeling is often preceded by the required "my right honorable friend," or "the right honorable member" does little to mitigate the tone of what passes for modern political debate. In fact, it's not a debate at all when one person shouts at another. You can hardly persuade someone by the power of argument that way.

Politics has always been a contact sport and in America's early days fisticuffs sometimes broke out in Congress. With the advent of television and social media the public has not only been exposed to increasingly offensive language and behavior, it has often emulated it.

Across from where I sat in the visitors' gallery, a large group of schoolchildren watched the adults go at each other. I wondered what they were thinking and what kind of example was being set. If these children misbehaved in class and their teacher admonished them, would they use what they had seen as justification for their bad behavior?

American politics is also getting worse under Trump. Last week, a White House aide dismissed remarks by Sen. John McCain (R-AZ) opposing the nomination of Gina Haspel as CIA director. According to a leak from a closed-door meeting, Kelly Sadler said that McCain had become "irrelevant" because "he's dying anyway," a reference to his battle with brain cancer.

There has been no apology issued by the White House.

Nicolle Wallace, a 2008 McCain presidential campaign aide, apologized for a remark she made on MSNBC when she said of White House Press Secretary Sarah Huckabee Sanders, "How do you resist the temptation to run up and wring her neck?"

President Trump is not alone in bearing responsibility for this low level of rhetoric. He has, however, by his own caustic language, given tacit permission to his supporters to speak in similar ways. It is not just the disgusting nature of such remarks that should offend. We are not each other's enemies. We are fellow Americans, who sometimes disagree, but ought to do so with some level of respect for each other.

One can have a minimum high regard for a political opponent, as some clever practitioners of better rhetoric have demonstrated in the past, but why this increasingly angry and poisonous pattern of speech?

For creatively cutting remarks in history, it is hard to top what the late British Prime Minister David Lloyd George said of Neville Chamberlain: "A retail mind in a wholesale business," or comments by the English journalist William Cobbett about Benjamin Franklin: "A crafty, lecherous, old hypocrite whose very statue seems to gloat on the wenches as they walk the States House yard."

Those and other insults, while biting, seemed more creative and less harmful than some of the venomous rhetoric that characterizes modern political discourse.

In the Australian parliament, members talked over each other. The same rudeness takes place in Congress. Some of the worst offenders of indelicate political speech then often appear on cable news where they denounce each other as unpatriotic, and worse.

In Australia's parliament, as in the U.S. Congress, schoolchildren, and the rest of us, are no doubt learning lessons better left unlearned.