Cal Thomas
|
Posted: Apr 24, 2018 12:01 AM
Share   Tweet
The opinions expressed by columnists are their own and do not necessarily represent the views of Townhall.com. 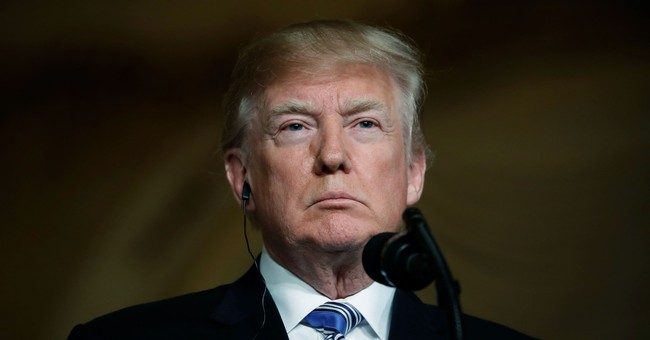 The verse refers to money, but in light of today's debate about the unaccountable devotion many Christian leaders have for President Trump it is not a stretch to apply it to their relationship with him.

Last week at Wheaton College in Illinois a number of Christian pastors and leaders gathered to discuss the future of "evangelicalism" in the Trump era. Some who were not there claimed it was a forum for Trump-bashing, some who were in attendance disagreed.

There is a conceit among some conservative Christians that God is only at work when a person they voted for is elected and that the rest of the time He must be attending to other countries. "God showed up," said Franklin Graham following Trump's election. Scripture states that all authority comes from God and that "The king's heart is in the hand of the Lord like channels of water; he turns it wherever he wants."(Proverbs 21:1)

That means that God also must have "shown up" when Barack Obama and Bill Clinton and every other president was elected. The Almighty does, in fact, have a different agenda than us earthlings and sometimes He puts up leaders to judge people for their wicked behavior.

Long ago I stopped answering people's questions about my denominational background for at least two reasons. The first is that I don't want to be defined by a label, the meaning of which can mean different things to different people. The second reason is that I don't want to be aligned with various causes and movements (spare me from movements) that have little or nothing to do with the God in whom I believe.

Which brings me to today's "evangelicals." If you do not identify as one, or if you are secular, can you define the term without a Google search? Probably not, but the word has invaded the culture much like "born again" (usually in quotes in newspaper stories) in the '70s when Jimmy Carter publicly pronounced his second birth.

Evangelicals mostly voted for the church-going Carter in 1976, though not in 1980, preferring instead the non-church-going Ronald Reagan. I understand. It was more about policy than piety.

That brings me back to the debate within evangelical circles as to whether President Trump deserves the support, even adulation, even fawning, of some in their tribe.

I will leave that for now to those debating the issue and ask a more important question. What would happen in our culture and especially in our politics if all of those who call themselves evangelicals began obeying the commands of Jesus of Nazareth?

As I read the Scriptures, which evangelicals believe are infallible and inerrant, both Testaments place obedience as a top priority for believers.

If God is supreme and Jesus is Savior, doesn't it follow that their commands and teachings should be paramount?

There is no expectation, much less any command, for believers to prop up a fallen world through government. It's quite the opposite. What would be the world's perception of evangelicals if they started obeying the commands of their true leader? Those commands are to love your enemies, pray for those who persecute you, feed the hungry (that's personal, not government), clothe the naked, visit those in prison and care for widows and orphans.

Yes, some do these things, but not enough. Today, "evangelicals" are perceived by many as one more interest group attached to the Republican Party and especially President Trump. Its members need to make a choice as to which one is their true "master." They can't serve both.