Cal Thomas
|
Posted: Jan 25, 2018 12:01 AM
Share   Tweet
The opinions expressed by columnists are their own and do not necessarily represent the views of Townhall.com. 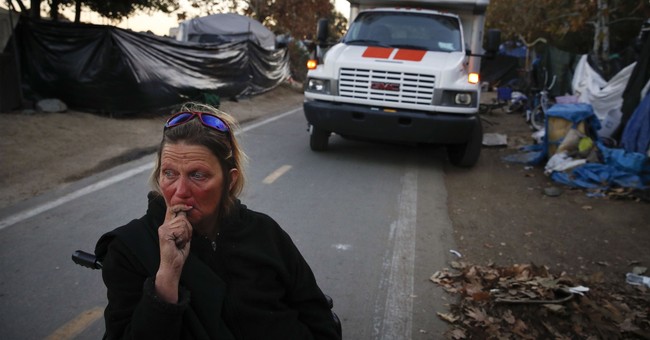 One reason Democrats seem so fixated on importing illegal immigrants and allowing their children to stay and become citizens may be the exodus from high-tax and traditionally Democratic states.

Anecdotal evidence is usually not helpful in determining trends, but when stories begin to accumulate and sound the same attention must be paid.

Two friends of mine, who are longtime California residents, recently decided to move from that highly taxed state to states with lower taxes. As much as they love California, they tell me, they can no longer afford to live there.

United Van Lines' National Movers Study has for more than 40 years tracked which states people are moving to and from. This should -- and probably has -- received attention from Democrats.

The Washington Free Beacon has analyzed the data and found people are leaving Illinois, New Jersey (where the new Democratic governor has promised to raise taxes) and New York, among other high-tax states. Sixty-three percent of outbound moves were from Illinois and New Jersey. New York (61 percent), Connecticut (57 percent) and Massachusetts (56 percent) rounded out the top five. It is hardly coincidental that these states are mostly controlled by Democrats. Illinois, with its Republican governor, is the lone exception, though the state remains heavily blue.

Apparently fearing an exodus of more high-income earners, Kevin de Leon, the state Senate's president pro tempore, introduced a bill that would allow residents to write-off state taxes on their federal returns as a charitable donation. This takes Democrats' worship of government to a new level. Officials in the Trump administration have said they are doubtful such a bill, should it become law, will go down well with the Internal Revenue Service.

The left is so imprisoned by its own ideology -- worshipping government as god -- that it refuses to see what lower taxes are doing at the national level. From the roaring stock market, to the decrease in unemployment, to corporations offering bonuses and wage increases to their employees, to companies like Apple announcing plans to bring jobs and revenue (and taxes) back to America, one might think Democrats would jump on the bandwagon and try to claim some credit.

If Democrats think they can replace American citizens who are leaving some of these high-tax states with "Dreamers" and other undocumented people, they might want to consider a new Harvard CAPS/Harris poll conducted just prior to the government "shutdown."

As reported by The Washington Times, while "Americans strongly support granting citizenship rights to illegal immigrant Dreamers ... they also back Mr. Trump's three demands for a border wall, limits to the chain of family migration and an end to the Diversity Visa Lottery. Most striking of all is the public's demand for lower overall legal immigration -- a position that has little traction on Capitol Hill but one that is overwhelmingly popular across the country."

As some have been saying, they want their country back and they have proved it by their support of Donald Trump and their rejection of high-tax states by leaving for more economically friendly ones.