The Museum of the Bible is More Than a Museum

Cal Thomas
|
Posted: Nov 21, 2017 12:01 AM
Share   Tweet
The opinions expressed by columnists are their own and do not necessarily represent the views of Townhall.com. 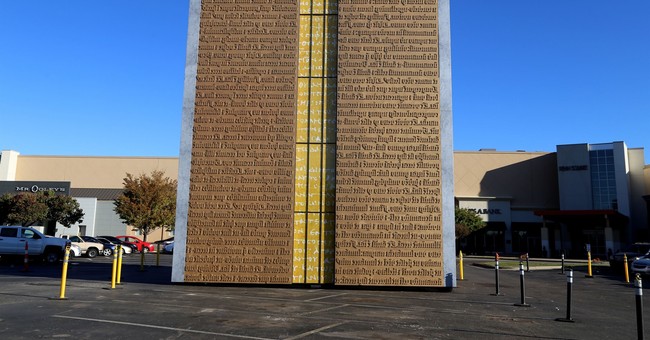 The Museum of the Bible opened in Washington, D.C., last weekend, and not a moment too soon for a city (and nation) plagued by scandal.

In addition to ongoing investigations by a special counsel and various congressional committees, sexual harassment seems to have infected the nation's capital and the country like a scourge.

One doesn't have to be Jewish or Christian (the history of these faiths being the focus of the museum), nor does one have to be religious to understand there are consequences to the behaviors now on public display.

Here's a verse that might have benefited Harvey Weinstein, Bill Clinton, Roy Moore and Al Franken, just to name a few who are dominating today's headlines: "Those who plow iniquity and sow trouble reap the same. He who sows to his flesh will of the flesh reap corruption" (Galatians 6:7-8).

A similar theme is recorded in what theologians believe to be the Bible's oldest book: "As I have observed, those who plow evil and those who sow trouble reap it" (Job 4:8).

On the other hand, there is this verse: "He who sows righteousness will have a sure reward" (Proverbs 11:18).

Human behavior from the beginning has verified these ancient truths. Such things once were taught in most schools, many homes and places of worship, but political correctness, encroaching liberal theology and a social gospel of "good works" has replaced them for many and the consequences are increasingly evident.

Having abandoned what might be labeled a spiritual GPS for guiding us through this life and offering instructions on how to attain a better reward in the next, we are witnessing what unrestrained men (and they are mostly men) are capable of doing.

The "scandal" word is used in a way that suggests a standard for measuring what is scandalous. Why is anything a scandal in 2017? If truth is personal and relative, why judge anyone else's behavior if it makes them feel good? "It can't be wrong when it feels so right" sang Debbie Boone in what could now serve as an anthem for our time.

What we are seeing is an ugly reflection of ourselves. If we don't like the image we see in the mirror we should ask how we arrived at this place and what can be done to reverse it. I recall evangelist Billy Graham once said that America is not at a crossroads, but a long way down the wrong road and needs to come back to the crossroads and take the right road. That was four decades ago. Things have gotten worse since then.

Past spiritual revivals that have touched America (and England) came from repentance and prayer. Who has faith in politicians to fix this when growing numbers of them are having difficulty adhering to a moral code themselves?

Two other verses that can be found in the museum and a Bible, which just might be on the shelf in many homes, indict us for what we have become: "Where there is no revelation, people cast off restraint; but blessed is the one who heeds wisdom's instruction" (Proverbs 29:18) and "Righteousness exalts a nation, but sin condemns any people" (Proverbs 14:34).

Who speaks of sin today? Yet it is the best diagnosis for what ails us.

Two quotes from the late Catholic Bishop Fulton Sheen have the ring of truth: "We become like that which we love. If we love what is base, we become base; but if we love what is noble, we become noble." And "Far better it is for you to say: 'I am a sinner,' than to say: 'I have no need of religion.' The empty can be filled, but the self-intoxicated have no room for God."

The cure for what ails us is to be found less in the museum, than in the book the museum hopes to draw us to. We've tried everything else, why not try God?