Diana, Still Our Goddess of Beauty

Cal Thomas
|
Posted: Aug 29, 2017 12:00 AM
Share   Tweet
The opinions expressed by columnists are their own and do not necessarily represent the views of Townhall.com. 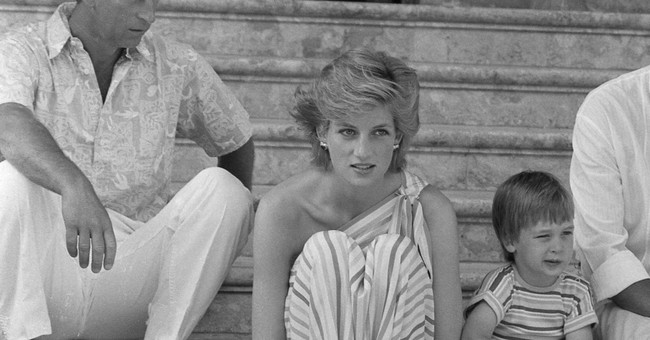 What is it about the month of August that finds so many celebrities dying?

August is also awash in images and remembrances of Diana, Princess of Wales, who died in a car crash in Paris 20 years ago. Channel 4 in Britain recently aired videotape of Diana, taken during sessions with her voice coach, Peter Settelen, in which she discussed her failing marriage and her affair with former Army Captain John Hewitt.

On the 10th anniversary of her death, I wrote a column about Diana and the cult of beauty. Those who worship her image still remind me of those who once worshipped false goddesses. Very little has changed.

"Diana is our goddess of beauty. Her image on the cover of People magazine guaranteed robust sales. We can't get enough of that face, the clothes, or the fairy tale story with an unhappy ending. Maybe if we keep reliving the story, the ending will be different, but it never is because worship based on externals is always bound to disappoint.

"Beauty covers a multitude of sins, and Diana, like all of us, had plenty of them. We forgive her multiple affairs and her manipulative tactics because we love her looks. She makes us feel good still. We desire her even in death.

"A decade ago, the feminist writer Germaine Greer penned a devastatingly honest essay for The Sunday Times that penetrated the makeup, the clothes, the jewels and the image: 'When Diana presented herself to her adoring public as a guileless girl who fell in love with a chap who just happened to be heir to the English throne, only to have her innocent young love spurned, she was acting a lie.'

"Greer says that in adulthood Diana became 'more, rather than less, devious.' It is a character assessment her adoring disciples are prepared to overlook. And then Greer writes this explosive line: 'The story of how she emerged from her dowdy chrysalis to become the people's princess is often told, but what is seldom assessed is just how much of a performance this was.'

"We are prepared to believe lies if they affirm our deepest desire to feel good, if not about ourselves, then about a goddess statue that can be as devoid of spiritual power as the false gods created by pagan peoples.

"Suppose Diana had been the mistress of Prince Charles and Camilla were his first wife. If Camilla and not Diana had been killed in that Paris tunnel would the outpouring of grief from people who never met her have been as great? Surely not.

"No one celebrates or elevates plainness; less so, goodness. Consider the power of the beauty cult. ... Cable networks employ Barbie-doll wannabes who are blondes with short skirts and apparently little self-respect. They are all interchangeable parts, virtually indistinguishable from one another. Most speak in cliches and have trouble ad-libbing anything that isn't written for them in the teleprompter, but the lip gloss and hair look great. They are the fantasies of aging male management and middle-school boys, or am I being redundant?

"The Diana cult will continue until someone younger with a better story replaces her. The public always wants a better and younger story. Consider the musical "Chicago," when public attention and favor quickly pass from Velma Kelly to Roxie Hart and then to yet another woman with a more exciting narrative.

Germaine Greer concludes by writing that Diana was a 'desperate woman seeking applause.' No wonder so many still love her, because they are seeking the same thing."