Cal Thomas
|
Posted: Apr 28, 2016 12:01 AM
Share   Tweet
The opinions expressed by columnists are their own and do not necessarily represent the views of Townhall.com. 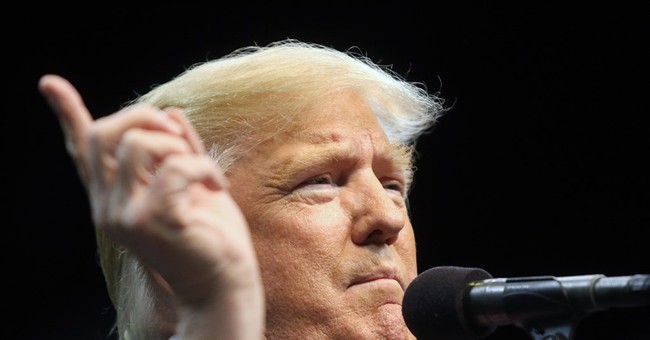 Trending
Religion and politics are again at the forefront of this year's presidential race. Yet, in this campaign, self-described evangelicals don't seem as concerned as they once were about a candidate's personal faith. Otherwise, more of them might support the openly Christian candidate, Sen. Ted Cruz, rather than Donald Trump, whose familiarity with the Bible, not to mention the lifestyle it recommends, places him among biblical illiterates.

At the Southern Baptist Theological Seminary, I participated in a forum called "God and Politics," along with SBTS president R. Albert Mohler Jr. The forum was packed. It was also civil, respectful and non-confrontational and many in attendance wished it could be the norm.

Dr. Mohler noted that "God and Politics" wasn't meant to be "either/or," and he was right. Christians have the freedom, he said, even the obligation, to speak to leadership and culture from a biblical viewpoint. Right again, but my main point was that in an increasingly secular society, conservative Christians must find a better way to make their message heard, if they hope to prevail, especially on social issues. To quote a biblical passage they should be "wise as serpents, but harmless as doves."

The difficulty facing conservative Christians today is revealed in research conducted by the Barna Group, a leading research organization focused on the intersection of faith and culture. In a survey published in August 2015, Barna found that: "While the United States remains shaped by Christianity, the faith's influence -- particularly as a force in American politics and culture -- is slowly waning. An increasing number of religiously unaffiliated, a steady drop in church attendance, the recent Supreme Court decision on same-sex marriage, and the growing tension over religious freedoms all point to a larger secularizing trend sweeping across the nation."

To underscore its findings, Barna reported that between 2013 and 2015, "the percentage of Americans who qualify as 'post-Christian' rose by seven percentage points," from 37 percent to 44 percent.

This tracks with what the Pew Research Center reported in May 2015. It found that "the percentage of Americans who are religiously unaffiliated -- describing themselves as atheist, agnostic or "nothing in particular" -- has jumped more than six points, from 16.1 percent to 22.8 percent." And, according to Pew, the "unaffiliated are comparatively young -- and getting younger."

Before secularists start rejoicing they should consider what happens to nations that abandon faith, or transfer faith to political leaders whose unwillingness to solve problems is behind much of the anger and frustration in both parties.

Religious language infused the nation's founders and even the late liberal icon, Justice William O. Douglas said, "We are a religious people whose institutions presuppose a Supreme Being." The problem has always been how one applies such a presupposition to government and culture. It is a tension that has been with us from the beginning of the nation and most notably influenced the debate over slavery, the civil rights movement and in our day, abortion and human relations.

That Christians seem to be losing ground in what has erroneously been called the "culture war" may not be a bad thing. It might force them to re-think their primary calling, which is to a kingdom "not of this world." By following the instructions and example of Jesus of Nazareth to love your enemies, pray for those who persecute you, feed the hungry, clothe the naked, visit those in prison, care for widows and orphans and love your neighbor as yourself, the result might be what they are seeking in politics, but can never find: a bubble-up "morality" that results from transformed hearts, which cannot come through politics.

During the SBTS conversation I quoted C.S. Lewis: "A sick society must think much about politics, as a sick man must think about his digestion."

That we focus too much on politics -- a faith in its own right -- when it consistently has demonstrated it cannot address our deepest needs is an indication of how sick we have become. Rather than despair, Christians should recall where real power comes from and apply it as the early church did when it was the target of persecution.