Who Needs an Ebola Czar? 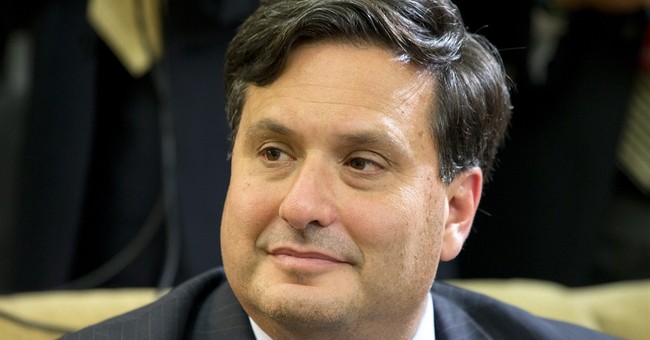 "Rabbi, is there a proper blessing for the czar?" He thinks for a moment and responds: "May God bless and keep the czar ... far away from us!" -- "Fiddler on the Roof"

Today, "czar" is a term encouraged by the media to describe one who oversees a specific government policy. According to The Atlantic.com, President Franklin Roosevelt "solidified the trend" of using the word czar to identify policy appointees. Some modern presidents appointed several czars. Ronald Reagan named just one, a drug czar. He was Carlton Turner, director of the Drug Abuse Policy Office. How well that worked can be seen in the increasing numbers of states, and the District of Columbia, that have legalized or decriminalized the use of marijuana.

To combat the Ebola virus, President Obama has named a political operative, Ron Klain, as his Ebola czar. Defenders of the appointment say Klain is an experienced political operative who can "coordinate" the U.S. response to the virus. Why do we need a coordinator? What is the secretary of Health and Human Services for? How about the surgeon general's office? Granted, we have only an acting surgeon general because Republicans opposed President Obama's choice due to his advocacy of gun control and other policies they oppose, but an acting surgeon general can still act like one.

Recall the late U.S. Surgeon General C. Everett Koop, appointed by Reagan. The left was strongly opposed to Koop, largely because of his pro-life views, but after the professional way he addressed the AIDS epidemic, many liberal senators, convinced of his integrity, supported him.

A virus doesn't discriminate. It can kill Democrats and Republicans and so should have no place in the political debate. Except President Obama seems determined to turn even Ebola into a political fight by selecting a rabid partisan and former aide to Vice President Joe Biden and Al Gore. According to the White House, Klain will report, not to President Obama, but to National Security Adviser Susan Rice and probably White House Senior Adviser Valerie Jarrett, who increasingly seems the real power behind the White House throne.

One of the problems in dealing with Ebola has been the diversity of voices and opinions coming from different places. The president says one thing, spokespeople at Texas Health Presbyterian Hospital in Dallas another, Dr. Thomas Frieden at the Centers for Disease Control and Prevention something else and doctors at the National Institutes of Health something different again. And sometimes their diagnoses don't match, or have to be updated with circumstances that mutate into things previous statements said were unlikely to occur.

All of this adds to the perception by many Americans -- reflected in numerouspolls -- that incompetents are running our government.

On Wednesday, the CDC finally announced a program to monitor those entering the country from Ebola-affected countries in West Africa. Shouldn't we have been doing this all along? After all, we monitor fruit, vegetables and plants entering the U.S. from other countries. Should I wish to travel with a pet, in some countries it must be quarantined for days, even weeks, to make sure it is free of disease. Monitoring humans who might be infected with a potentially deadly virus should have been a no-brainer weeks ago.

Klain's only medical experience seems to be self-administering aspirin for a headache. While well connected to the Democratic Party, he lacks the standing and credibility to coordinate the anti-Ebola fight. And so, he should be kept "far away from us."